Day two of the finals in Naldehra for the Frame the Star face-off was full of twists and turns in more ways than one. It rained most of the day. But did it deter our finalists? Prasad Np aka desi Traveler takes you through a day that the contestants will remember for a long time. 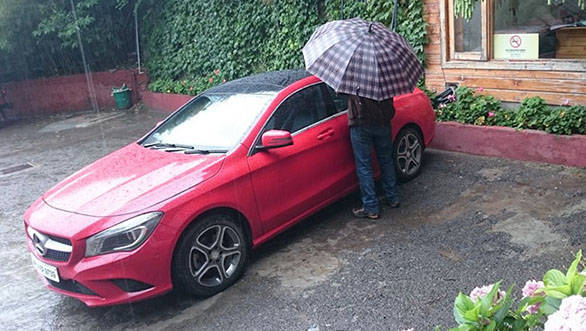 Day 2 of the finals for the Frame the Star contest face off in Naldehra started with great expectations but soon turned into a day with twists and turns and I don't just mean the turns on the mountain roads.

We were told about a heritage village called Koogi about 7km from our hotel, The Chalets in Naldehra, and we decided to click the Mercedes-Benz CLA with the old homes of the village serving as backdrops. But our information turned out to be incomplete - after some searching, we were able to find the village but could not click any pictures. Not because the village was not beautiful, but because it was totally inaccessible by road. To reach the road one needed to climb down a trail, as there was no road to reach the village. Disappointed, we were wondering what to do, and then it started raining. While I was a wondering what to do in the rain, Raju decided to make the most of the rain, and asked us to go back to the hotel.

Once in the hotel, he opened an umbrella and started shooting the car in the rain for over two hours. For his motto is very simple, come rain or shine, the show must go on. He tried some really unique shots with the car in the background and the raindrops playing music on the sunroof of the Mercedes-Benz CLA.

Later, when he joined us for lunch, I asked him about what he had been trying to capture in the rain. He showed me some pictures that were not only really tough to capture but also the kind of brilliant that very few could even conceptualise in hostile weather. 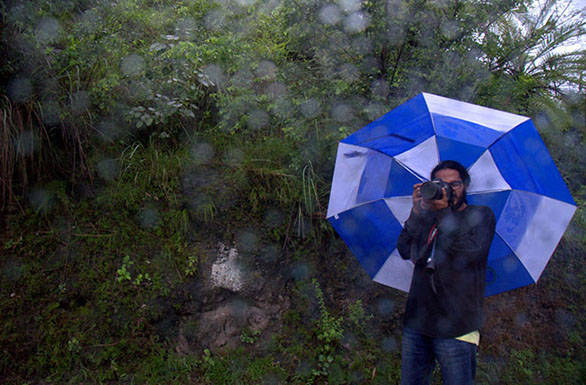 Post lunch, I joined Kevin, and we decided to go on a long ride towards the banks of the Sutlej River and reach a place called Tattapani, known for river rafting and hot water that originates from the river bed, a rather rare phenomenon.

Throughout the journey, we drove in the rain and even when we were on the banks of the Sutlej, it was still raining. But like a true warrior nothing could stop even Kevin, least of all some rainfall. He too took out his umbrella and started shooting the car in the rain.

I have nothing but immense respect for these two passionate photographers, who rather than getting disappointed at the vagaries of nature, decided to make the most of it and started clicking in the weather that would make most of us sit back at home and enjoy rather than go out. I guess this dedication to the art of photography is what separates the greats from the good - no wonder they are in the finals.

Keep watching this space to see what happens next in the finals of the Frame the Star face-off in Naldehra, Himachal Pradesh.

Prasad Np is a passionate photographer who enjoys photographing people, wildlife and travel. He is the author of the travel and photography blog called desi Traveler. You can connect with him on Instagram and on Twitter @desiTraveler 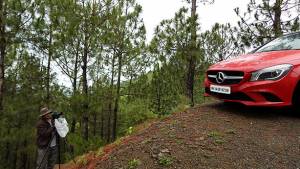 Mercedes-Benz Frame the Star: Naldehra to... 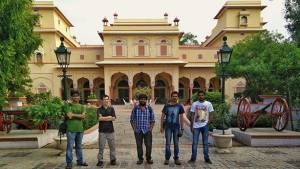