"Silke said it would rain today," a veteran WRC journalist says to me, one eye on the sky, while busy stuffing a raincoat into his backpack. All through the weekend at Rally Poland, I keep hearing Silke's name, with people picking up or leaving behind rain gear before heading to the stages all based on her weather predictions for the weekend. And given that her predictions are usually accurate, it's no wonder then that the Volkswagen Rally team relies on her, putting implicit faith in her forecasts, with the drivers and engineers both consulting her before making decisions in terms of tyre choice and set up.

"If it's a rally that I haven't been to before, like Poland this year, I begin forecasts four weeks in advance," Hansen says. A qualified meteorologist who has also worked with the Porsche Carrera Cup, Sauber F1 and the Ford World Rally Team in the past, she begins reading the weather forecasts and making predictions and then checking to see whether or not she had been accurate. In the lead up to the rally this proves invaluable for her to see whether or not her predictions are correct or not for that particular region. And once the rally starts, the whole process of predicting the changes in climatic conditions becomes even more crucial, with the drivers relying on her to tell them exactly what the environment will be like at a particular corner on a particular stage of the rally. Silke has to tell them about the temperature, the possibility of rain, the impact that will have on soil conditions and the like for every single kilometre of the rally. 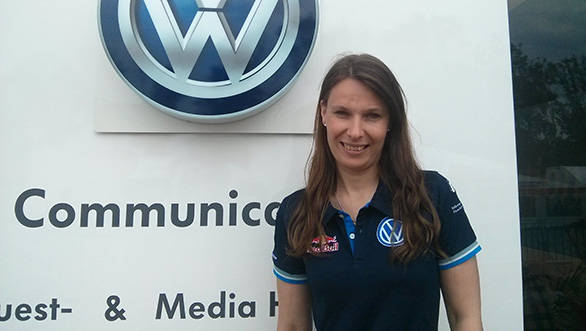 "Before going out, Sebastien (Ogier) asks me 'Silke, tell me what I will find outside today', so I need to tell them exactly what sort of conditions they will find around this turn and down that straight on the rally route." And the predictions need to be accurate especially in terms of time. "For example with the stages yesterday, I told them that the rain would come at a particular time, which meant that the rain was chasing the rally cars around. Every time they cleared the stages, the rain fell. The choices that the team made would have all been wrong had the rain come one hour before, because the stage conditions would have been very different and our drivers would have been chasing the rain and not the other way around," she says.

When it's a rally that she is familiar with, however, Hansen only begins predicting the weather conditions two weeks in advance. During the week she's a weather presenter on German television, which poses a rather different challenge. "There I have three minutes to sum up the weather in general for a very broad region. But here, my predictions need to be accurate for specific points and specific times." The challenges, however, change from rally to rally, depending also on the number of satellites a region has focussed on it.

When the three Volkswagen Polo WRCs of Sebastien Ogier, Jari-Matti Latvala and Andreas Mikkelsen finally come in after the last of the stages on the Sunday at Rally Poland, it turns out every one of Silke's weather forecasts has come true for the weekend. Something that helped the team immeasurably over the course of the many stages at Mikolajki. And as I discover, the next time Silke says to carry an umbrella along, I really must! 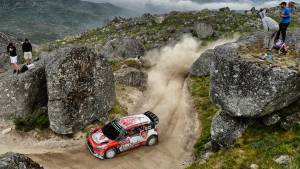