Maruti just sent back the long term S-Cross to me after a few days in service. I'd raised a concern about the rear suspension and how some of the sounds it made and the sensations it passed through to the steering wheel felt unnatural. In response, Maruti did send a team to check the exact nature of the sound and after several consultations with me and test drives we did identify that the suspension on the rear left did seem to have an issue. The gas charged dampers were replaced and the car came back, now after just a short test it appears to be riding as comfortably as before.

After several tests and with Bob, Halley and others from the team chipping in to present their own evaluations, here is the conclusion we have come to. The bump stop on the rear suspension is set quite low, which means there isn't adequate travel. This works for urban conditions where the road quality is supposed to be better than in rural areas and the springs do not have to travel much. Unless you live in Mumbai with its 'road conditions from all of India' simulated in one city. So once the roads get bad and there are more undulations to sort out, the suspension basically gets exhausted quicker. So road surface changes, concrete expansion gaps and sections where two different surfaces meet and create unevenness, all strain the rear dampers. Which led to the rear suspension crashing sounds I heard. So in most cities this is not a concern, but if you live some place where the roads have a lot of potholes or are just simply too rough, you may face similar concerns.

Some years ago, Honda had a similar issue in the City and the Civic and they had corrected it with a rough road package where the suspension setup had stiffer dampers and springs. That was over a decade ago, when the roads were not in the best condition. This is now, infrastructure has improved, so manufacturers can afford to reduce the tolerances on certain aspects of cars or allow them to focus more on one aspect and less on others. That's why dampers have lesser travel or engines have more flat torque curves, or clutches are made stronger, brakes more durable etc etc.

I must also mention, of all the times we have flagged any concerns with any vehicle in our long term fleet, Maruti has been the most proactive manufacturer where addressing those issues is concerned. I do hope this same level of attention that I get is what they shower on their customers, whether its through their Nexa outlets or just plain Maruti Suzuki. You can write in to me and tell me if it isn't so. 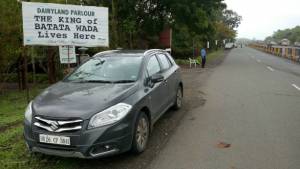 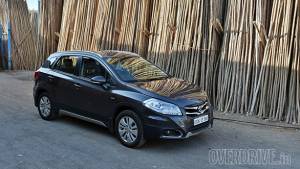