We got the Mahindra Mojo long termer in November, 2015. As fate would have it, I could ride it only for a couple of days before heading to New Zealand for a month long vacation. The Mojo however, wasn't lying idle in the office parking  lot, but instead was being used by my colleagues.

When I had returned, the Mojo looked like it could do with a service, and so that's the first thing I did. The motorcycle had its oil and filter change, the chain lubed and it was also given a thorough wash. Mahindra also recommends that the air filter be cleaned every 6,000km during a service. The air filter box sits under the tank and I was told that it's a bit tedious to get to. Most of the Mahindra technicians were unaware as to how to open it  perhaps some more training is required. Our motorcycle also had an issue with its balance where the bike never felt very composed when leaned over. I got the motorcycle back after four days and now it's running just fine. 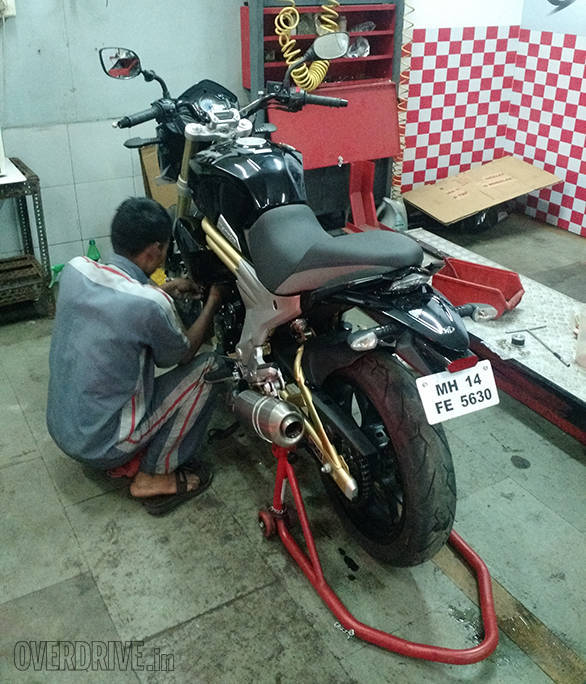 But during those four days, I had another Mahindra Mojo which I thought displayed a tendency to cut off at low revs just like our long termer. I was told that this was because of a software glitch which was fixed on our long term motorcycle with an ECU flash. Apparently the first 150 motorcycles that were made had this issue and the newer lot gets a new ECU which fixed the problem. The wobble that I was talking about was 'fixed' by just removing the front wheel and reinstalling it. I have mailed Mahindra asking for a more detailed explanation and this story will be updated with their response. The total bill for service came to Rs 2,000 which is not bad at all for a 300cc motorcycle. 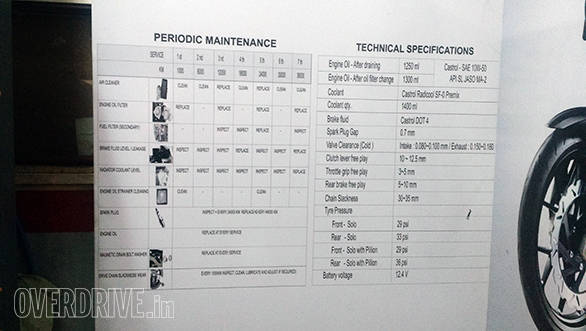 The service schedule for the Mahindra Mojo

After the service, the motorcycle feels more eager to rev. Unlike after riding my previous long termer, the Karizma ZMR, I arrive at work without buzzing fingers. The copy editor now tells me spelling errors in my stories have definitely reduced as a result of this! Jokes aside, the Mojo still is a massive attention grabber. I can see people inching forward in traffic or craning their necks in the rear view mirror to just look at this motorcycle. The riding position is strange but ultimately quite comfortable and I believe the Mojo will make for a good tourer.

Before I forget, I also had the dB killer removed on both cans and the bike is now seriously loud. It sounds pretty awesome to my ears but the rest of the team is convinced that it is simply too loud. I may be forced to agree because I am now the most hated man in the canine circles around my house. The fear of getting my ankles snapped off every night is making me consider refitting the dB killer.

Update: Mahindra have confirmed that the front wheel wobble was fixed by tightening the cone set. Also, the ECU now has a rubber cover which prevents dust and moisture from accumulating in the unit, thereby preventing the engine from stalling. 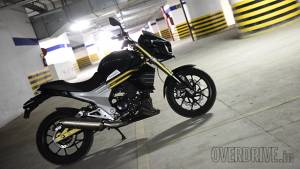 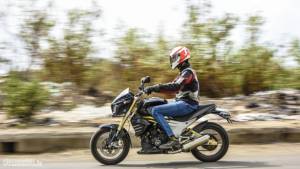 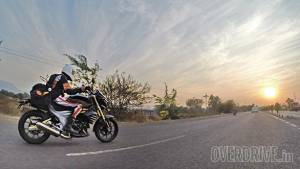