"If everybody finished the race, it wouldn't be the Dakar."

That's David Castera, the sporting director of the Dakar. One of the most challenging motorsport spectacles the world has ever seen, and if sanity prevails, is likely to ever see. And almost as if to prove that the 2014 edition of the event was as Dakar-ish as it could get, the magnificent rally raid was even more so than usual, a rally of attrition. Perhaps it wasn't the most brutal assault on competitors, there have been a higher number of DNFs by the halfway mark in the past, but in terms of percentage, this ranks pretty high up there. Just below the purgatory that the 1986 Dakar was, then, given that that particular edition of the event saw the death of Thierry Sabine, the man who came up with the concept of the Dakar itself! 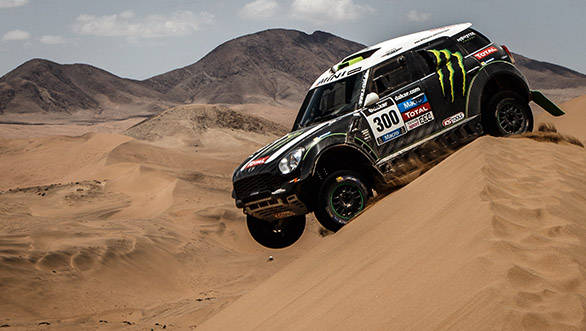 The 2014 Dakar saw some competitors complain that the marathon stages of the rally were far too gruelling, with no technical support for as long as two days. Others just fell victim to the vagaries of the rally itself - the crushing heat, the billowing sands, the fatigue and more. And as is the case usually with the Dakar it was the men who were best able to withstand the torment of the desert, the course and the rally itself who made it to the finish. Here are the men who triumphed.

"It's a dream come true. My former co-driver Henri Magne and his wife Lucette are in my thoughts. This victory is for Henri" 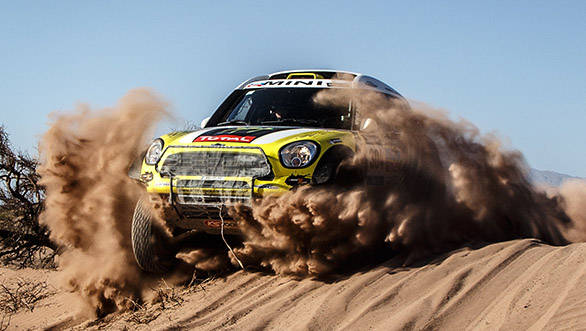 It was a tearful Nani Roma who crossed the finish line at the 2014 Dakar. After all, it had been ten long years since he won on the treacherous desert sands. Back in 2004, Roma won astride a KTM, but ever since he switched to four wheels, victory appeared to elude him. Until this year, though. While the 2014 edition of the race started out as unpredictably as ever - with Carlos Sousa in a Haval winning stage 1 - things became a little more clear as the days wore on. Stephane Peterhansel got off to a slow start, and despite the fact that the Frenchman was chasing his twelfth overall Dakar win, it didn't look like things would go his way. The signs were clear though - it would be an X Raid Mini that would most likely be the car at the top step of the podium when the dust settled. The battle was on between Roma and his X Raid team-mates Peterhansel and Nasser Al-Attiyah. And with Roma and Peterhansel at each other's throats, or should we say tailpipes, towards the closing stages of the Dakar, the team began to fear that in their quest to beat each other to victory, they might fall prey to the demons of the Dakar. Team orders were issued as they set off on the 13th and final stage of the rally raid asking the pair of them to maintain position. Peterhansel at one point even rolled to a stop letting Roma stay ahead of him in Stage 13. To some, it seemed a hollow victory. But not to Roma, who dedicated his win to his former co-driver, the late Henri Magne. Ten years to the day he won on two wheels, Roma had claimed the Dakar on four.

" I don't know if I'll ever win it again. I'll try, I'll work hard for it, but it's a very complicated rally." 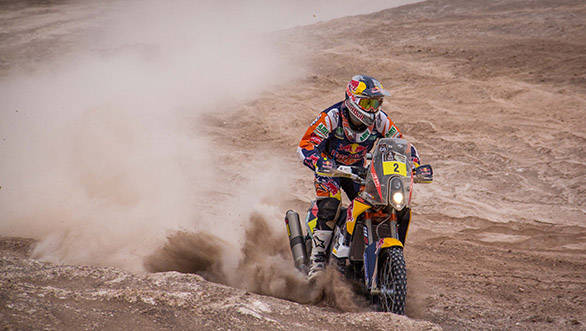 A year ago, Marc Coma had simply no hopes of making it to the Dakar start line, having injured his shoulder in a crash at the Rally of Morocco. So it was with renewed vigour and determination that the Spaniard took to the stages of the 2014 Dakar. His arch nemesis as the rally kicked off would prove to be Joan Barreda Bort, with the younger Spaniard amazing the world with his turn of speed. But Barreda Bort would lose his lead in the rally steadily after the rest day. Coma would play catch up, his KTM flying over sandy stages, across the rocky terrain, and over trail and dune alike, until the Dakar was his for a fourth time. Cyril Despres would recover from his tough start to the rally, slowly chipping away at Coma's lead, finally finishing second in the motorcycle category. But if there's one thing that the 2014 Dakar has proved, it's this, that the likes of Coma and Despres have a new challenger headed their way - Barreda Bort. Bang Bang, he's going to get you soon.

"I won! I'm over the moon, I'm lost for words. It's a flood of emotions. The last 20 to 30 kilometres were amazing: the crowds, people cheering me on, banners... It hasn't sunk in yet." 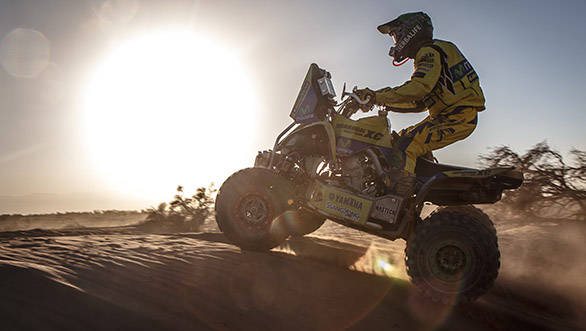 Ignacio Casale has had a varied career when it comes to the Dakar. The 26-year old rider first started out in the event in 2010 when he competed in the truck category with his father. The pair of them finished 26th, which meant Casale earned himself a wild card entry into the 2011 edition of the Dakar. He swapped the mighty truck for a motorcycle, finished no higher than 40th and decided that four wheels were more his thing. Quad bikes it was! In 2012 he finished fourth in the quad category, a year later he was second, and in 2014, he finally took his first Dakar win. Perhaps Marcos Patronelli's words were prophetic when he declared at the end of the second stage "The Dakar has just begun". Well, Patronelli's lead in the rally didn't last very long - in fact he relinquished it to the Chilean at the end of the next stage. Casale then merely had to fend off attacks from Rafal Sonik, Sergio Lafuente and Sebastian Husseini. Victory at the Dakar would finally be his. "I didn't even think of all this a few years ago." Well, Ignacio, you did it anyway. 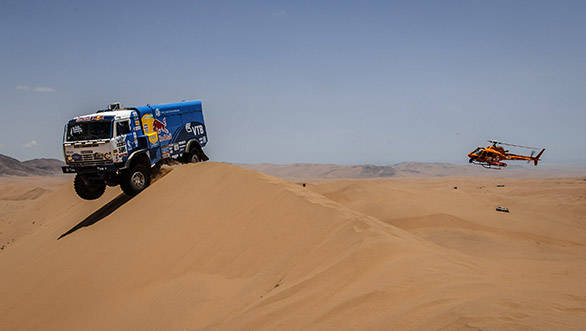 We've said it before and we'll say it again. It just wouldn't be the Dakar without those blue Kamazes flying over the sands. And ably piloting one of those Kamazes was Andrey Karginov. The only real threat to Karginov was that pale green Iveco piloted by New Zealander Gerard de Rooy. But Karginov put in commanding stage wins along the way, gradually moving to the lead and staying right there. It was Karginov's first win at the Dakar. And so what if the Tsar of Dakar, Vladimir Chagin isn't around to win. So long as a Kamaz wins the Dakar it seems like all is right with the world!