Learnings from my first supercar experience

Driving a thoroughbred supercar for the first time stirs up a lot of emotions - happiness, excitement, fear, surprise and, in my case, some sadness too. The Audi R8 V10 Plus is one of the last hoorahs of a dying breed - large displacement, naturally aspirated supercars. This is my first time driving one, and the fact that it will soon be gone makes me quite sad. It's like taking away candy from a kid just as he's unwrapping it. "Enjoy it," said Rishaad before I left for the BIC, Delhi. He too seemed a bit sad, knowing that these cars are going to be very hard to come by soon. 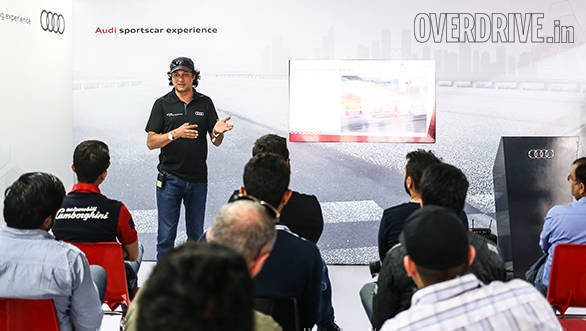 Once there, I walked right past the line of Audi TTs and RS 7s without so much as a glance, and went straight to the yellow R8. I buckled up behind the wheel while a fellow journalist bravely took to the passenger seat. I blipped the throttle once. The unadulterated sound of a naturally aspirated V10 immediately put a very big smile on my face. Then I blipped it some more. I was glad I was wearing a face mask under the half-face helmet because I was grinning like a damn idiot the whole time I was on the track. Except, of course, on my second lap. 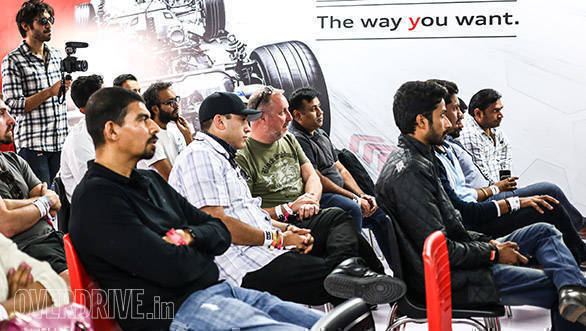 The first lap was just warm-up, with Rayomand Banajee in the lead Audi R8 LMX showing us the ropes. In the second lap, we were let loose a bit. As I turned out of C1, I hit the throttle a little harder than I wanted to, and the car snapped, quite badly. For the first time in my life, I knew what it felt like to lose control of a car. How fast was I going? I don't know. I wasn't looking at the speedo. What did I do? I'm not too sure. It was a bit of a blur once instinct kicked in. I kept the throttle pressed, counter-steered left, then right, then left again and the next thing I knew, I was jolted back into a straight line. 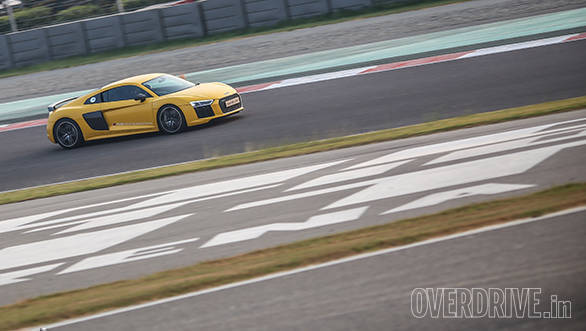 What was going through my mind? "Holy s***, holy s***, holy s***! Okay, phew! I didn't spin out! Now, where's the next apex?" Clearly, the "when in doubt, flat out" comes to good use. Rayo's voice then crackled over the radio, "Remember, don't accelerate hard unless your steering is straight." 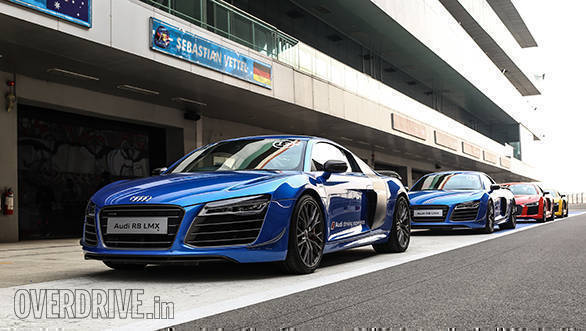 I got one more lap behind the wheel, which I managed to get right. I could actually feel the Quattro system working constantly in the corners, keeping the 610PS/560Nm car moving forward instead of sideways. The way it effortlessly picked up speed and continued to pull strongly even at the 250kmph mark was astounding! What was equally astounding was how quickly those massive ceramic brakes brought the car back down to double-digit speeds from 250kmph. 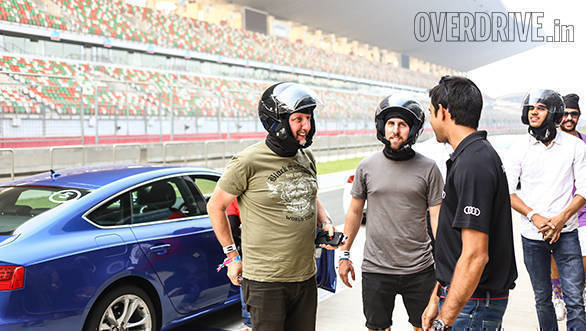 After a quick driver swap, the next three laps went by in a jiffy in the passenger seat as I thought about my big "whoops!" moment. I'll be honest, it scared the living daylights out of me, albeit in a very fun and exciting way. But it was a very humbling experience. Sometimes it's only when you cross your limit do you know where it actually begins. The fact that the R8, a supercar known for being friendly with its vast electronic safety net, can bite if you get careless, taught me to give these cars the respect that they demand. 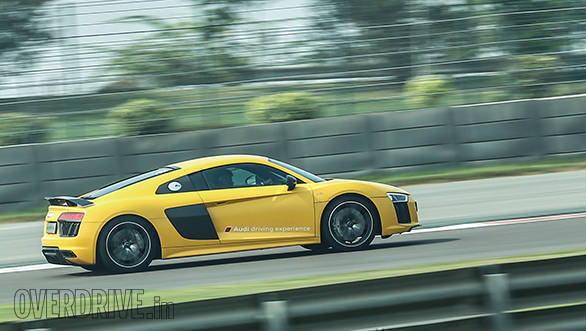 What was next on our agenda was a big surprise. We were directed to a line of RS 6s and RS 7s at the parking lot. I picked an RS 6 and I noticed all the electronic assistance systems were suspiciously switched off. Cones were arranged to form a semicircle, and they wet the surface. No points for guessing what comes next. Four-wheel drive drifts! Rayo stood outside and when he said turn, you'd turn, and when he said floor it, you do just that. 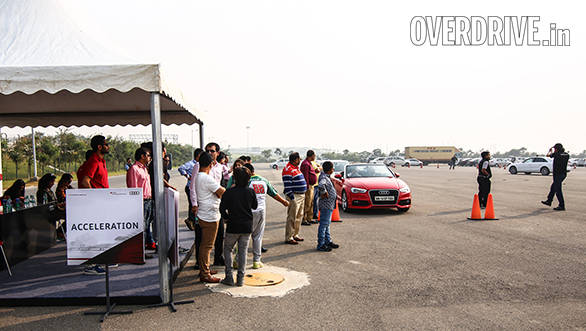 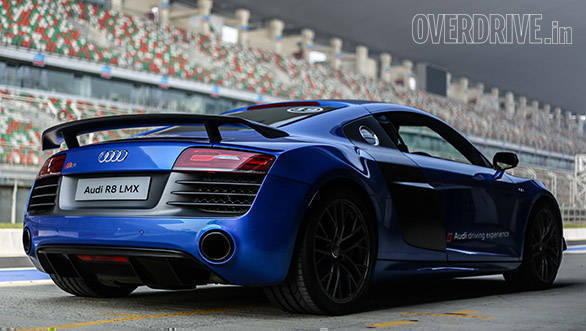 Next thing you know, you're going wonderfully sideways! Despite having several goes at it, I shamelessly tried to sneak in an extra run while no one was looking. But Rayomand "hawk-eyes" Banajee caught me red handed, and I had to pull over obediently. What I understood from this exercise, though, is the difference that people told me between a turbocharged engine and a naturally aspirated one. Despite running a very advanced twin-turbocharged V8, the RS 6 still lacked a certain crispness I felt behind the wheel of the R8. It's something I had to feel for myself before I understood what everyone else was talking about. 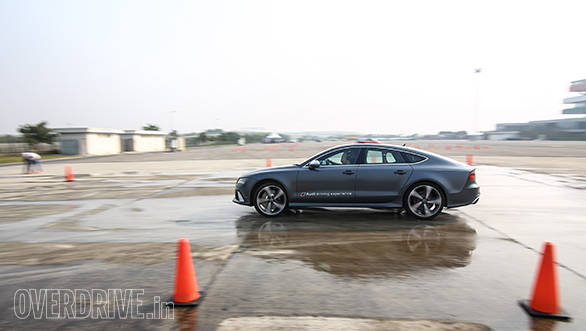 I've driven really fast cars before, including the RS7 which is almost as fast as the R8. But nothing compares to the amount of emotion or experience that a thoroughbred supercar can give you. It's built specifically to make you go "Hot damn!" And it takes its job very seriously. So while I'm still sad about the slow death of naturally aspirated supercars, I'm just as happy that I got the chance to go "Hot damn!" in one of them. 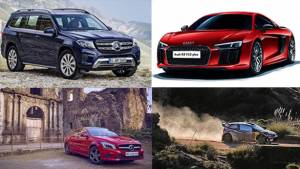