That Porsche is the winningest manufacturer at the 24 Hours of Le Mans is well known. In fact, it's so well known and so well-established a fact, that when Audi began racking up the wins and looking set to wrest from Porsche the title of most number of wins in the history of the sport, Porsche was having none of it. In 2012 they announced that they'd be making a return to Le Mans, and they did it with the not so subtle tagline "Mission 2014: Coming home". It announced to the world that the good folk from Weissach were the true inhabitants of the Circuit de la Sarthe, and that they would soon return to their winning ways. 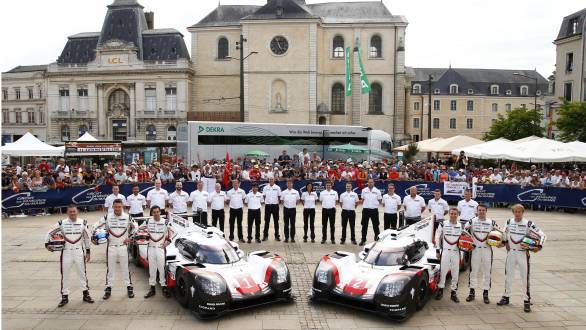 While they might not have won upon their return, Porsche managed to claim victory at the 2015 edition of the race, with drivers Nico Hulkenberg, Earl Bamber and Nick Tandy taking the Porsche 919 Hybrid to the top step of the podium at Le Mans. And then there was the race last year, which will go down in history as one of the most unpredictable races at Le Mans. No one, least of all Romain Dumas, Neel Jani and Marc Lieb believed that they would be the ones crossing the finish line first, which is exactly what happened when Kamui Kobayashi's No.5 Toyota suffered a mechanical problem and stopped on the final lap of the race. It was heartbreak for Toyota, and jubilation for Porsche. And now, with two wins under their belt since their return, Porsche is chasing their third win in a row. Along with it they are chasing their 19th win at the 24 Hours of Le Mans. 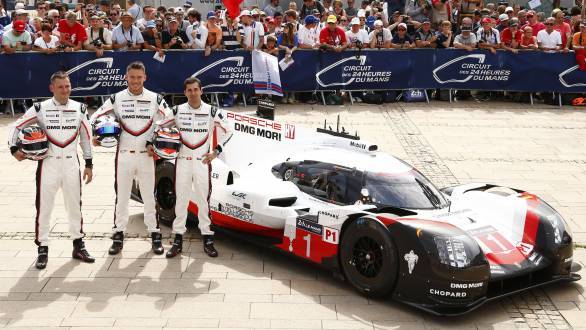 So who is leading their charge at the 2017 edition of the 24 Hours of Le Mans? Porsche returns to Le Mans with the most experienced driver line-up in recent times. Of the six Porsche drivers, five have already won the 24 Hours of Le Mans. Piloting the the No.1 Porsche 919 Hybrid are Neel Jani (winner last year), Nick Tandy (winner in 2015) and Andre Lotterer (winner in 2011, 2012 and 2014 with Audi Sport Team Joest). Neel Jani has the distinction of having set the lap record at Le Mans in 2015, when he lapped the 13.629km long circuit with a time of 3min 16.887sec on his way to pole during qualifying. Jani even clocked the pole time in 2016. Tandy will be eager to put behind him the DNF in the GTE Pro category at Le Mans last year. While Lotterer, the man's been a part of one of the most successful teams at Le Mans in the last decade. What that means is that the combination of Jani, Tandy and Lotterer is that of speed and experience. Not a bad line up at all for the No.1 Porsche. 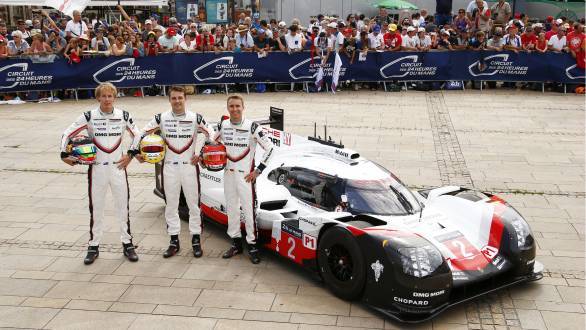 Brendon Hartley, Earl Bamber and Timo Bernhard get behind the wheel of the second Porsche 919 Hybrid

The No.2 Porsche 919 Hybrid sees Timo Bernhard (winner in 2010 for Audi Sport North America), Earl Bamber (winner in 2015) and Brendon Hartley behind the wheel. Bernhard needs no introduction and has been part of the Porsche-Le Mans return project since the very beginning. For him, winning with Porsche, will be the stuff of dreams. Bamber is one of the drivers who found himself without an LMP1 drive in 2016, even though he'd been part of the winning team the previous year. However in December 2016, with the redistribution of Porsche works drivers (Romain Dumas was moved, while Mark Webber retired) Bamber was called up to drive again. Partnering him is his childhood friend and fellow New Zealander Brendon Hartley. And even though Hartley is the only one without a Le Mans victory to his name, he's no slouch. The youngster is known to be one very quick driver, and rapidly rose through the WEC ranks, first competing for the Murphy Prototypes team in the LMP2 category of the event in 2012 and 2013, before being signed on to partner Bernhard and Mark Webber since 2014. 2017 could well be his year at Le Mans. 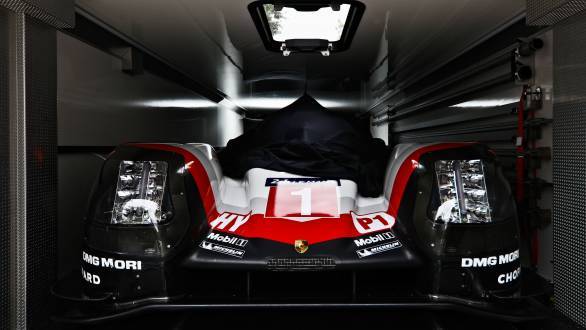 Another year, another victory at Le Mans for Porsche?

If there is cause for concern though, it is the fact that Toyota is doing stunningly this year. Early signs from testing at Le Mans indicate that the Japanese team is truly the one to beat. Provided, of course, that their spate of bad luck at the 24 hour race finally eases up. The words of Porsche's LMP1 team principal, Andreas Seidl, were sobering though, with the German stating that matching Toyota's test day pace was "impossible". But Le Mans, like much of motorsport, is so unpredictable, which means that anything (yes, we mean anything) can happen. Porsche's chances of a third win on the trot certainly shouldn't be dismissed outright. We'll know more in a few hours' time, as practice and qualifying gets under way at the Le Mans 2017!