I remember when I first met Aditya Patel at the racetrack. It was a time of tremendous tumult in Indian motorsport when there were warring factions and it appeared that one or the other would gain the power to control all motorsport activity in the country. It was also my very first time covering a race for a publication. As a young motorsport scribe with many bold questions to ask, I certainly had to find someone to, er, ask them of. But tempers were flying high at the Kari Motor Speedway and my courage was fast failing. I saw one elderly official sternly admonish a journalist with plenty of finger wagging too, twitching face muscles and a vein on his forehead that looked like it would pop. It was at this juncture that I spotted Aditya Patel. Target acquired. A racecar driver who wore braces and had a Bugs Bunny sticker on his helmet couldn't be too scary, now, could he? 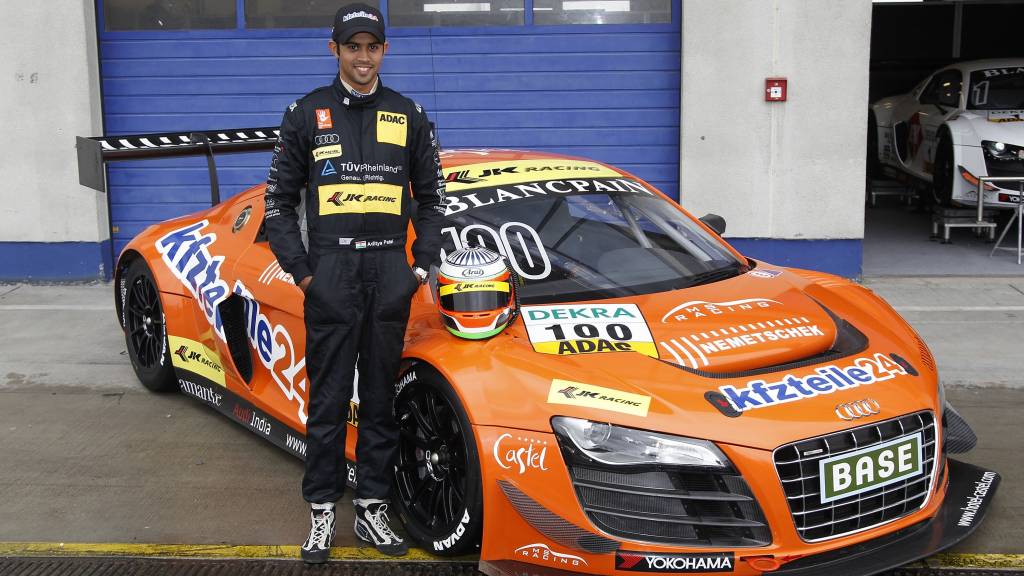 But even back then, those many years ago at the Kari Motor Speedway, when Aditya Patel was all of 19 years old, it was evident that he was a driver with tremendous courage, the ability to showboat in a car and be something of a photographer's delight. Off the track he was friendly and courteous, but also made sure that his answers were steeped in tact and diplomacy. This here was a racer who knew how to keep his nose clean  both on and off track.

"We needed to get him into a sport where he could focus," says Kamlesh Patel, Aditya's father who is an accomplished racecar driver in his own right. And with racing running in the family, it was a given that at some point in his life he'd be introduced to it. Of course, young Aditya didn't have to wait too long for that opportunity, because when he was all of four years old, his father presented him with a go-kart. He did have a couple of runs in it when he was little, but confesses that once the fascination of the new toy wore off, he didn't really think about it too often. Until one day in 2000 when his father took him to a go-kart circuit in Chennai. It might not have been serious racing, but it was racing nonetheless, and Aditya realised that it was fun.

Then he'd badger his father to take him karting every so often. Until at one point it just made sense to allow him to start competing. And it wasn't like he hadn't already proved that he was fast  his first ever competitive event was the Lanson Toyota Karting challenge, which he won. Then it was on to full-blown karting when Rotax came along in 2003. And after that, there really was no looking back. Single-seaters were the next step and he gamely stepped into FISSME and then the Formula Swifts and Rolons. Somewhere along the way, in between school and exams, he'd found himself en route to becoming a full-fledged racing driver. Ask him for a specific time and he says that it's probably around the year 2007, when he was a serious contender for both the National Karting Championship title and the Formula Rolon title. He won both. And he didn't do too badly in his exams either. "My mother ensured that no matter where I was racing on Sunday, I'd be back in school on Monday morning. I couldn't get out of it, even if I did try to fake stomach pain or any such thing!" he declares laughing. 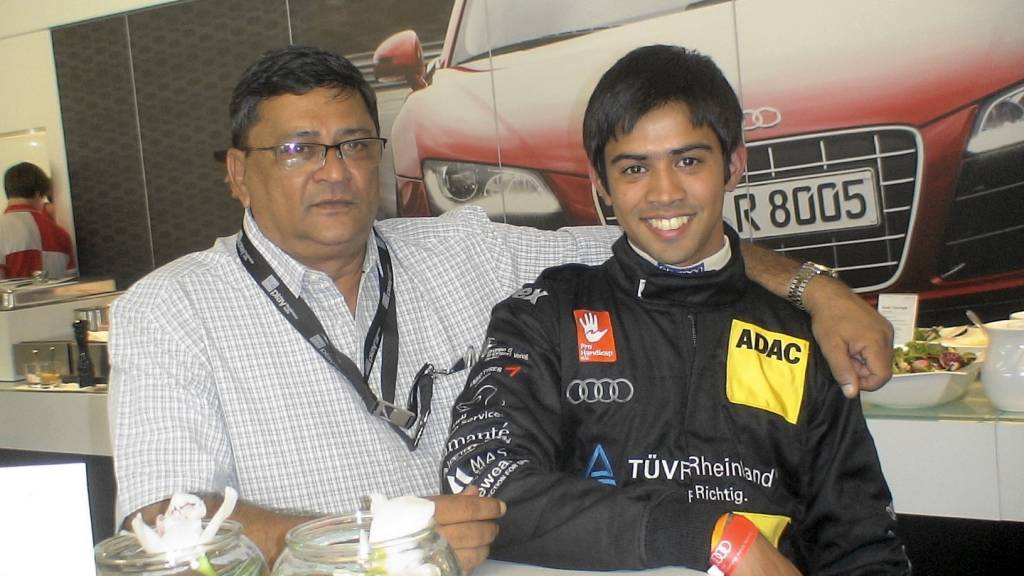 A few years later, Aditya was competing in the Volkswagen Scirocco Cup in Germany. He was still a regular at the Volkswagen Polo Cup races in India, being entrusted with the task of driving the Safety Car for the races. The braces were gone, although the Bugs Bunny sticker was still there. The driver who sat down to lunch with us that day was a no longer the gangly youth from a few years ago. Instead there was a boy who had competed in single seaters abroad before deciding that touring cars were the way he'd like to go. He'd competed against some of the best racecar drivers in the world, and won races abroad  including at the legendary Nürburgring. The racer before me was now self-assured and confident.

This time around the person not confident was me. I was attempting to compete in a Volkswagen Polo Cup race for women specially, and found myself up against a Danish driver from the Scirocco Cup, a Malaysian driver who was competing in the Formula BMW championship, Alisha Abdullah and Navaz Bhathena. Gulp. My idea of being cautious translated into 'dreadfully slow' on the track. "Why are you going so slowly?" Aditya had asked me. "I'm afraid I'll do something silly, like spin out or something," was my response. "So, spin out. The worst that can happen is that you'll go off track for a little bit. I guarantee you'll go faster after that." Armed with this new knowledge I promptly went out on track and spun the car  quite unintentionally, I might add. My laptimes improved considerably. Aditya grinned at me and said "I told you." It was one of those I-told-you-sos that I didn't quite mind. 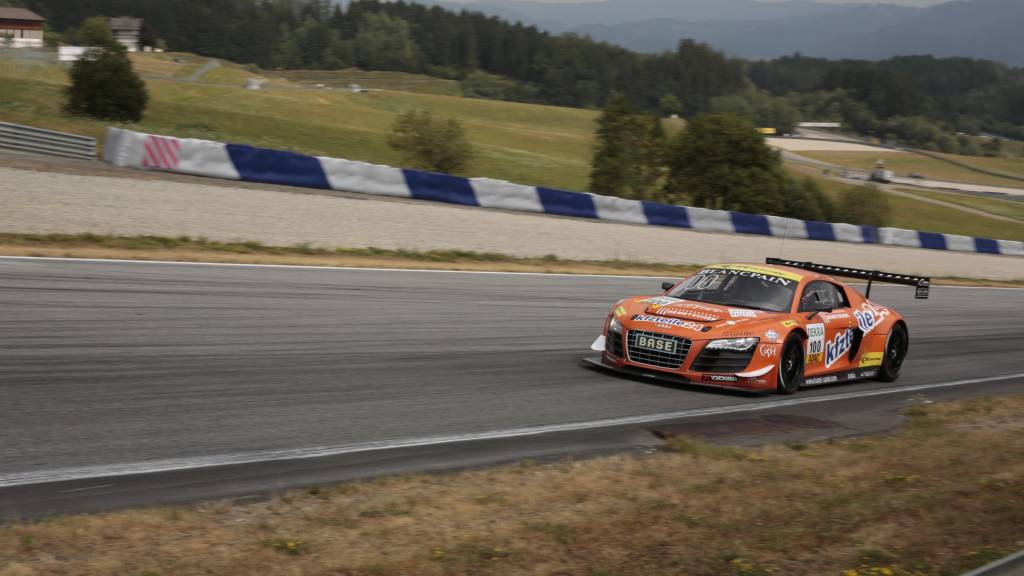 Two years have gone by since then, and Aditya Patel has grown up considerably. He's got a job in Audi's marketing team during the week. On the weekends though, he's busy racing an Audi R8 LMS at racetracks abroad. Aditya Patel is now a proper GT car racer  the type that doesn't have to pay for their drive! He certainly has come a long way from the Lanson Toyota Karting Challenge indeed. But some things don't change. Like the fact that he's probably the friendliest driver on track at any given point of time. And still is as approachable for a bout of questioning, as he was five years ago.

Oh, and if you aspiring racecar drivers want a word of advice from Aditya, here it is. "Waaeye muditay vandi wotae!" which is Tamil for "Shut up and drive the car". That's about as good a piece of advice as you're ever likely to get!

Name: Aditya Patel
Age: 25
City: Chennai
Currently racing in: ADAC GT Masters
Competing since: 2000
First competitive race: Lanson Toyota Karting Challenge 2000.
A race series you'd like to take part in someday: DTM
The race machine you'd love to get your hands on: Has to be the Audi S1 Quattro!
Your racing idol: Ayrton Senna, Yvan Muller
Favourite race circuit: I have two. The Nurburgring Nordschleife and Macau.
Your biggest racing opponent: Have had way too many over the years.
The best overtaking manoeuvre you've ever seen on track (something that has happened when you were racing): Marcus Winkelhock on me in the GT Masters. I don't know where he came from.
The best overtaking manoeuvre you've seen in general (TV, YouTube videos etc): Romain Grosjean GP2 in Barcelona 2011. 4 cars in 2 corners for the lead.
Best overtaking manoeuvre you have made: Rotax Max India Challenge 2006. Passed Akhil Khushlani for the lead on the last lap, last corner. Drove over the top of him!
Your best race till date: Scirocco Cup 2011 in RedBull Ring. Race 2. Was demoted to 14th on the grid after a Penalty. Drove the craziest 11 laps of my life to finish 4th. Nobody even crashed!
Your worst race till date: N/A
Words of racing wisdom from you to our readers: Waaeye muditay vandi wotae (Shut up and drive the car).
Favorite Race track food: Biryani. 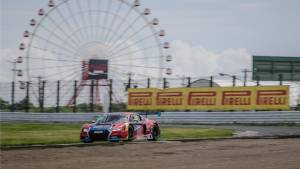