Trundling through traffic at part throttle, I finally get the ring-ding reference to the RD350's naming origin. The sound issuing from the pipes is literally a lot of off-kilter ringing and dinging. I've never heard it this clearly or loved it so much. When traffic opens up, adding more gas turns the musical near-sputter into a clean sharp rasping wail of a tuned two-stroke. It's a dramatic sound. It makes people turn their heads and hunt for the source. It makes cows and buffaloes shake their heads nervously. And it make me smile widely and shake my head with glee. 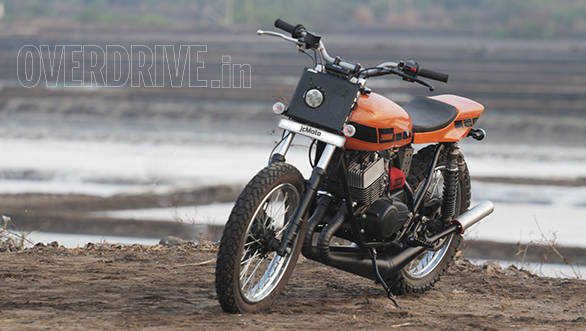 Wrapped up in speed blocks and orange, the RD350 looks light and responsive

You can feel the start of the surge that you know means the bike is about to come on the pipe. It begins with a sensation that the motorcycle is outrunning the throttle just a bit. And then it happens. The note sharpens up further and you feel the front-end extend sharply while the world blurs by with greater intensity than ever before. The first time this happens - you have to remember we ride four-strokes almost exclusively now - it will catch you unawares. You'll giggle like a girl who gets nearly run-over while crossing the road absently. 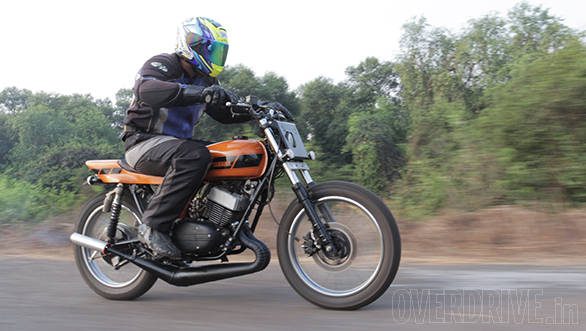 But the next time you're ready for it. Waiting to break into a maniacal grin while this thirty-year-old two-stroke hikes up its skirts and breaks into a ferocious quick step. Of course, there's a warning in the back of my head that the engine is still tight and new and I shouldn't push it. All right, maybe just this once more. 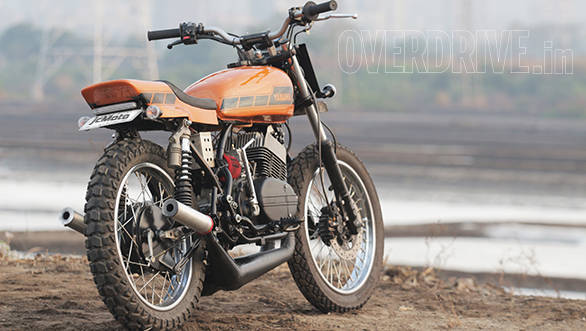 This RD350 came to jcMoto as a non-running basket-case

Joshua Crasto, Mr jcMoto, looks on indulgently trusting that my enthusiasm will not cost him an engine rebuild on a ready for delivery one-off custom. I stop messing about before that happens because I know Joshua has put in a massive amount of work into this motorcycle, officially marked with a laser cut tag on the swingarm that says it is jcMoto's 17th custom. I like the fact that Joshua's placed the marker on the swingarm. It's buried inside the motorcycle and in a place where it will get dirty. That describes his style of builds - motorcycles that work hard at their jobs rather than just at their looks. Customs meant to be used and dirtied and broken and cleaned and rebuilt. Customs to use, not just to display. 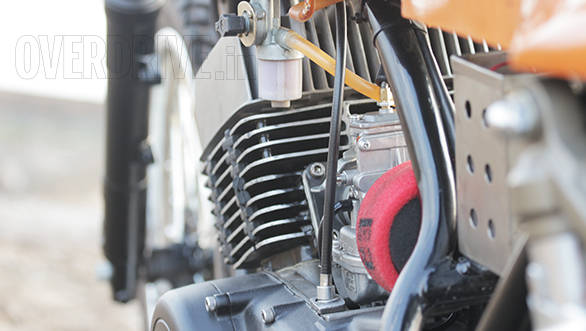 Back to the massive amount of work. The RD350 came to jcMoto as a non-running basket-case. Rust had welded the crankcase to the crankshaft and it needed to be rebuilt from scratch. So US-spec engine blocks were ordered along with a US-spec crankshaft. Also in the shopping cart were Tm28 flatslide carbs and for breathing, a set of Uni filters. Then began the construction of the complicated Vanguard design for expansion chambers. That meant metal had to be cut into complicated shapes, bent into rings and then all of those rings had to be hand welded together to create the black beauties that now sit under the chassis cradle. The aluminium end-cans are jcMoto. Controlling the ignition is the famous RDDreams digital CDI that comes from Bangalore. 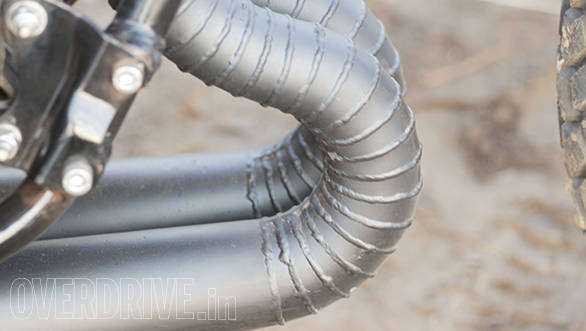 The chassis also has a similar amount of work in it. The frame was cleaned up with all the various lugs and welds ground off. Then came the made to measure jcMoto Flat Track seat, turn signals and the screw-on gas tank cap. The main tank was repainted but a full fibre rear-end was created as was the seat. Then in came the Pulsar 220 front-end wearing a Michelin Sirac tyre. The final touch was the tapered bar on 1.5 inch risers. 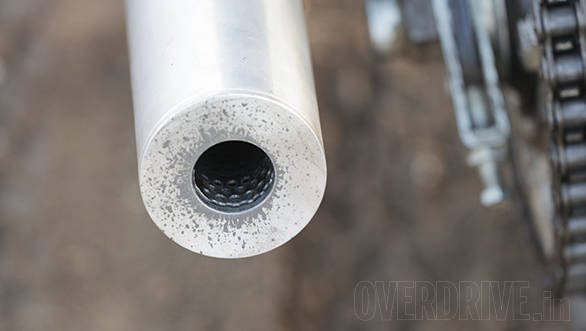 Wrapped up in speed blocks and orange, the RD350 looks light and responsive. And that is how it proves to ride. On the road you can feel the tread blocks flexing a bit but the way it turns feels great. The tiny Trail Tech Vapor instrument cluster returns all the basic information and includes a rev counter as well as a shift light which is good because that engine note is pretty addictive. 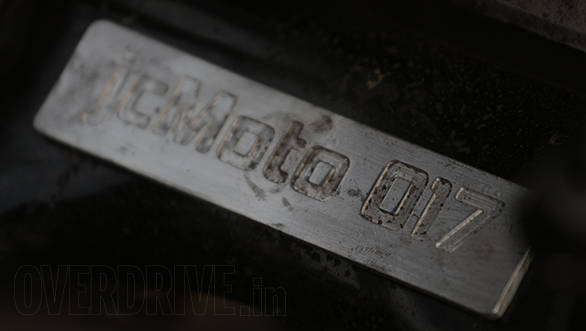 Yamaha's RD350 has always held a special place in the hearts of enthusiasts and jcMoto's dirt tracker feels fantastically light and fast to ride. The pipes give it a strong power band that's a thrill to ride and makes you want to return to it once again to feel the pull of a two-stroke when everything falls into place. And when you're off the pipe, there's always that lovely ringing and dinging to keep you entertained. If this were my motorcycle, I'd never get any rest.

And that, smiles Joshua Crasto, "...is what I built it for." 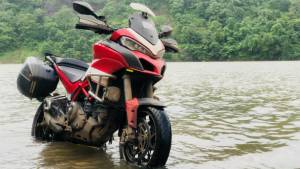 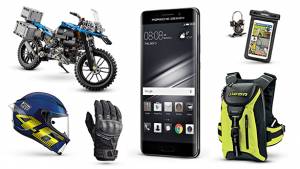