Thin forks and long travel don't go well together - get hard on the brakes or steer too quickly and they flex.

Flex brings vagueness with it, which is a very bad thing when you intend to ride motorcycles fast and aggressively. To reduce flex, one needs a fork brace. Most motorcycles get some sort of bracing as part of the front fender, but on the Hero Impulse, there's no such provision. 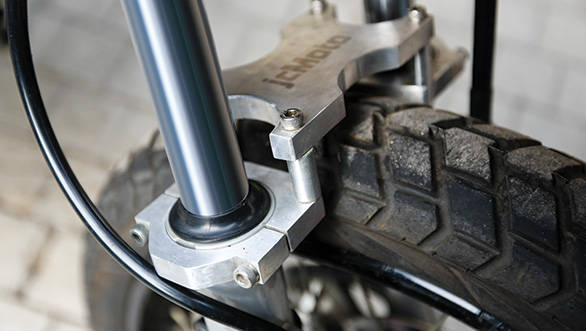 Mumbai-based jcMoto though has designed a brace specifically for the Impulse. It clamps on perfectly (as the picture shows), and it can be customised for clearance above the front tyre as well. The fork brace, which is machined from a 12mm slab of aluminium alloy 6063 for added strength, comprises two clamps for the fork legs, four distance collars to compensate for height and the brace plate which bolts on the top. The one featured here is finished in anodised silver, but it can also be ordered in black.

The first thing that strikes you about this brace is the quality of finish. It looks well engineered and expensive. But, it is the improvement it has brought to the Impulse's dynamics that has us floored.

There's no fork flex at all now, under hard braking or while pulling stoppies. We found ourselves braking with a lot more confidence too. Unlike in the stock bike wherein we had to progressively load up the front, with the brace in place we could go harder and sharper on the brakes and for once could feel the point of front wheel lock instead of it coming to us as a rude shock. The bike steers better as well showing increased eagerness to accept quick and sharp steering inputs.

jcMoto, which also makes braces for nearly every bike on sale today, can be contacted at joshuacrasto@gmail.com. 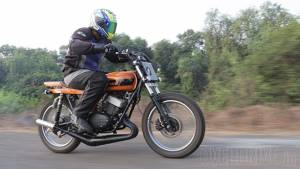 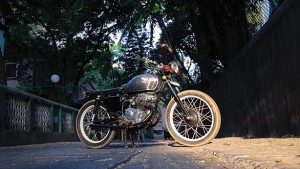 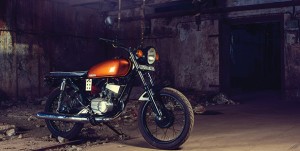 Making a custom bike out of a 2002 Yamaha...
Advertisement