Is this the Suzuki GSX-300 and is it coming to India?

The European media gets the sense that Suzuki will launch the GSX-300, a naked 300cc learner (A2) class motorcycle in Europe this year. Or at least expect to have the motorcycle at Milan in November, ready to launch early in 2019. And these drawings from motorcycle.com are said to be patent application drawings for the Haojue HJ-300A. That is promising because Haojue is Suzuki's Chinese partner, one that is expected to start making the GSX-S750 under license in a few months from now. The Suzuki GSX-S750 is expected to launch soon in India - expect a first ride story before this month is out, in fact.

How is the Haojue HJ-300A important? 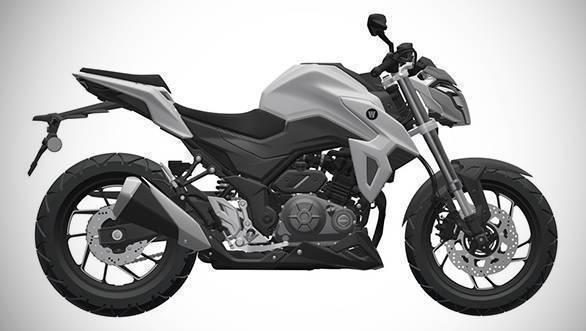 The design patent images of the HJ-300A are interesting because the Inazuma GW250 and the new GSX-250R are both manufactured in China by Haojue for Suzuki at their plant in Changzhou. The HJ300-A is expected to hit the Chinese market in 2019 and the European media is expecting to see the motorcycle on sale in Europe around the same time as the Suzuki GSX-S300 more or less as it looks in the design patent drawings.

The engine is a parallel twin based on the Inazuma GW250 or the DL250 V-Strom. In fact, the Suzuki GSX-250R is also based on the same engine. But you can see that the engine cases are new and of course, the name suggests that the engine has had bore and/or stroke augmented to increase displacement as well. The head covers suggest that no major changes are hiding inside - the GW250 was a 2-valve SOHC layout. Traditionalists will point out that the X was added to the GS series nomenclature to denote four valves. And lament that the GSX-250R carries the X but not the four valves that are expected to accompany it. 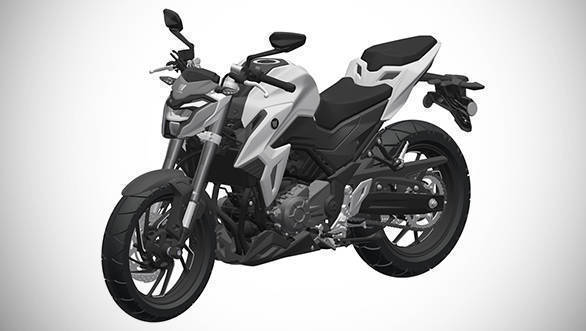 The frame looks completely new from the main structure to the new swingarm - probably aluminum and upside-down forks. The ABS ring is visible on the brakes too.
Visually, there are the GSX-S elements in the styling and the exhaust is what Suzuki seems to be doing right now. The tiny space for the instruments seems to suggest and an all-LCD cluster.
Obviously, a GSX-S300 can be used to speculate that in the future likes a GSX-R300 as well. 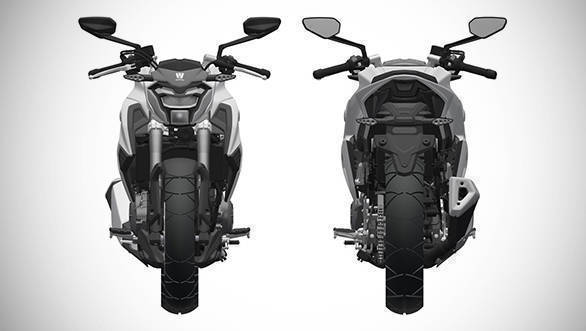 We would say unlikely and there are two primary reasons both related to the engine. First is the clear indication from Suzuki India that despite the GW250 Inazuma having been in local assembly in India, the Indian operation intended to not pursue any products that are based on that engine. That's the primary reason given why the DL250 V-Strom was not even considered for India. The second is the fact that this is a twin-cylinder engine. That means pricing will be high. The presence of extremely well-priced single-cylinder engines - the KTMs and shortly Husqvarnas - as well as the likelihood that the Royal Enfield 650cc twins will sit in the same ballpark, are both daunting prospects to have to compete with. If it does come to India, like with the Yamaha YZF-R13 v3, expect to see significant attention paid to the aggregates for localisation as well as a cutting down of the specification to try and price the GSX-S300 better.