We chat with Abhinandan Balasubramanian, Co-Founder X1 Racing League whose primary role is to maintain investor relations, interact with stakeholders, sponsors and team owners, to understand the financial workings of the league. OVERDRIVE: How difficult has it been as a startup to get investors and sponsors to roll with the idea of a racing league given that motorsport in India doesn't get as crazy a following as say cricket?

Abhinandan Balasubramanian: I can't say it's been a fun ride. Of course, there have been road blocks and all that, but from day one we have been clear on what we want to do and it's always been  eSports and motorsports. And because of that hybrid model of the business itself we've had investors and venture capitalists who've taken us through this journey and their support has been fundamental in us getting here. And of course the sponsors and team owners have come in over the last six months, and they are our stakeholders going forward. But, I'd say all credit to our investors who backed our vision since day one and these are guys who include tech entrepreneurs, venture capitalists, promoters of large Indian business houses. That's the journey that's taken us here, and from here it's all the team owners, sponsors and everything on how we create this ecosystem for everyone which is going to take us forward.

OD: Can you give us an idea of the investment that needs to be made to start a racing league in India?

AB: We are breaking a lot of myths around motorsports. People think you have to start with a billion dollars. Globally there have been ventures that have been proven to start from scratch, like the One Championship in Singapore and even Formula E started small. They proved a concept and then went about to raise money and they're here today. So just to speak economics, we are investing about Rs 25 crore for just the execution and production of the overall event  eSports and motorsports. Also, the team owners are spending 10 million dollars over a span of 10 years, incrementally on their respective teams. Our focus as the league promoters is to ensure we're getting the right content and making the experience for both live viewers, spectators and TV audiences great.

SD: So what's the long-term plan to get a return on your investment?

AB: We are starting off with eSports and motorsports over a two month period, but as we go forward there are going to be more of these events. It's going to be a longer calendar. We're going to add Speed Summit, which is a very critical part of our venture itself, which is a third IP within the X1 Racing brand. And over a ten-year period, you're looking at a venture capitalist who is investing with a long-term view and not a double or triple return. They're looking at a 12-15x return, within a 5-7 year period and we've seen our valuation grow from 2017-2019 to 10x.

From the first round of investment to the second round of investments, people like Mohit Burman and LetsVenture have invested, we've seen over the last 18 months that valuation has grown 10x without the first season launch, and now with everything in place we're expecting to return at least 20-30x to them over the next 10 year period. That is what they're taking this risk for. It is high risk, but high returns as well and this is what our promise is to them. 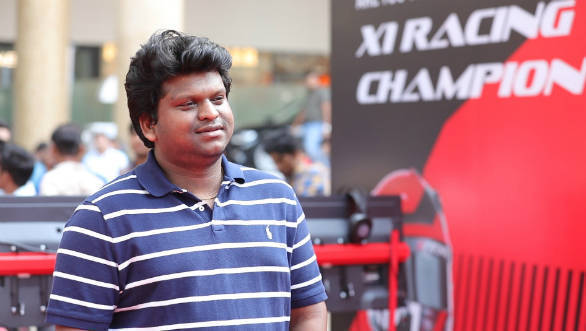 SD: The league kicks off in a month's time, what is the distribution plan?

AB: We are in talks with a broadcaster, we will be finalising things and it will be broadcast on television  the name of (the channel) which will be a big reveal soon. The idea is, in India, to also have a marketing plan around it, around the network itself to take it to other general entertainment channels and not just restrict it to the sports audience. Our target base in the first three to five years is going to be the urban, premium sports fans. We want to take them as our low hanging fruit and impact them. The education levels for them to understand motorsports is much lesser, and for the lack of a better term, the cost per user-acquisition for a fan in that segment is much lesser than say trying to attract crowds from other sports segment. Otherwise (in terms of) distribution, we are also looking at OTT (Over The Top media services). We also have our own distribution channels, we are being internationally distributed as well, we've got a good set of international drivers Aditya and Armaan have brought into the league and the idea with them has been strategically getting the right drivers as well. We've got a Chinese driver, a Malaysian driver, so those are two markets  South East Asia and China - which have a huge culture and heritage in motorsports, that can also lead to our global distribution, so it's going to be well distributed throughout all platforms.

SD: Sim-racing is quite big in Europe, what response are you anticipating?

AB: We're starting from scratch here, but one thing has been proven that in motorsports' highest level you can go from sim-racing to a motorsport racer, and that's F1 also. So I think the pathway has been set, it's been defined by international standards at the highest level. What we are trying to do is build a platform where it can be realistic for Indians. Till today motorsport has always been seen a sport for the rich and a very niche market. What we are trying to do is open up that target base and tell everyone that this is more accessible than you think, and with this we have an opportunity to identify real talent. We aren't promising we're going to get a Formula 1 calibre driver from next year with this competition, but this is the grassroots level where you can find and nurture that talent.

SD: Given this is motorsport e-racing, it would be natural to assume endemic brands to be the first choice as primary sponsors for the league. But with the automobile sector witnessing a slowdown, has it lead to hurdles in roping them as sponsors?

AB: We've created an eco-system with eSports and racing where not just endemic brands and suppliers to the automobile industry, but also non-endemic brands like our ESports title sponsor  One Plus  can come and participate in this. Because now it's not just about your core motorsports audience, it's also about expanding that audience base to people in malls and colleges where we are going to be taking the containers for sim-racing. The economics and macros of the automobile industry have not really affected us because we didn't take that into account while forecasting all of this. Our business forecast was about what are we establishing, controlling our economics and not letting the outside trends affect that economics. And that's purely down to how we're managing our business model which is very cost-effective. We aren't saying we are a technology company, we aren't going into R&D and investing millions of dollars in that, rather we are solely focusing on the drivers, so the car becomes an ancillary part to the overall content. So the macro economies of the country aren't affecting us. Also, with names like JK Tyre backing us, one of the biggest promoters of motorsports in India is behind this.