Interview: Aravind KP on competing in the Dakar 2017 with Sherco TVS

TVS has just announced that Aravind KP will be riding one of the Sherco TVS rally bikes at the 2017 Dakar rally. This makes Aravind only the second Indian rider to ever participate at the Dakar rally after CS Santosh. We spoke to Aravind about what it's like to compete in such a gruelling event and how he plans on preparing for 2017 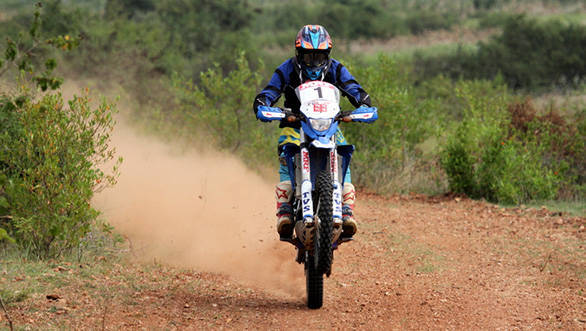 OD: Congratulations! How does it feel?
Aravind KP (KP): Like a kid, who just got candy, a bunch of candy. I'm floating, still not down from cloud nine. It's overwhelming.

OD: How long have you been chasing TVS?
KP: It has been like a year and a half to a year and eight months now.

OD: When did you find out?
KP: About four weeks ago!

OD: Any difference in training approach?
KP: The different approach is the amount of training on the bike. If it was two hours a day before, it's gonna be eight hours now. That and better fitness, which is not anything different from what you are used to do. Since I've been professionally racing, it's a core part, where we train everyday and do whatever has to be done right. So, the training part is not going to be really different, but on-the-bike time is gonna be a lot more than what it was before.

OD: You've won in Sri Lanka, anywhere else?
KP: I've done Dubai also where I finished in the top four. But it was when I was just a rookie on a Group A bike. So, once I got the real expertise and when I was a pro, I couldn't really race outside. So, not many races other than that.

OD: Is it scary?
KP: Earlier, it was like a pond. I could jump and not swim but reach the other side. But now I have to swim because the sharks are chasing me, which is what I'm preparing myself to do. It's not going be a shock to me because I've done my studies and research and I know what it is. I've raced internationally as well. I trained in California so I know what it is and what is the difference between the people who've been riding from the age of four to someone who's been riding from 19 or 20. So, it's not going be a shocker to me, but I would do anything it takes to get myself as fit as possible and in the best shape as possible to be there and fight it out.

OD: Where will you train?
KP: Depends on where Juan (Juan Pedrero, KP's Spanish team-mate at Sherco TVS) wants me, because it's still not clear for us. The others are training us, so, wherever they want me to be.

OD: If you could only train in India, would that suffice?
KP: Yeah, I should say it would. We do have the terrain, but the problem it's very difficult to get permissions and a lot more factors (come into play). So, that's the only problem which is holding us back from doing it. Other than desert training, I don't think any other training is possible in India.

OD: How important is a mentor for training?
KP: Oh, that is very important. It makes things much easier, just like that, having a person who has such a history and who's been a champion in International forms of rallies. With such stature, it gives you a lot more confidence. It gives you a totally different perspective because you've not been there, so you don't really know. When you get such a mentor, you definitely get somewhere, close to what his perspective is, which is a good thing for me to start with.

OD: What is your biggest challenge?
KP: Navigation. One week on the new bike and I'll be good, but navigation is what I need to put a lot more time in. I have to get myself very familiar with it because that is a very crucial thing in the whole rally. It's not only the speed and the fitness, it's also about navigating right! 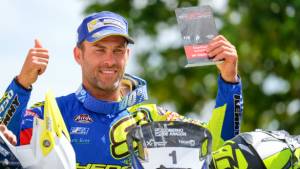 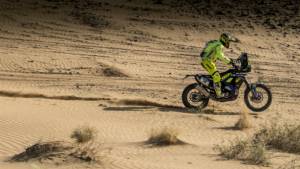 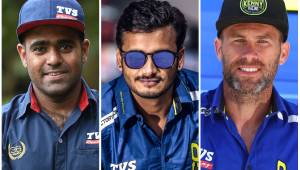