Inside the Honda CBR 250R race-bike

Win on Sunday, sell on Monday  this is the mantra that gave birth to most factory racing teams in the world. And if not for manufacturers' involvement, we'd still be racing backyard-built specials and racing on beaches and around back roads. Almost every automobile manufacturer on this planet has a racing programme that works towards making their stock machines faster and meaner. And the Honda Motor Company does this through its racing division  Honda Racing Corporation or HRC. 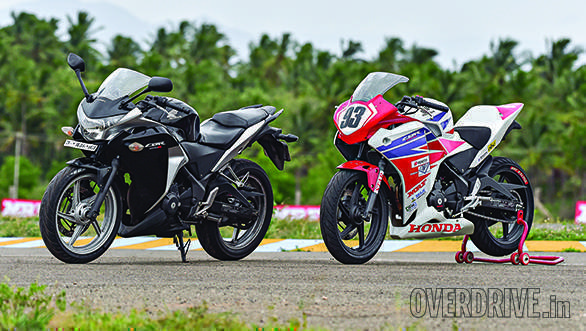 HRC has been the driving force behind Honda's motorcycle racing since the 1970s, when it was born as the Racing Service Centre. In 1982, this was renamed to HRC and has been since responsible for Honda's road racing, endurance, trials and motocross racing programmes. In case you're wondering, you have HRC to thank for legendary motorcycles like the NSR500, RC30 and the NXR750 (which was what the original Africa Twin was based on). HRC is also responsible for the race-spec CBR250Rs that are used in the Honda One Make Racing Championships in India. But how different is the race motorcycle from its stock, road-going version? As it turns out, very much. Let's start from the changes that you can actually see. The bodywork is HRC developed and all built in fibre-reinforced plastic. The seats have been tossed to make way for that thin layer of foam, and the footpegs have been replaced with aluminium, CNC machined rear sets that sit higher and more rearward than the stock units. Gone are the lights and all the other unnecessary electronics too. The rear seat has been replaced by an all-new rear section, and the stock exhaust is gone and replaced by a new lighter, full system. All of the above together translate to a weight saving of 14kg over the stock CBR250R, which in a race makes for some precious speed that could be the difference between a win and a podium. 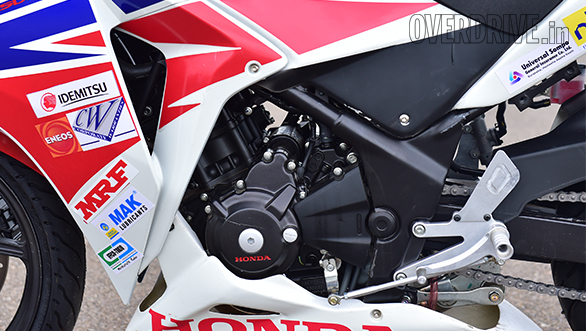 Engine: The engine remains largely stock. The only change is the ECU. The new HRC ECU increases power output by 15 per cent. It also allows a whole range of electronics to be incorporated into the motorcycle

Underneath, the chassis sits untouched. The suspension though is free, and the teams are free to use any of three springs available with their choice of oil viscosity and weight. The race CBRs run HRC's race ECU that brings with it two switchable maps, a quick shift assist button, a pit lane limiter, shift light and a power bump of 15 per cent. The ECU map itself is completely customisable, and Honda actually encourages the competitors to try and fine-tune their ECU maps. Electronics: The race-bike gets two riding modes as well as a pit lane speed limiter and a quick shift assist. The quick shift assist drops revs by 2,000rpm, allowing the rider to make upshifts without having to manually close the throttle. The lean angle sensor has also been reworked to allow up to 57 degrees of lean

Two hours before hitting the track, Honda's engineers create a default map based on prevailing air quality and weather conditions, which the competitors can then customise if they want to. There are two maps available that the riders can choose on the fly using a switch on the left clip-on. The left clip-on also houses two other switches. One turns on the pit lane limiter, and the other is the quick shift assist. The quick shift assist lets you drop revs by 2,000rpm so that you can shift gears without having to close throttle. Over a race, the time saved by this button can amount to up to three seconds. Honda has also retuned the lean angle sensor to allow up to 57 degrees of lean. Exhaust: The exhaust too is a new Endurance unit that saves weight by losing the catalytic converter. It is a full system and gets steel headers, bend pipe and end can. It lets the engine make more power and also makes a sweet sound

Aside from the electronics, the competitors have the option of running their choice of front and rear sprockets. Honda provides them with 13-, 14- and 15-size sprockets for the front and 36-, 37-, 38-, 39- and 40-size rear sprockets. The bikes are also running racing tyres supplied by MRF Racing. The tyres are made of a super soft racing compound and especially made for the CBRs. All this is on paper. But the real differences start staring you in the face when you ride the stock and racing motorcycle around the track. The first thing I noticed was how much difference the rear sets make in the way you ride the CBR250R. The riding position is suddenly more super-sport than the sport-touring. This gives you a lot more confidence going into corners and adds some more clearance when leaned over. The stiffer springs also do wonders to the bike's handling. Ergonomics: The stock clip-ons remain, but the footpegs are now custom, CNC machined aluminium units that are placed higher and more rearward. This allows the rider to have a more aggressive riding position and also prevents grounding when leaned over

Turn in is a lot quicker and the bike doesn't feel unsettled anymore. Once turned in, the bike is super stable, and this doesn't change even with mid corner throttle corrections. A lot of the added confidence comes from the racing tyres. There is a tremendous amount of traction in corners. Where the stock tyres would start sliding, the racing tyres let you carry more speed and more lean. Even during braking, the tyres never break traction. It is easier to make the rear tyre lose contact with the ground than to get the front end to skip. 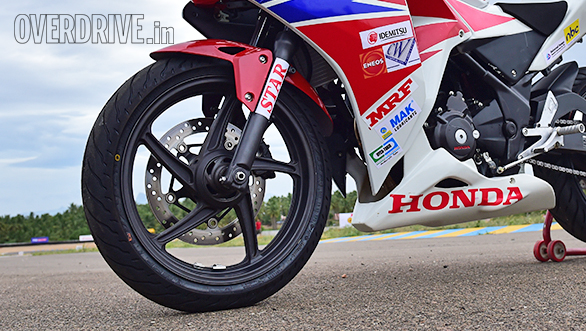 Tyres: The race CBR250R runs on specially manufactured MRF Racing tyres. These super soft compound tyres sit on the stock rims, but offer an incredible amount of grip when on the racetrack, allowing you to accelerate harder, brake later and lean lower.

This means you can brake later and harder. The engine too feels a lot crisper, and the power bump helps. The bike is more eager to respond to throttle inputs, and there is a lot of drive out of corners. On Kari Speedway's straight, I saw speeds upwards of 150kmph on the speedo every single time. 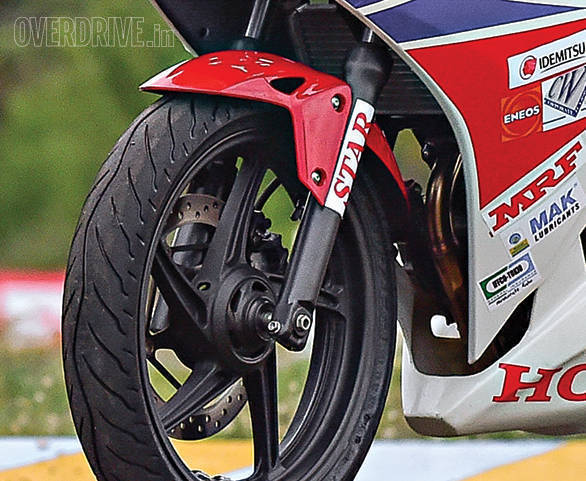 Suspension: The external suspension components remain the same on the two bikes. But the competitors have the option of changing the internals. There are three spring rates available - all stiffer than the stock motorcycle. They also have the option of playing around with the oil weight and viscosity The changes make the motorcycle capable of lapping Kari in 1:15.187 (best time in Race 2 of the first round of the CBR250R one-make championship). Just to put things in perspective, that's quicker than what we clocked on the KTM RC390 at Kari (1:17.62) during our track test. Now, if only we could get Honda to sell us the race kit for a street CBR250R. If only... 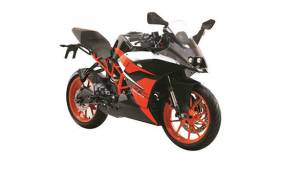 Has the KTM RC 200 supersport been silently... 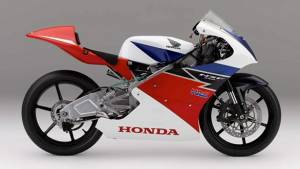