Surveying the landscape was turning out to be easier than I expected thanks to the large wheels and off-road chops of the Mahindra Thar. In hindsight, I'd have opted for a climate-controlled hazard suit. Still, it could have been worse. I could have been driving my daily hatchback or, god forbid, my RD350 in these inhospitable environs. Not that I couldn't, but we'll leave the Indiana/Indira Jones act for greater challenges. 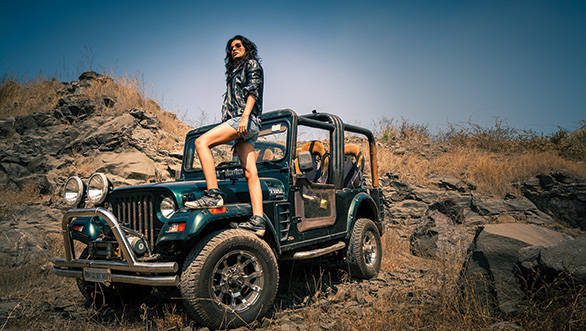 This is the second iteration of the Mahindra Thar

For my adventure this day, Mahindra very kindly lent me their most macho-looking vehicle, appropriately named the Mahindra Thar Adventure. However, unlike their other vehicles, this one's meant to be a customisation platform, and so it was. Recaro-style seats all around, a giant padded roll cage, big wheels, 4WD, fabric and leather inserts everywhere. It's almost like Mahindra hired someone specifically to find out what drivers want from an adventure vehicle. Like an ex-journalist or something. 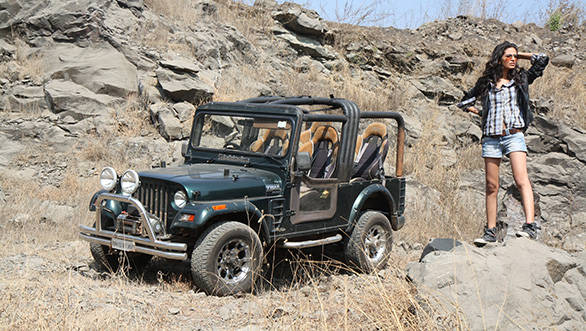 The soft top is removable, but putting it back is a bother

Soft-tops and convertibles are nice in nice weather, but in this searing heat, I was glad for the clumsy top. Removing and reinstalling the top is a two-man/woman operation, and requires a bit of grunt. It's held together by tension, snap-fit buttons and enthu. Calling this a convertible would be optimistic at best. Nevertheless, you can have your hair in the air if you so choose. 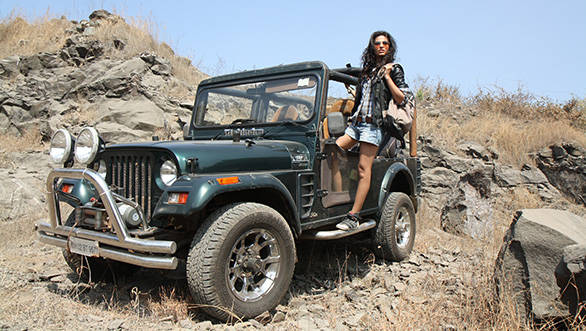 The Mahindra Thar is a customisation platform, and this one certainly has been

The Thar Adventure we drove is technically the second iteration of the Thar. Quality and bits and bobs were somewhat improved over what we remember in our first drive. The engine supplied in our vehicle was the 2.5 CRDe that did duty in the previous Scorpio. Highway progress was adequately swift, though the overzealously light steering was not confidence-inspiring. Our model came with four-wheel drive, selectable with a small lever near the gearshift, as is a low ratio. The feature is certainly useful in the rocky trails we traversed, but getting it into 4WD mode is a bit bothersome and somewhat hit-or-miss. The air-conditioning was, er... available. 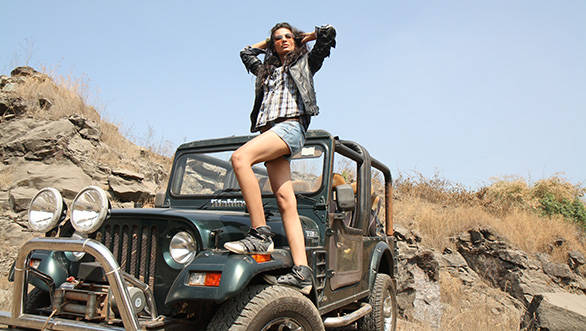 Genuine 4x4 with a low ratio is available 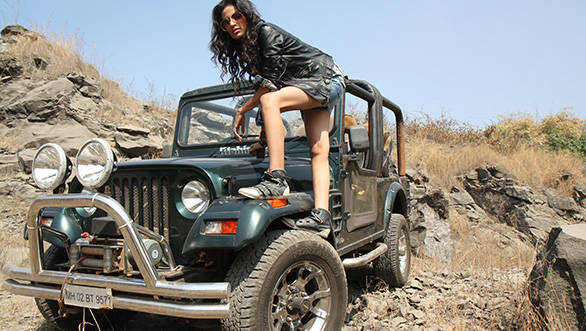 None of this, however, will matter. The Mahindra Thar seems to attract fans across amateurs and enthusiasts almost without exception for the pure vehicle it is: an open-top jeep. 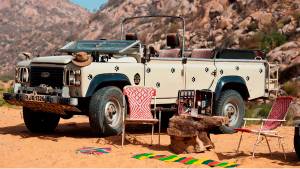