For mechanophiles like me, tinkering around the garage with an automobile for hours is perhaps the next best thing to being out on the highway. We watch these things on the road everyday, lust after them. Heck, us auto junkies even breathe them. And now pump this experience ten times over with a visit to a plant where these babies are made. I had somehow wasted a similar opportunity earlier due to a missed flight. But not again. Hyundai India recently extended us an invite to its swanking factory in Sriperumbdur, Tamil Nadu and I was the chosen one from team OD. It was like giving Charlie Bucket the golden ticket to Willy Wonka's factory!

I vividly remember passing by this plant in 2011 on a road trip from Kerala. And the moment the Hyundai bus rolled out of our hotel onto its way to the plant, those memories flashed by. Right at the entrance of the Hyundai Motor India Limited (HMIL) factory was a camouflaged 2015 i20 test mule which got us auto journos tripping over each other for a click. 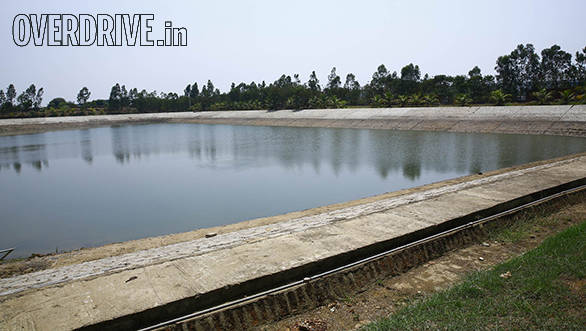 We were at the doorsteps to the magnificent building which houses the training centre or as we call it in layman terms, classrooms. Our instructor gave us a brief on the plant layout, the customs they follow, the number of employees and the like. Truth be told, the numbers don't do justice to the enormous facility area that lies in front of you. HMIL has only one plant here and that extends to a whopping 535 acres with around 9,500 employees. 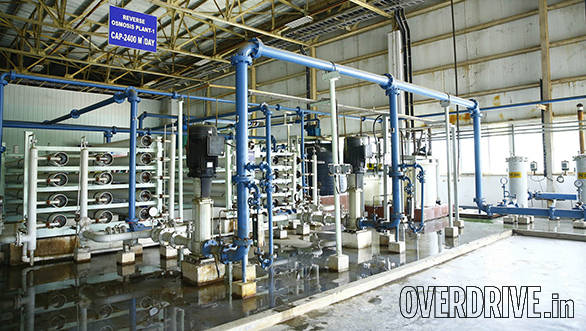 The Sriperumbudur plant has two phases and while both can manufacture all of the company's India models, Phase I is assigned to produce cars that fall under the Rs 10 lakh range while Phase II handles quality-intensive premium vehicles. Both the phases on an annual basis produce around 3.5 lakh cars each. Phase I has been running since 1998 while Phase II has been in operation since 2007. As of now, every 68 seconds, a car rolls out of the facility. This is how Hyundai India maintains its position as the topmost exporter in the country, supplying to over 120 countries across the world. 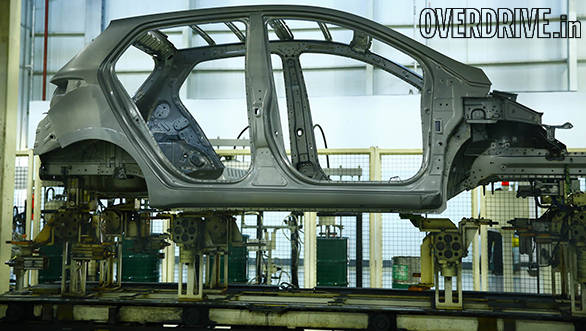 Now onto the Willy Wonka-esque wonders of the car manufacturing process, shall we? Hyundai runs three shifts at the plant (These are purely handled by your average human beings, not magical Oompa Loompas, we assure you!). This translates to 24x7 operation. The activities not only include assembling but also allocating specific accessories or extras to each unit. After these, the cars are then taken on a road test and ready to be shipped to dealers across the country. 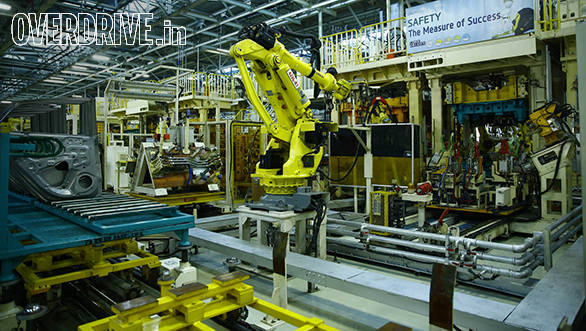 To save time and for ease of operation, HMIL prefers to bring in parts of the car as  readied sub-assemblies. The Korea-based company has 42 vendors from its homeland who ship vitals for AC, headlamps and engines while local suppliers provide the accelerators, battery and tyres. In all, there are 119 vendors. The pressing and welding processes for panels of the car are fully automated with minimal human intervention and are rendered error free in the capable hands of the supervisors. We watched in awe as the bots moved material, laser cut panels and assembled units together in a matter of seconds. In spite of all the heavy machinery and material on the move, the workers maintain impressive safety standards (The plant has been accident free for nearly year, says the chart at the booth) and the organisation on the shop-floor is impressive. Also, HMIL's cars for the domestic and international markets roll off the same lines and except for the different specifications required for some regions, the units remain vastly unchanged. 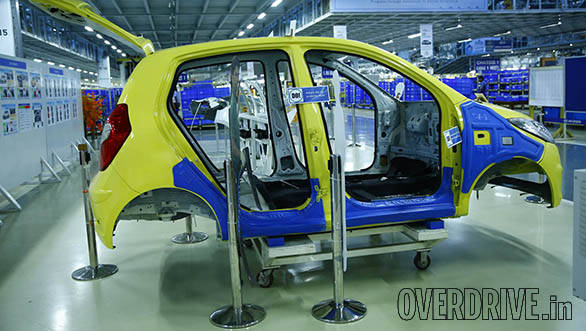 Once welded, the car body is washed and then sent to the paint shop, irrespective of the colour required. The nozzle spray just changes its palette within seconds and without any interruption in the painting process. Finally in the assembly shop, one by one, the engine, suspension, seats and dashboard are fitted. The trim, final and OK lines comprise the assembly shop. The car is then ready for the road test. 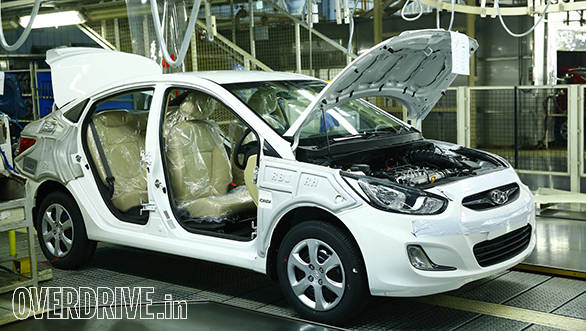 Besides the manufacturing provisions, the enormous facility houses four water harvesting ponds. HMIL prides itself for recycling 100 per cent of the water used in the manufacturing process. There is a dedicated space for recovery and purification of the water through reverse osmosis. Moreover, the company claims that this initiative has resulted in the neighbouring villages (Hyundai has adopted two of them) getting a steady supply of water. 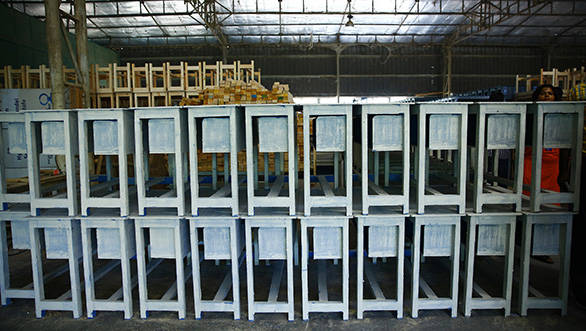 At the plant, the required parts for vehicles are received from vendors in crates. These wooden crates can easily fetch the company around Rs 4/kilo. However, instead, they're broken down in the premises itself and utilised to make wooden benches and chairs for the local schools. A part of their CSR responsibility, Hyundai sponsors ITI students and later absorbs them into the plant's day to day activities. The facility runs two driving academies in the state and these attract unemployed youth who are given basic driving training and education. These drivers later find recruitment in nearby companies. Apart from this, HMIL sends in a fleet of buses to the remotest of places everyday to pick and drop its employees. There are also various employee friendly programs organised on a regular basis with interesting routines like 'Get your spouse to work' day.

While it is heartening to witness the hustle and bustle inside the manufacturing plant, much like the  it is also endearing to note that HMIL also takes great care of its employees. Manufacturing cars is a tough job but mixing it with a touch of warmth and well being goes a long way into making the perfect vehicle. And HMIL does just that. 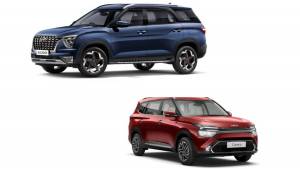 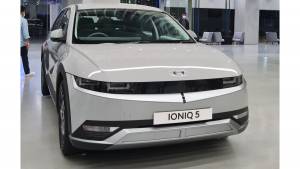