How to become a racecar driver in India

Want to go racing? Every kid who has grown up watching Formula 1, on indeed any four-wheeled form of racing, has always secretly harboured a wish to stop watching and get behind the wheel of the car in question. But even while we were growing up and secretly harboured a desire to hop into an Adrian Newey-built, Rory Byrne-engined racecar and try our hands out at tackling the tunnel at Monaco, we knew it was perhaps one step too much for us to handle. If you want to go become a racer, you might as well figure out how to do it right.

Get your basics right: go karting

There's simply no escaping it. We've come across a lot of aspiring racers who seem to scoff at the thought of karting. "What are these piddly little things," they say scornfully. Well, here's a caveat for the lot of you - karting will make you a better driver come what may. There isn't a single one among the current crop of F1 drivers who hasn't started his motorsport career in a go-kart. Karting helps you get your basics right - it really is the best way to learn racing lines, and you can't be much of a racecar driver if you don't get your lines right. Karting also gives you some idea about the level of fitness you need to become a racer - it can be punishing on the muscles and on the ribs and bones. We'd recommend that you take part in a karting programme conducted by a well-established karting training academy, hone your skills there, graduate through the various levels of training, get things right and then take the next step. There are two karting academies that come to mind right away: 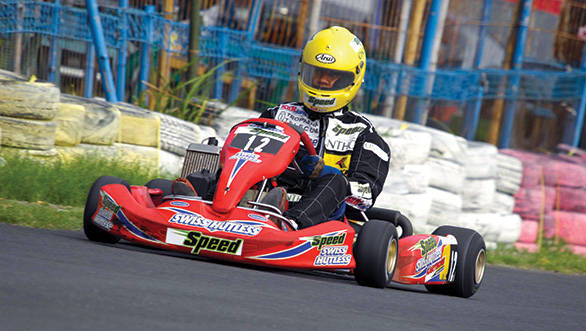 Meco Motorsports is run by Akbar Ebrahim, one of the most accomplished racers in India and a highly acclaimed driver trainer too. They run karting training sessions on a fairly regular basis at the Kartainment Track in Hyderabad and at the Kari Motor Speedway in Coimbatore too and it's a good place to get your fundamentals right. For details like a cost of training sessions and training schedules, visit www.mecomotorsports.com

Rayo Racing is run by Rayomand Banajee, a multiple national karting and racing champion. Rayo Racing holds karting training programmes primarily in Pune, and it is a good place to learn the basics of karting. More details are available on www.rayoracing.com

There's another up and coming karting academy called Indian Karting who are based in Bangalore. We haven't managed to see them in action or attend a karting programme that they've run so far, but we know that they are now fielding a team of drivers in the National Karting Championship, and it might be worth your while to consider them, especially if you're based in Bangalore. More details are available on www.indiankarting.com 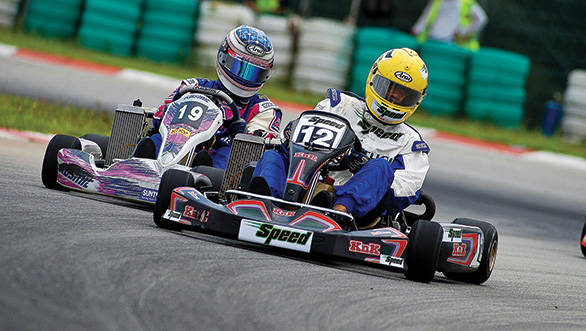 If you are eight years old, you are entitled to get an FMSCI licence for karting. Minors will require signed permission from their parents, as well as the parent's photo ID proof in order to apply for an FMSCI licence. For a Grade C licence to race cars, however, you need to be 15 years old. Fill out the FMSCI form, attach a copy of your driver's license and get the medical form attested by a doctor and you're good to go. If you are below 18 though, you will need an FMSCI member club to attest the fact that you have the required skill set required to operate a car at the racetrack.

Getting competitive: the National Karting Championship

Now that you know how to operate a proper two-stroke kart, you might want to try your hands at actually racing a go kart. By this time you'll know exactly how to handle the machine and it will be a good opportunity to try honing your racing skills. Karting races can be tremendously exhausting. Doing 15 laps or so on a bumpy circuit, in the heat, while being fully kitted up - that's a lot harder than it sounds. Moreover you'll have rivals trying to get past you and will have to defend your racing line properly. One false move and your position is gone. Another good thing about competitive karting is that you will learn the basic rules and regulations that govern four-wheeler racing across the board. Such as the various flags involved in a race. Add to that the fact that you'll learn basic race etiquette and trackside manners and you'll be good to go.

You can start out by competing in the Rookie Cup that happens just ahead of the karting season. If you like your race experience and think you have what it takes to cut it in the National Karting Championship, then you can try doing a complete season of racing!

First gear: starting out in cars 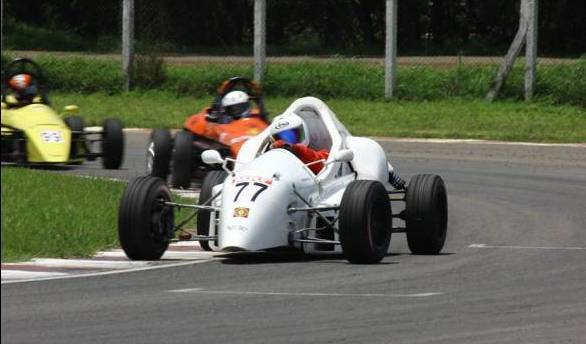 Now, a lot of people who have graduated from karting are quite clear about the fact that they want to compete in single seaters. In India you have a couple of options that you could try out, some of which aren't all that expensive. Formula cars currently available to race in India are the Formula LGB Swifts and the Formula LGB 4 cars. These are both powered by 1.3-litre Swift engines, and neither have wings. In most countries, racers usually graduate from two-stroke karting to a wings and slicks racecar. In India though, almost all graduates from karting try their hands at this before moving onto a bigger car. The decision is yours and largely depends on your skill level and on your seriousness in motorsport. If you have decided that you want to compete, just for a lark, and not because you want to be the next Michael Schumacher, well, then this here is your thing. Before you do a full season of competitive racing though, we'd recommend you do a round of training in a Formula car. Meco Motorsports and Dark Don Racing (www.facebook.com/DarkDonRacing) both conduct such workshops.

You can also choose to graduate from karting straight into a proper wings and slicks car - the Formula FB02 (formerly called the Formula BMW) and the FF1600s are both available in India at the moment. If you don't graduate to it from karting, there is also the option of competing in it after a season in LGB Swifts and Formula LGB4 cars. Once you're done with this, and if you've proved to be a race winner and a title winner, there is every chance you're good enough to make it abroad. The road to the top won't be easy, but you will have the racing credentials and skill to get into an international spec racing series. 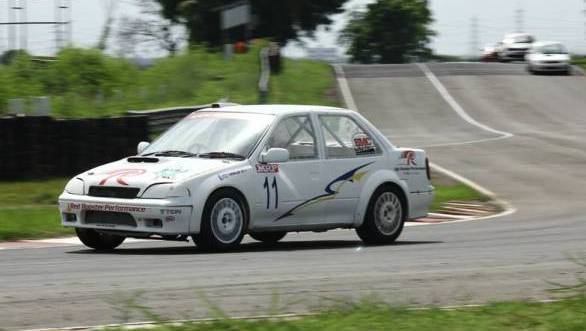 IJTC regulations can be found here:

ITC regulations can be found here:

What else is there? 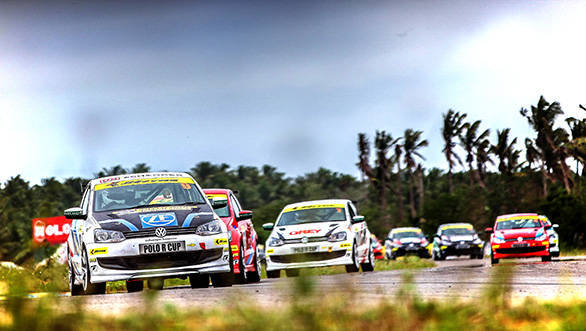 If we're to be entirely honest with you, we really don't think the ITC and IJTC are stepping stones to a career in international motorsport. If you want to become a touring car racer, you have two more options in India. The Volkswagen Polo R Cup and the Toyota Etios Motor Racing Cup. The Volkswagen Polo Cup has been around in India since 2010, while the EMR has been around since 2012. How do these work? In both cases you can register online, attend the driver selection process and if you are selected, pay a fee and drive. The cars will be provided to you fully prepared. It's a good idea if you want to avoid the various logistical hassles that come with owning your own racecar. What's also good is that you do get trained by some of the best motorsport minds in the country. There's more - you can also graduate to racing abroad if you happen to win one of these series. Not a bad option at all.

For any further information or queries write to info@fmsci.in or mmsc_chennai@yahoo.co.in