In the last long term report, I mentioned that I wasn't getting as much time as I would have liked to spend with the CB Hornet 160R. Well, in the last two months, things eventually changed for the better. And I have ended up clocking over 3,400km on it. Previously, I had ridden it down to Pune and Dapoli which at max were a round trip of 300-500km.

In July, I rode it from Mumbai to Coimbatore and came back! That's not all for I even rode it on the Kari Motor Speedway! I got the chance to do that as I had signed up for the Level-1 programme of the TWO Track School. During the course of that week, I ended up adding around 3,000km to the Hornet 160R. Frankly, that's quite a distance to cover on a 160cc motorcycle. But, as usual, the Honda ended up surprising me. 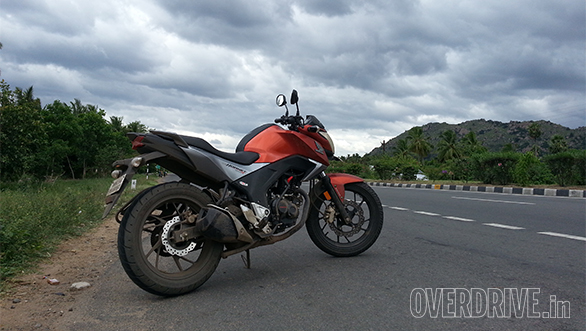 At the start of the trip, I was quite apprehensive about embarking on such a long ride with the Hornet 160R. My main worry was fatigue and covering distance quickly considering the 109kmph top speed of the Hornet 160R. So I had decided to complete the journey over three days. On the first day I had planned to ride from Mumbai to Kolhapur covering around 400km. Since it was a weekday, traffic on the National Highway 48 was relatively sparse. The CB Hornet's smooth engine and gearbox egged me on to keep riding, and I decided to call it a day in Nippani.

On the second day, I had planned to halt in Bengaluru. The CB Hornet 160R feels very comfortable while cruising in fifth gear at around 80kmph. However, as speeds begin to climb above 95kmph, slight vibrations can be felt on the handlebar and the footpegs. And this turned out to be a big irritant especially because the highway section from Kolhapur to Bangalore is mostly well paved and smooth. Also, beyond 600rpm the engine sounds gruff. Since I would be riding it on the track, I didn't want to strain the engine. So I choose to cruise at speeds between 70-90kmph. I ended up reaching the outskirts of Bangalore by around 6pm. 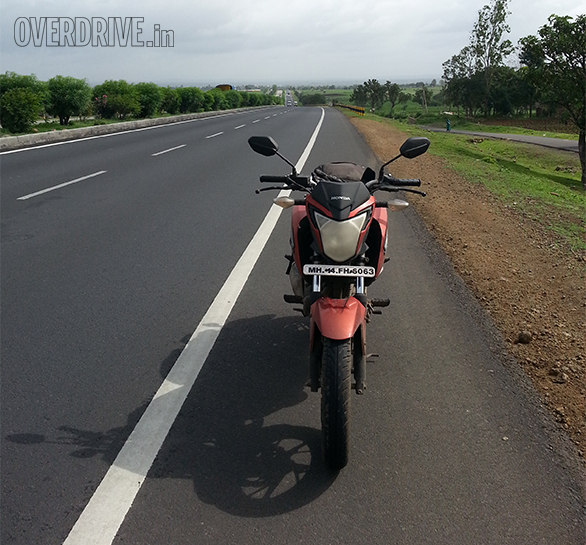 Filtering through Bangalore's infamous traffic and reaching my friend's Koramangala residence didn't turn out to be as eventful as I had expected. Being a Honda motorcycle, engaging the clutch and changing gears requires minimal effort. Also, the motor is very flexible and lets you roll alongside slow-moving traffic in third gear. Similarly, getting out of Bangalore on day three and on to the National Highway 44, which leads to Coimbatore, wasn't much of a task.

The one thing that irritated me was the absence of an engine kill switch especially at traffic stops. For a 160cc motorcycle that costs Rs 84,931 (ex-showroom, Delhi), it's surprising that Honda skimped on this feature. The route from Bangalore to Coimbatore that goes via Salem and Avinashi is very scenic. It is a smooth dual-carriage highway and the ride took around a five and a half hours. 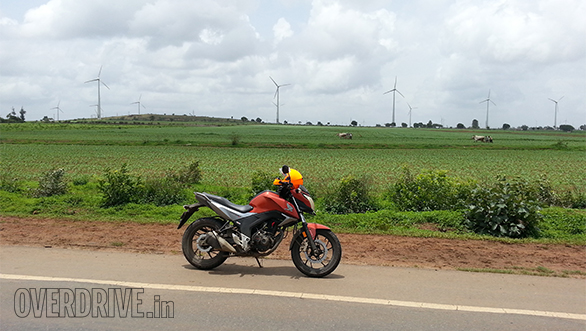 On the Kari Motor Speedway, the Hornet 160R felt light on its feet and never faltered in changing direction even at a moment's notice. Even while riding it aggressively, it always stuck to the line which increased my confidence tremendously. My grouse was with the brakes which lack feel. Also, the front lever requires a strong pull to extract the best results.

By the end of the track school, I became aware of what the Honda CB Hornet 160R was capable of. In fact, it had gained my trust and confidence. So much that I rode it back to Mumbai over a span of two days! Leaving Coimbatore at 7am, I entered Hubli city at 8pm. On the next day, I had an early breakfast in Hubli and a late dinner in Mumbai! If only the seat was less softly sprung, I would have ended up taking fewer breaks and covered ground faster. The only trouble it gave me on this road trip was a puncture which the Hornet can't be entirely blamed for. 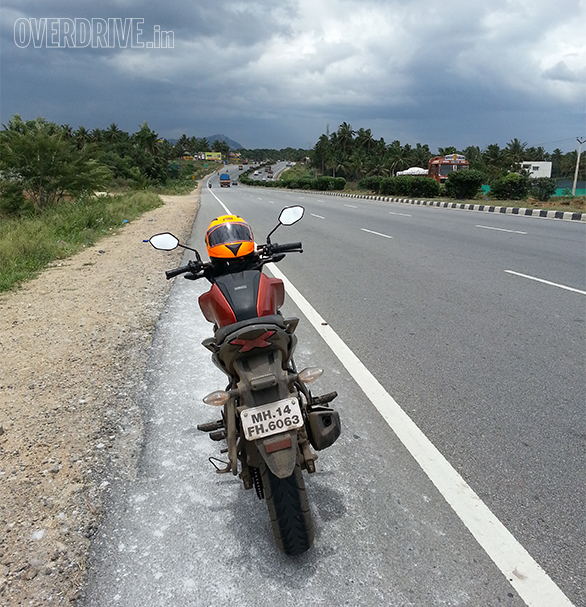 Overall, I am quite happy with the reliable nature and overall smooth performance of the Honda CB Hornet 160R. I have now made plans to complete some more long distance rides on it. Will I continue to have a hassle-free experience? Well, only the next report will reveal that. 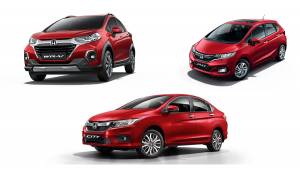