For something that is little more than an expanse of nothingness, the deeper I find myself in the deserts of Rajasthan the more alluring it becomes. Even the most stoic among us will have to admit that there is a sense of surrealism to a sunset in the desert. The clear sky seemed to turn a sea of blazing fire, held back only by those unbroken wisps of clouds. A climax to an over 1,000km adventure across Rajasthan in a new Mahindra Thar that we couldn't have written in ourselves. 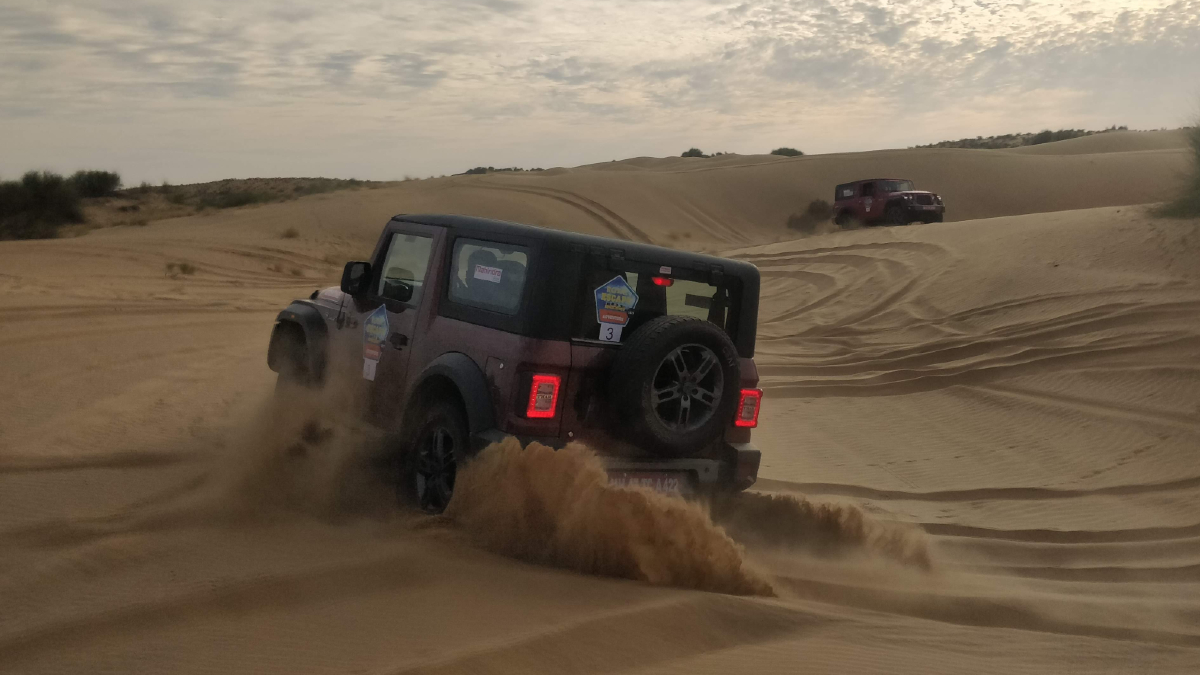 For added effect, this day also happened to be the most eventful of our five-day trip with the guys from Mahindra Adventure. An afternoon spent with the Thar in a closed-off section of the Sam sand dunes will feature quite high on a list of things to do in 2021 for any motoring enthusiast I assume. I'll have to admit there was a sense of apprehension before we started, having never driven solo on terrain like this before, but my diesel-manual Thar would have none of that. Select low-range, speed up, make sure you're in third at the base of a dune and keep momentum. A four-point checklist and the Thar covered the rest. Now a lot of 4x4s will make it this easy, but the pluckiness of the Thar is what made it so endearing. It won't take no for an answer but it also seems entirely capable of pulling you out of the mistakes you make when you do go overboard with it.

I had seen glimpses of this capability a couple of days before this on the trip. This was in the backwaters of the Jawai dam near Udaipur, on the sheer rock faces that dot the hills in this stunning leopard reserve. To all the African game reserves, we raise you this. Our convoy of Thars dispatched a reasonably challenging off-road trail to get here but the highlight was the steep, rocky slopes that led to some breathtaking views of the reserve. Again a switch to low-range is all that it took, although we did see some of the more skilled among us do this even in 2WD. An example of the sheer capability that a good, old-fashioned ladder-frame 4x4 construction brings with it. 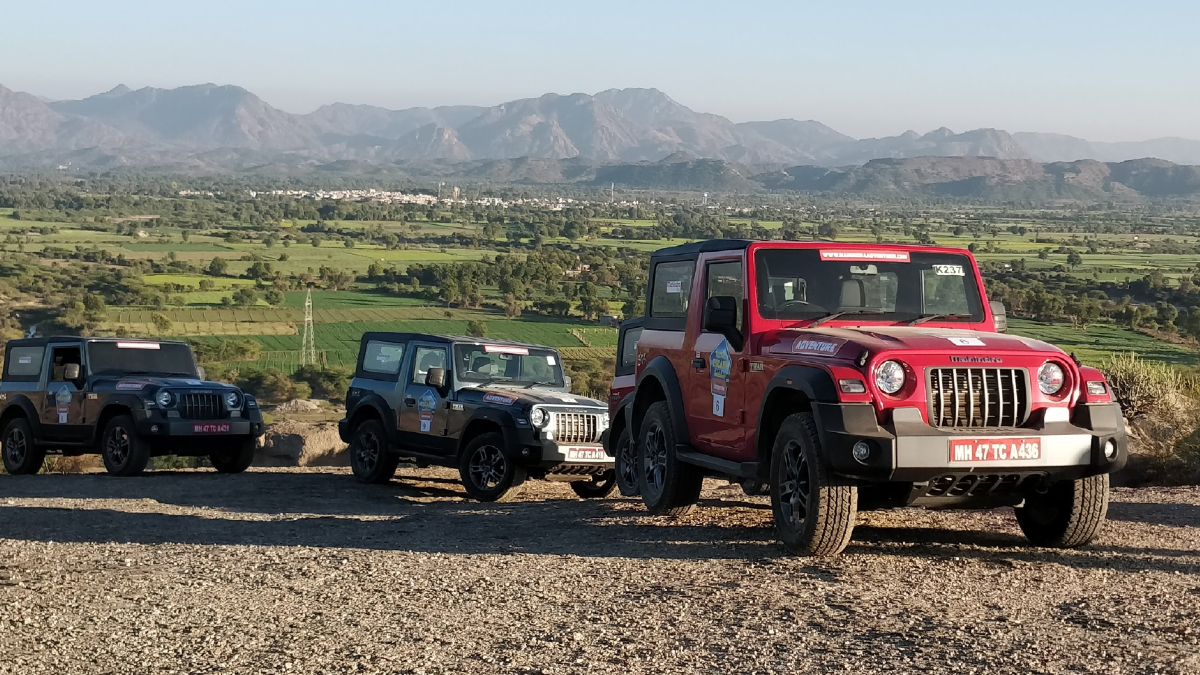 So the Thar really does feel at home in the Thar or anywhere else as challenging as it, but then this is at the core of what the Thar stands for. The long lineage of Mahindra 4x4s that the Thar draws from, starting with the post-independence CJ-3Bs, have always focused on making your task at hand easy and frugal to the exclusion of everything else. So it was in the hundreds of kilometres that I spent on the pristine highways of Rajasthan between these experiences is when I realized that this new Thar was far more nuanced than its relatively simple forebears. It covered these massive distances without challenge, as compromised as it may be with all the off-roading hardware it carries. Sure you miss a bit of interior and luggage room but that defining trait that some more polished 4x4 SUVs have of steadily lopping off large distances from a map has been realized here. And it's a civil experience which won't leave you battered at the end of it. As an added bonus you don't really need to slow down across bad stretches.

It is becoming increasingly difficult to remain an ardent car-lover, the machines you grew up lusting after are now seen as public enemies that need to be reigned in with electrification. Or closer to home, where the purer experiences from a well-sorted sedan are being replaced by compromised crossovers. At a time like this, the new Thar stands out with its clarity of purpose. It is entirely focused on getting you places you couldn't get to otherwise, and now with the added bonus of keeping you reasonably comfortable while you're at it. Now I'm not much of an adventurer, but this recent trip with the Thar has made me a convert. Job done, I'd say.