Supercars these days are mostly the no-nonsense type. You get into one, strap yourself up, thumb the starter, shift to drive and floor it. In no time, and in the right conditions, you've reached the vehicle's top speed. These days there're launch control, traction control and what not, to ensure that you get the perfect start and not end up wrapping yourself around a tree. Yes, these cars do make enormous power and tyre shredding torque, so you have to be careful. But on the whole, it's just too easy to get these cars up to pretty high speeds.

But that wasn't the case with supercars in the '80s and '90s. In those days, these were pretty analogue. No techno wizardry saving the day. Driving these cars, especially to the limit, was all about the driver's guts and talent.

One supercar that stood out among the rest in those days was the Ferrari F40. It was raw, unadulterated and considered by many as one of the greatest Ferraris ever built. 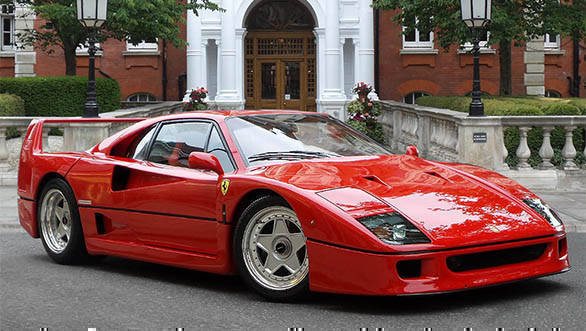 The F40 was built to commemorate Ferrari's 40th anniversary, and the company's founder, Enzo Ferrari, took keen interest in its development. In fact, the F40 is the last Ferrari to have been personally signed off by the man himself. And why wouldn't he? The F40, after all, is the first production car to cross the 321kmph barrier, by 1.6kmph! That's very fast even by today's standards.

The F40's roots are deeply entrenched in motorsport. Its origins lie in the Ferrari 288 GTO Evoluzione, a car built to compete in the FIA Group B races against cars such as the Porsche 959.

Group B cars were known to possess engines that developed mad power. Coupled with their ultra lightweight and superior technology, these cars were fast and quite a handful in inexperienced hands. This led to a series of crashes and fatalities, which ultimately resulted in the FIA pulling the plug on Group B cars. That left Enzo Ferrari with a few 288 GTOs with no real use. So he decided to build the F40. The directive given to the engineers was simple. Make the car go as fast as possible, and in the most unadulterated manner as possible. Just the car and driver, no electronic aids. That connection was important, and to date this is regarded as one best attributes of the F40. 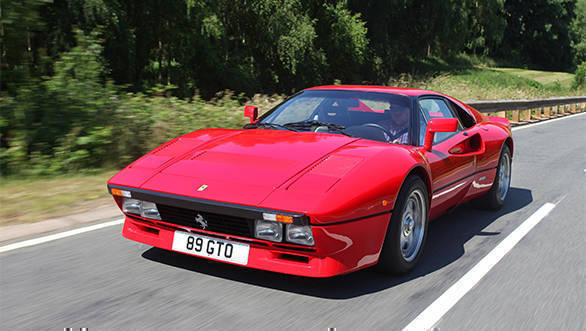 The F40 is bereft of stuff that you'd find in an everyday family saloon. There are no carpets, no door handles, no stereo or airbags. The seats are race spec, and it almost looks as if the engineers threw the concept of comfort out of the window when they designed it.

Ferrari used a larger version of the 288 GTO's 2.9-litre IHI turbocharged V8 motor that developed 478PS at 7,000rpm. Maximum torque was rated at 577Nm, which was developed at 4,000rpm. The engine was mated to a 5-speed manual. Oh, the joy of a proper manual!

The body was made of Kevlar, carbon fibre and aluminium, all in the interest of keeping weight as low as possible. The windshield and windows were made of plastic in the same interest . The F40, as a result, tipped the scales at 1,100kg only. That's how much a mid-size sedan in India weighs these days.

Styled by Italian design house Pininfarina, the F40's shape was purpose-built to reduce drag as well as improve aerodynamics. The huge spoiler at the rear just adds to the character and intent of the F40. The car has a drag co-efficient (Cd) of 0.34 which is pretty impressive even now. 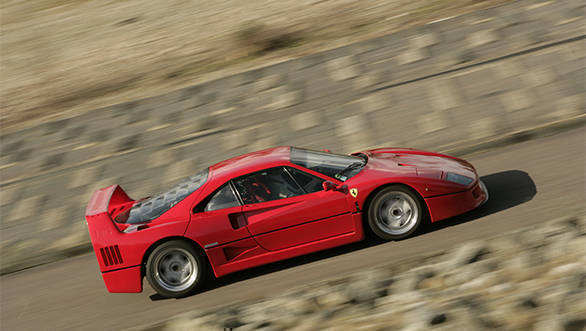 It may not appear as striking to look at as a Lamborghini of that era (think Countach), but the F40's styling grows on you. There's a purpose for every panel on the car, and we quite like that focus towards its design.

Given the lack of electronic aids, and the fact that there's no power steering, driving the car is a bit of hard work. There's a lot of power, low weight and the surge lent by the turbos to handle. It's a car that demands a driver's complete attention and unwavering commitment behind the wheel. No sloppiness here.

The Ferrari F40 is regarded by many as one of the best driver's car, built to deliver the pleasure of driving in a raw and engaging manner. Many dreamt of it and some still do, but the car, as most Ferraris, is not within everyone's reach.

The F40 commanded quite a hefty sum back in 1987, when it was launched. The Rs 1.7 crore sticker price was considered by many a critic as too steep a price. Ferrari too didn't expect to sell many. But as they say, a good product will sell, no matter what, and the F40 sold in numbers that were never expected by Maranello. Ferrari sold 1,300 F40s which was well beyond the initial plan to build 400-plus units. Such was performance and appeal of the F40.

For people who love a car that rides, handles and communicates, the F40 was, and still is, one of finest cars on the planet. If you've seen or driven one, thank your lucky stars. 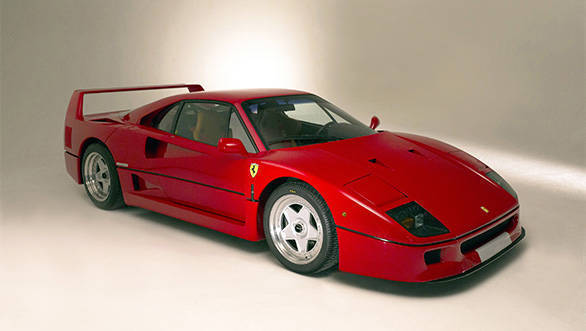 For the many who can't, this is what you can and should do now. Go through the umpteen number of YouTube videos of the Ferrari F40 in action. Plug in your speakers or headphones, crank up the volume and listen to one of the most glorious V8 soundtracks. Our office is currently drowned in the sound a Ferrari F40 makes. I'm sure a lot of us are going to end up dreaming of a drive in this lovely super car.