"I am an adventurer," says Amen Changkija with a wide grin on his face. We're standing at the Parc Ferme in the Kisama Village, where the rallyists have come to a halt after what has been a grueling day of driving and riding through the hills. Changkija surveys the vehicles around him with pride, before telling me that it was this very adventurous streak in him that led him to join the Nagaland Adventure and Motor Sports Association, the body responsible for the JK Tyre Hornbill Rally, now in its seventh iteration. 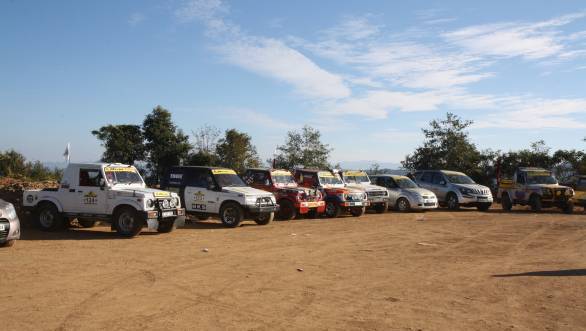 The rally cars ahead at the Parc Ferme before the start of the event - blue skies and the open road ahead, then!

The Hornbill Rally is one of the few motorsport events of this scale that takes place in the North East of the country, and the enthusiasm that people have for the event is reflected in the number of entries that can be seen. It isn't just locals that are competing in the event - experienced drivers and navigators from all over the country have made it to the twisty and winding roads in Kohima, preparing their cars and minds for the task of driving through the hills. 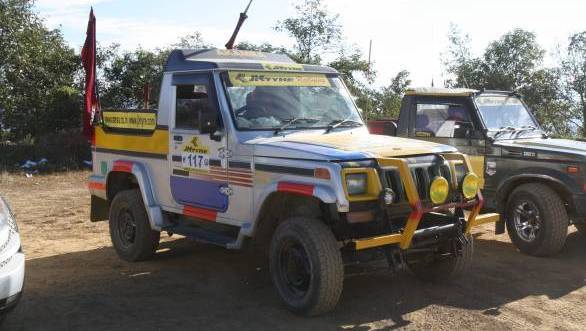 Other than the standard rally stickers and modifications you'd expect to see, the folk in Kohima have taken things a step further. There are KTMs with hornbill beaks fitted onto their headlights, little Maruti 800s with skulls above the windscreen. There's a rallying spirit in the air alright, but coupled with a spirit of the mountains and the Hornbill festival itself. 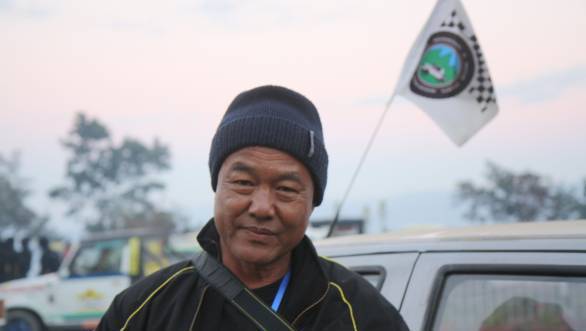 Amen Changkija, one of the founder members of the Nagaland Adventure and Motor Sport Association

The challenge of the Hornbill Rally, as is the case with most TSD rallies, is to check in at every Time Control on time. And with the professionals competing in the event, the battle for victory in the TSD Pro Class was terribly close. Winning the class were SK Ajgar Ali and Mohammed Mustafa, who had a total penalty time of 00:00:10. Giving them a run for their money were Along Aier and Chandan Sen who were seven seconds adrift and finished second. Satish Gopalakrishnan, who had swapped his driving gloves for a navigator's calculator for this particular rally, co-drove Chidanand Murthy to third in the event, managing to even pick up the prize for maximum zero penalties along the way. Victory in the Amateur Category went to Nitoka Chopi, co-driven by Philip Lam. The two-wheeler category saw domination from the Kolkata camp, with Saptarshi Basu and Diptojyoti Ghosh winning the category, followed by Uday Ganguly and Rajkumar Mundra in second place, while Mukesh Thakkar and Subhanshu Hazra finishing third. 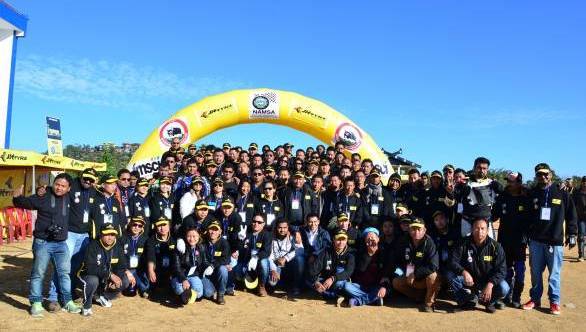 What is it that makes the Hornbill Rally so special though? Special enough for people to travel across the country? Well, it isn't just that it is set in one of the most picturesque places in the country. Nor is it the fact that it runs during the Hornbill Festival, an annual cultural extravaganza that takes place in the mountains. 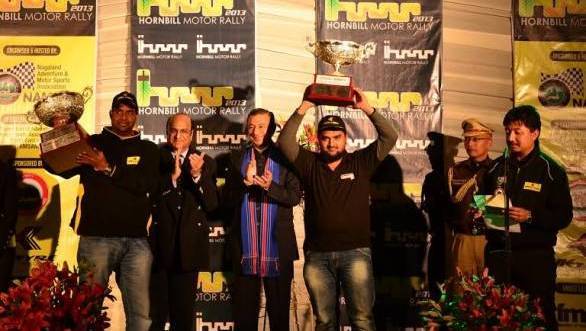 It is also the fact that there is the enthusiasm and excitement in the people and participants that sets it apart. And while this year's edition of the Hornbill Rally wasn't a part of the National TSD Rally Championship, having the event back on the calendar will be no bad thing. 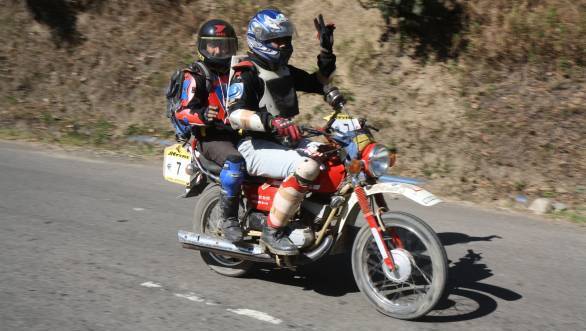 All that it needs are a few more Time Controls along the way, given that one competitor wryly muttered "All this trouble for 5 TCs." After all, the spirit of adventure that is a vital part of most motorsport events is already present in the hills and dales of Kohima thanks to people like Changkija. 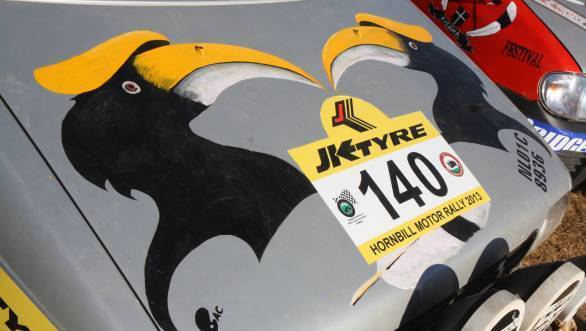 Just making sure you're aware that it is the Hornbill Rally