I don't generally name the motorcycles or cars I get to ride or drive. I prefer calling them by the names bestowed on them by the manufacturers - Pulsar, Ciaz etc. But the ZMR has earned itself a name - Transformer. The last time my report on the ZMR was about how things would fall off the motorcycle and the not-so-happy nature of the engine as well as its transmission. Vibrations were a big problem. Surprisingly after the last (third, at the 5,000km mark) service, things have been much better. And hence the name. 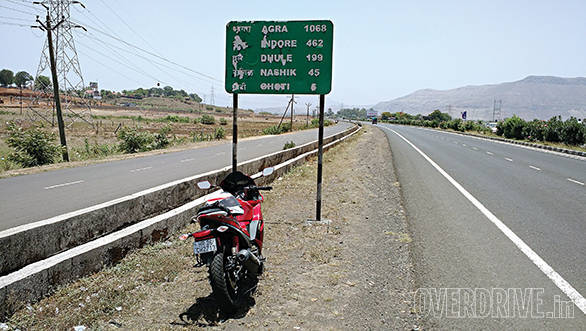 With many of its earlier niggles sorted, the ZMR was suddenly in demand at the office. But it was I who grabbed the keys (despite repeated requests from people who wanted to 'clean' it and what not) and took it on two long rides. Once to Alibaug and another time to Nashik. Both rides were a near 300km round trip and I enjoyed them a lot more because of the bike's smoother nature. While I wouldn't say that the ZMR has the best or most powerful or even the most refined engine, it can definitely cruise comfortably over 100kmph. Ideal for those long weekend rides. This doesn't change with a pillion and at the end of the ride both will be totally relaxed owing to that brilliantly comfortable suspension setup. But this does take a toll on the handling with the ZMR being a little reluctant to tip into corners  it simply is too big and soft. The brakes themselves are not the best stoppers around but they do their job.

The monsoon is about to set in and it is also time for Transformer's routine service. After all, she has covered more than 2,500km since the last report. A splatter guard (Hero has one for sale) is a must and I'd also like a performance filter. Will anything change with the latter? I shall let you know next month.

More from OVERDRIVE on the new Hero Karizma ZMR 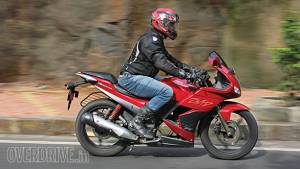