At the final round of the 2019 NRC's Indian Touring Car races in Chennai last month, I finally discovered the viewing gallery at the MMRT. It's a bare, glass-faced room four floors up and not a whole lot bigger than your average Mumbai living room. But thankfully it is air-conditioned and lets you see quite a bit of the track, which is otherwise notoriously difficult to find your way around as a reporter. 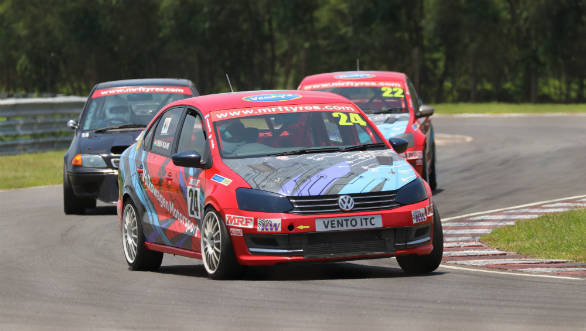 That's nothing out of the ordinary, every racetrack has something like this. But something amazing happened whenever there was a race. The room would fill up with other drivers, technicians, managers, family members, all heavily invested in what they were watching. Their sense of anticipation and passion seemed to fill up this now crowded space and bring an energy that seemed almost tangible.

And unsurprisingly, the most fervent of these moments was during the Indian Touring Cars races. The new regulations and Volkswagen's Motorsport's entry into this class of racing have rejuvenated what has been the premier, but so far stagnating, touring car races in India. Much of this newfound life comes from the battle between the young drivers in the Volkswagen Ventos and Race Concepts' veteran driver Arjun Balu in his newly turbocharged Honda City. 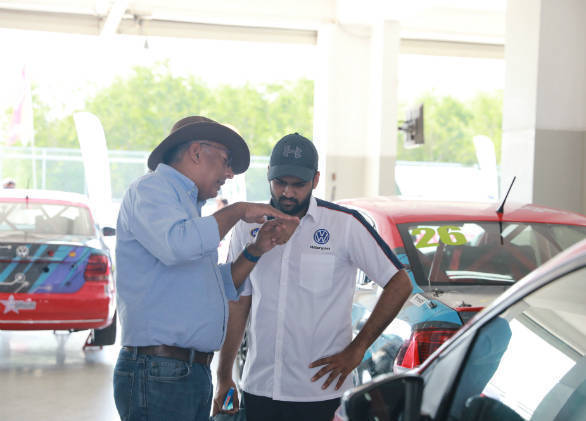 The youngest of these Volkswagen drivers, and the one who won the title for his team this year, is Dhruv Mohite. More than the win, how he got his team to the title is more important. The rivalry between Balu and the VW outfit this year will be uncannily familiar if you've seen any of the newer crop of motorsport docudramas. On one hand, you had an imposing, well-set-up and young factory-backed outfit and on the other, you had a smaller group of people who have been doing this for decades and with their own instinctive way of functioning. And these differences presented itself first in the cars and then on track. The Vento TC4-As have been a pet project in the larger scheme of this event for Volkswagen Motorsport. They've taken their crop of young drivers and engineers and their findings and put it to use in another situation. So it has been a work in progress. Race Concepts have had much more time to develop their car and have made it a formidable machine through years of learnings and experience. But the vast organised pool of resources has been missing, as has been the reliability that comes with the backing of a manufacturer. It's been all old-school engineering knowledge and instinct at work. 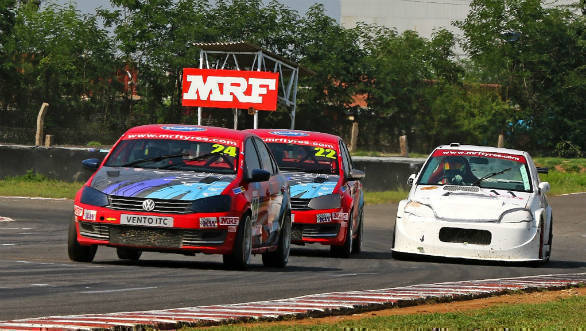 So a fair battle then and one which played out as such on the track. A few early niggles with the Race Concepts Honda put VW in the driver's seat in the first round, but the slow corners at MMRT had the heavier Ventos fall behind in the second and third rounds. This, aside from all the penalties and DNFs that both sides had to deal with. Mohite says this of when things started to go his outfit's way, "On Saturday Arjun Balu had a DNF and fortunately we had placed ourselves so well, we scored a point for first place. Then it was a matter of who finishes ahead. That is when we were in with a serious shot. On a reverse grid in Chennai, passing eight or nine cars, regardless of your pace, is a task." 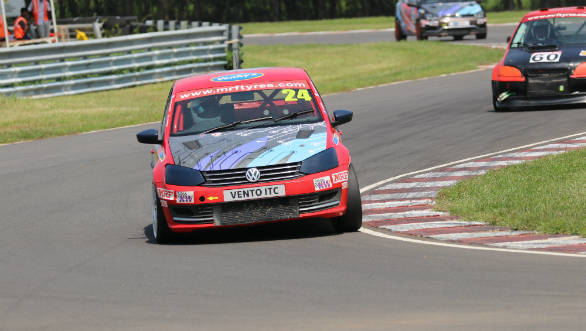 The way Mohite got himself to a place where he could present a challenge for the ITC trophy is a great example of what a motorsport programme focussed on unlocking potential among young drivers can do for the racing community in a country. Mohite has been racing for about 15 years now, 11 years of which he spent karting. He also spent a few years with the JK Tyre championship but the 21-year-old seems to have properly hit his stride from 2017 onwards. He won a few races in the Ameo Cup then, before winning all of it in 2018. This ITC seat is his prize for that, Volkswagen Motorsport India sponsors a drive for their one-make series' winner.

Sirish Vissa, the boss at VW Motorsport says of Mohite's growth, "Coming into the ITC, he is able to understand what he needs to do in any particular situation. In the third round, he lost two races because of an issue. He has overcome that setback this weekend. In the situation, he's competitive. It would have been easy to push hard and try to catch Arjun Narendra, but instead, he let him go and did his thing. He kept his head about him and focussed on the championship. It was the same in both races this round. He could have attacked but he didn't once he saw Arjun park up. I've seen him mature and become a lot more focussed on what he needs to do. He's able to tune out all of the noise around him and he is a lot more confident in himself, his abilities and what he wants to achieve." 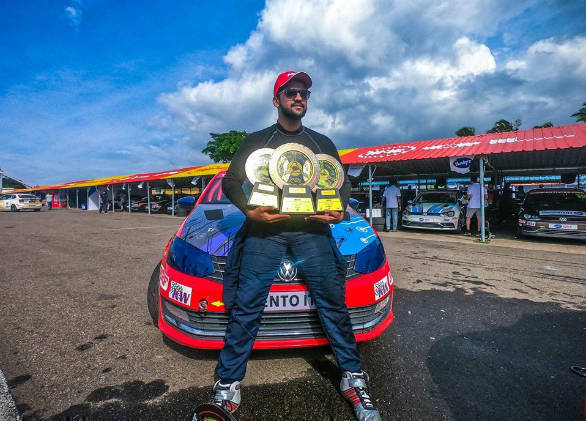 In my interactions with Mohite, I get a sense of this focus. He is quite soft-spoken, not a commanding presence and seems to understand his place in the scheme of things quite well. There seems to be a lot of reverence of the sport and the names around it and the desire to be accepted as a competent member of this fraternity. He seems to learn from his young teammates like Karthik Tharani and ITC veterans like D Vidyaprakash. He's been racing since he was seven, at a karting track his motorsport-inclined father built for him in Kolhapur, his hometown. A facility that has now grown to become a full-fledged academy. He says cars and motorsport are a big part of the family and seems to attach reasonable value to his privileged position.

Mohite also seems like he doesn't want to be confined to a single disciple. He's been successful in karting and has had a competitive tenure in single-seaters in India. This ITC win, as wins go, seems to have opened some new doors for him mentally. His relationship with VW remains, as Vissa puts it, an integral part of the family now. But Mohite still seems to be cautiously optimistic about his other prospects in racing. "I've just finished college, I've started working back home as well. I'm very comfortable with VW, but I obviously want to take up another challenge. I wouldn't call myself the best ITC driver that exists, it's just that the amount of effort we put in as a complete package led to this win. There's a lot more to prove, more competition. But today or tomorrow, with saloon cars in India, I will hit my spot as I did with karting. I want to explore my options internationally but still not very sure what that will be. 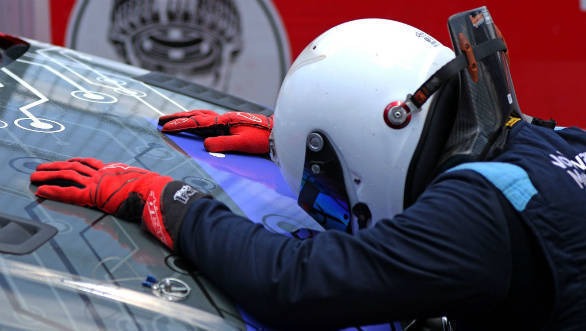 His first step towards this will be in early October when he goes to South Africa in an exchange program with Volkswagen Motorsport South Africa. He will drive in that outfit's Polo Cup, a challenge quite a few levels above what he has faced here. He will drive a car with more power, an H-pattern gearbox and no ABS, in a 20-car grid that is usually separated by a few seconds.
But this seems exactly right somehow. It's a small step, but Mohite winning the ITC seems to be a sign of validation of the changes that have been made to this championship this season. Like always, the usual follies of India motorsport remain, but they seem to be better countered by emerging young blood, healthy competition and a sense of connection with a wider audience. It's as if the first plans for that viewing room are being drawn out. With more wise decisions in the future, that room full of positive energy doesn't seem too much of a dream.