Harley Davidson came to India ten years ago, in 2010, with just five locations. The year now is 2020, and the American cult motorcycle maker has shut shop in the country. It is leaving behind thirty-three dealership touchpoints, a number it grew over six times over the last decade, and the last of which was added as recently as December 2019.

Dealers of the Milwaukee, Wisconsin-based motorcycle maker are now navigating a hasty transition as they say the brand left the country, and them, without a plan. From January 2021, Harley Davidson India will be operated under a new business entity controlled and run by India's largest two-wheeler maker, Hero MotoCorp. Loyalists of the brand say it is an unseemly marriage. But what pinches Harley Davidson's dealers most is the difficult predicament the company left them in - caught unawares after repeated assurances that things in the country, amid myriad media reports of an imminent exit, were just fine. "There were mails coming, it was business as usual with Harley Davidson till the afternoon of 22nd September. I picked up my last stock of bikes from Harley on September 23, and on September 24, our contracts were terminated", said Rishi Agarwal, owner at Capital Harley, the motorcycle maker's first dealership in India.

Agarwal is winding down his Gururgram showroom, built as a Harley experience centre, and will now operate only a single showroom in New Delhi instead, for the entire Delhi-NCR region. "It is actually painful to see this shutting down, when you build something with so much passion brick-by-brick."

While Hero MotoCorp has decided to retain only 10 out of Harley's network of 33 dealers, the ones who won't continue the cult under Hero's reigns say Harley Davidson's compensation plan for them leaves a lot to be desired.

The offer entails a compensation of Rs1,500 per square feet of facility with 10 per cent depreciation for each year the facility has been in operation. For instance, a location which is 8-years old will only receive a compensation of Rs 300 per square feet, This means each location is staring at a loss of Rs 2-3 crore, on showroom infrastructure alone.
The company has also offered a six-months sales margin for dealers who will not continue their business under the tie-up with Hero. These dealers will be left holding close to Rs 70-80 crore worth of inventory in products and merchandise.

"We will lose almost Rs 15 crores in this business based on the current offer we have from Harley Davidson", Aggarwal said. He points out that while Harley terminated its dealers' contract agreements with effect from September, the dealers continue to be bound to the company till December 31. This translates into an average expenditure of Rs 20 lakh per month in the form of salaries, rent, and other fixed costs.

For many dealers, Harley's decision to ride away from the country is a harsh cut, because they were enthusiastic riders who decided to turn their passion for the cult bikes into a livelihood. "From 2013 to 2020, I never made money from this business. The way things were projected to us was that smaller displacement bikes were coming, and that gave us hope the business will turn profitable", Manish Gupta, owner of Tiger Harley in Indore shared. Gupta established Harley Davidson's first showroom in Central India.
"It was never just a business for me. I wanted to offer the Harley experience that I so thoroughly enjoyed to people in Madhya Pradesh as well. When this news came I was devastated".
"Their approach towards their partners totally changed after their partnership with Hero. The compensation I'm being offered is Rs 35 lakh rupees, on my investment of Rs 4 crore, in just setting up the showroom", he added.

Dealers are apprehensive if they can make Harley's partnership with Hero MotoCorp work, given the company has decided to pull the plug on its mid-and small-displacement bikes for the market.

Harley Davidson's Street series contributed close to 65% of all sales on average across dealerships. For dealerships in smaller, non-metro cities, the smaller displacement bikes - the Street and the Street Rod accounted for as much as 80% of all sales. The decision to discontinue this range, dealers fear, will severely hit demand for the brand.

"I'm not interested to run my dealership under Hero because it doesn't make business sense. My market doesn't have the potential for bigger displacement bikes", Gupta said.

Central to the Harley Davidson community are its riders. The HOG community is worried that the supply of spare parts, which was already constrained due to the pandemic, will become even tougher to come by as Harley's supply chain is cut off. The company, however, has committed to customers that it will resume its supply of parts and spares January onwards.

"Availability of parts has been a problem. It took me over a month to get a tyre for my bike. We hear that Harley Davidson in the US was not taking orders for parts. Now we do not have oils or batteries. When nothing is available, how do you get the bike serviced?", Harmeet Singh, a Harley owner said. 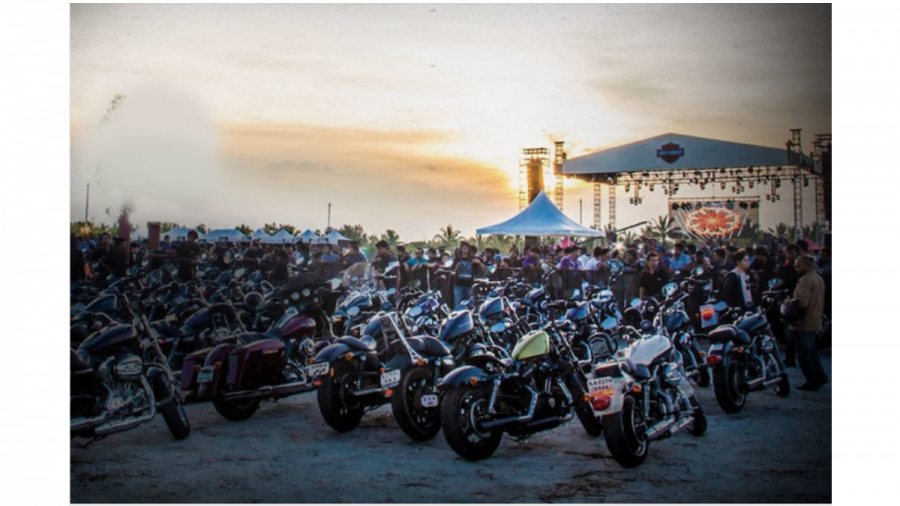 Customers are also wary that Harley's cult and its brand messaging may not remain the same after its association with Hero.

"It [Harley Davidson in India] is a religion. That attachment cannot happen with any other brand and they cannot come up to that emotional level in any case...
you cannot implore riders to associate with another brand forcibly. The speeds, managements, temperaments just don't match", Captain Rajesh Sehgal, owner of the Harley Davidson Fat Boy said.

In 2021, as Hero readies to guide Harley's next chapter in India, its tasks, besides turning around the business profitably, is laid out clearly: Winning the confidence of riders and dealers, and keeping the love affair with the brand alive will be challenge number-one.