Now Gwalior is somewhat overshadowed by the rest of what Madhya Pradesh has to offer. But this city is steeped in history. It dates back to the 8th century AD and legend has it that a local chieftain Suraj Sen was struck with a serious illness. A hermit named Gwalipa cured him, and in his gratitude, Suraj Sen set up the city of Gwalior. This city is also of immense cultural significance and the street food is fabulous too. So with the MG Astor at our disposal, it was the perfect spot for a quick getaway. 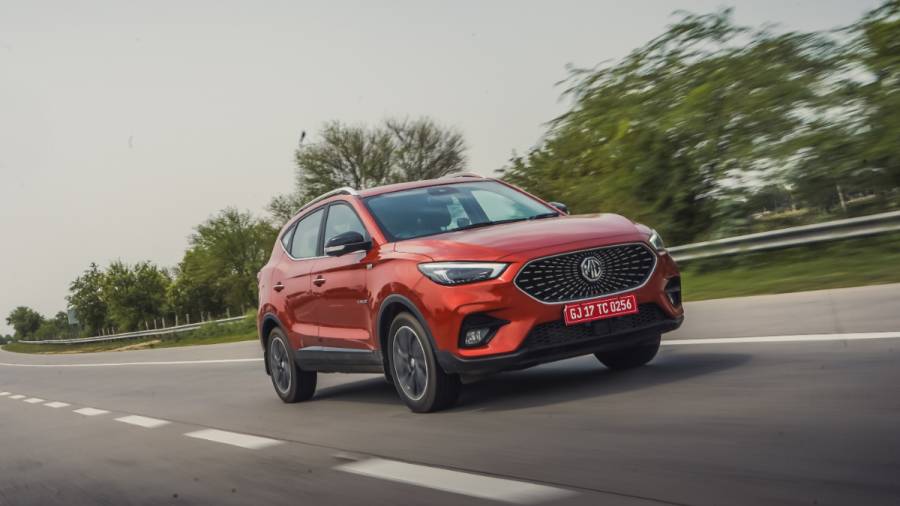 The drive down to Gwalior from Delhi is a breeze. The roads are wide and well-paved which means you can do the 300 km distance well within six hours. The MG Astor with its Level 2 ADAS features like adaptive cruise, emergency braking, lane departure prevention and blind-spot monitoring made it easier still. And paired with the high-speed stability and comfort as well as the tech like the inbuilt Jio-Saavn app meant we were barely the worse for wear by the time we reached Gwalior. The voice-assistant with its jokes and Wikipedia access made sure we were also in high spirits and well informed by the time we reached Gwalior. 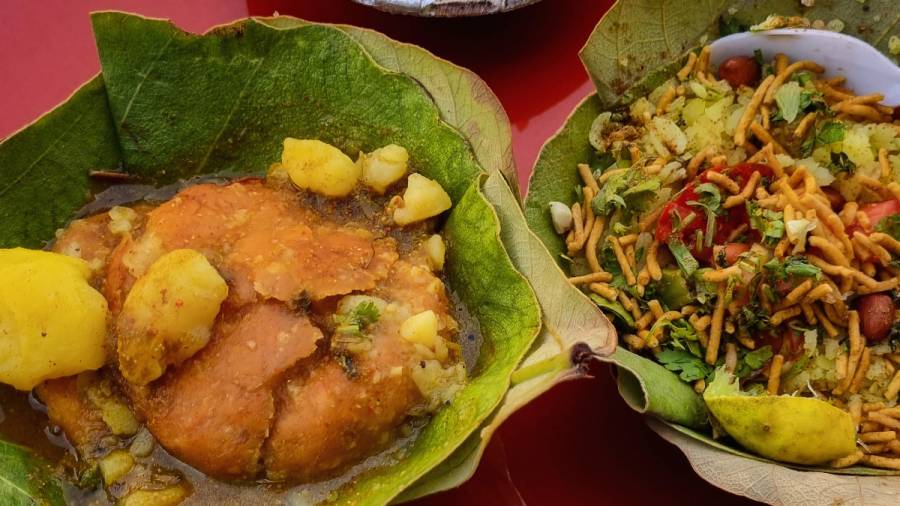 In this part of the country, a good breakfast is never far away. You must start your day with a local breakfast of kachori, bedai and poha and few do it better than S.S. Kachoriwala. The kachoris were hot, crispy and dunked in a spicy potato curry. The perfect fuel for us as we began exploring the city.

The main attraction here is the Gwalior Fort. It towers over the city and has been around since at least the sixth century CE. Much of the modern structures were built by the Rajput ruler Man Singh Tomar and are unique because they have been perfectly preserved since they were built in the 15th century. 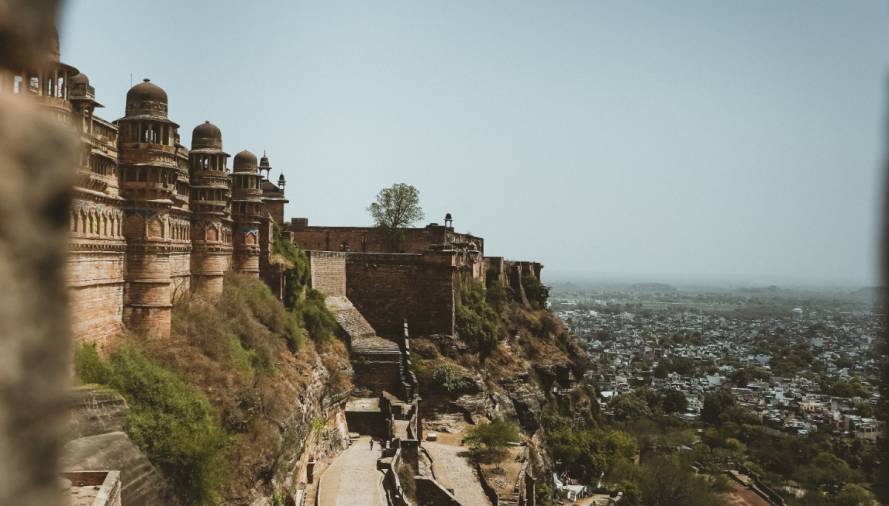 Gwalior is also a typically Indian city in the way that traffic is a bit lawless and the roads a bit narrow, a driver's nightmare. Thankfully, the MG Astor with its great low-speed ride, the light Urban steering mode and the rich sangria-red plush leather draped cabin with all manner of gizmos has kept our spirits up as we head first to see the city's main attraction. Navigating through the city was simple thanks to the AI voice assistant.

The Fort is a vast amalgamation of structures built over its history from the early Hindu and Jain kingdoms, the Mughals and then the British. The Man Palace built by Man Singh Tomar is the most imposing of these set apart by its colourful geometric tiles. 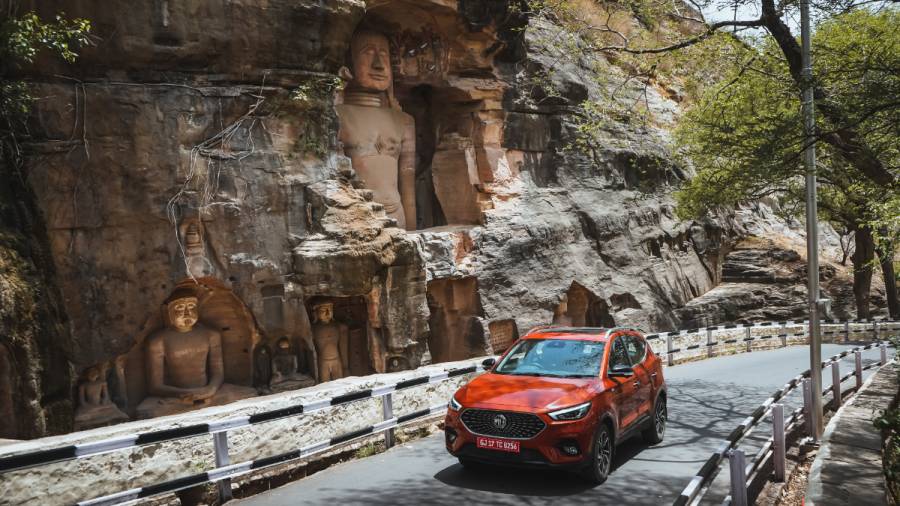 There are also imposing Jain rock-cut sculptures which date further back to the 7th century. There are 21 such temples and the tallest is one of the first Jain Tirthankara, Adinath. You also can't miss the interestingly named Saas-Bahu temple, It dates back to the 11th century and is mesmerising in its architecture. And remember the story we told you of Gwalior's origin, legend has it that this was the site of that miracle in question. 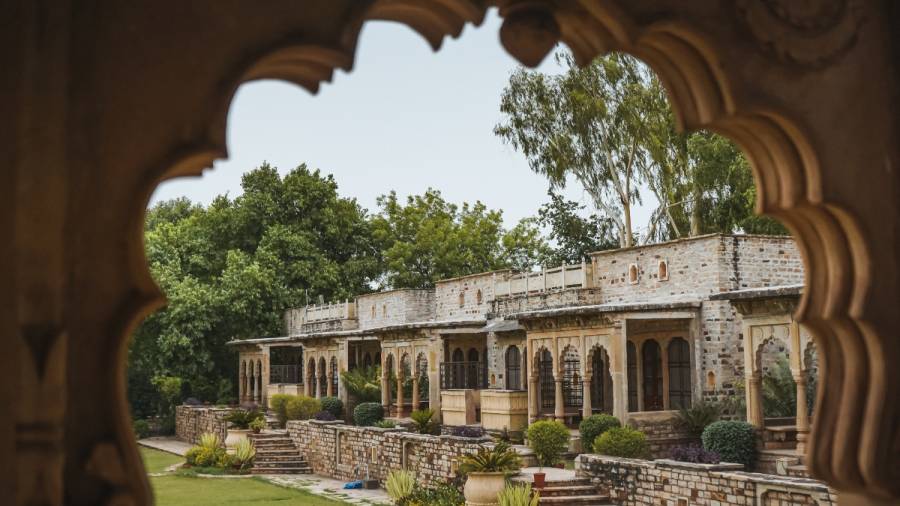 Even at the fag end of summer, Gwalior is a scorchingly hot place. So we were quite happy to be back inside the Astor, the bluetooth key makes it especially easy, as we made our way to the Neemrana Deo Bagh, a lush 17th-century heritage property right in the middle of the city where we were staying, for lunch. The pre-cooling function via the i-Smart app is a boon in this weather. The food itself was hearty with a vast spread of local delicacies properly sating our appetite and minds. 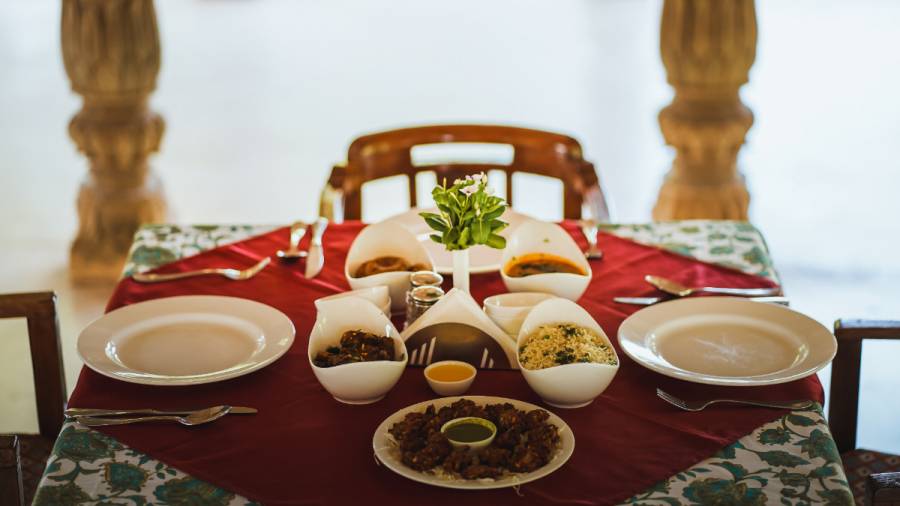 But with us being on a tight schedule it was back on the road. We were thankful for the way the Astor drives in the city, the peppy turbo auto combination and the great visibility offered by the powered seats and large glass area helping us navigate the streets easily. The over 49 safety features in this car like the four disc brakes, stability control, traction control, TPMS, hill hold and hill descent control also kept us reassured.

Our next stop was the Jai Vilas Palace. It was built in 1874 and is home to the Scindia family, the erstwhile rulers of the princely state of Gwalior. A far cry from the Gwalior Fort and its history steeped walls, this place oozes opulence with its European architecture. The exterior of the palace is unique in the sense that it mixes various European architectural themes from the period. The first story is Tuscan, the second is Italian Doric and the third is Corinthian order of architecture. 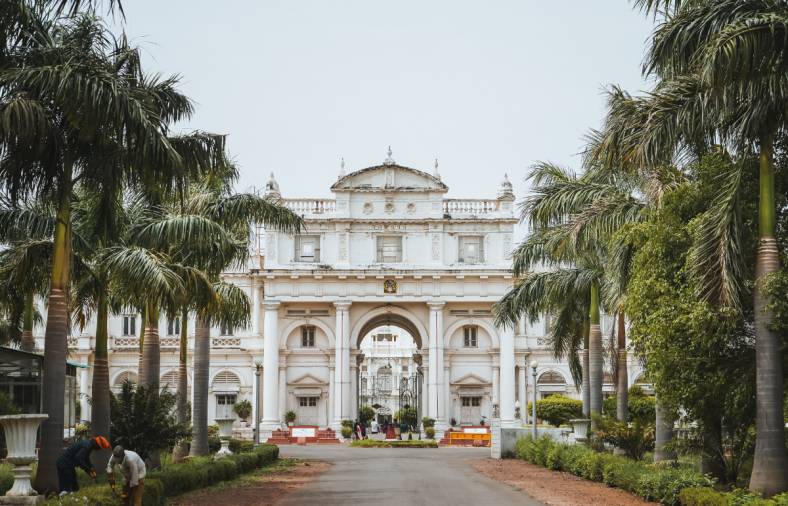 The inside of the palace is arguably even more splendid in its opulence. The rulers of the princely states liked to live the good life and it's no different here. Over 560 kg of gold was used in the Darbar Hall. The two chandeliers are 3.5 tonnes and use 250 light bulbs each. When it was first installed, eight elephants were supposedly suspended from the roof to check their strength. There's even a small, functional train on this gigantic dinner table to serve guests.

As the sun sets, and after the history and opulence of the last two destinations. It was time for some quiet. The large, well-lit cabin of the Astor with its big panoramic sunroof has already set the mood for our next stop. 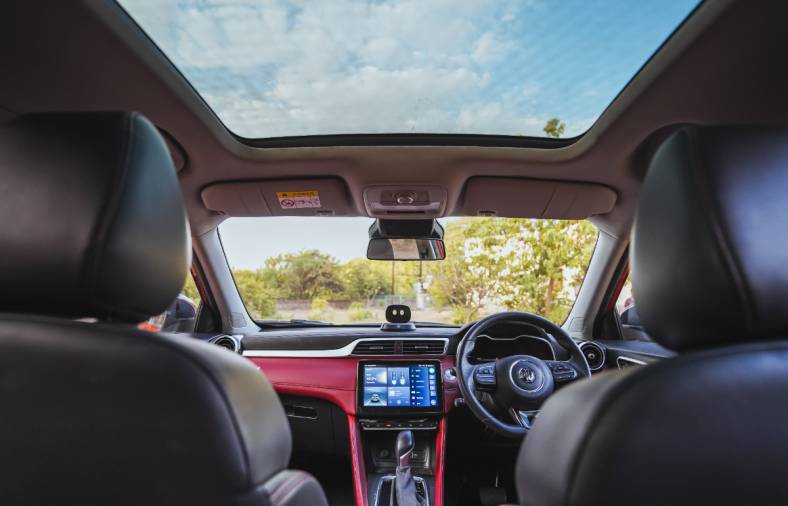 Gwalior is also a great centre of Indian culture and nothing signifies that more than Tansen's tomb. He was one of the nine gems of Akbar's court and possibly one of the greatest proponents of Indian classical music. Legend has it he could o create magic with his music and cause rains and even enchant animals. Its the perfect destination to wind down after a hectic day, among this typically Mughal structure with the sprawling gardens, domed structures and intricate carvings

In this part of the country, it only makes sense to try out the local chaat varieties. And Gwalior has a few interesting ones to offer. The intriguingly named Karela chat is not bitter but is named after the vegetable only because of its texture. It's delicious as you would expect, especially at the nondescript Sai Chaat Bhandar near Ram Mandir

And as we end this day soaking in this lively, bustling city, with its immense heritage. It only makes sense to celebrate this with some pan kulfi from Ishwar Kulfi Centre. The icy treat is refreshing in this hot weather, and we come away fully satiated with this brief holiday, the MG Astor with its mix of comfort and technology keeping our spirits up as the perfect companion. 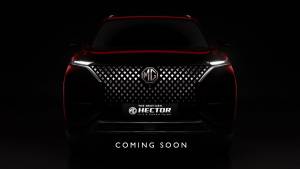 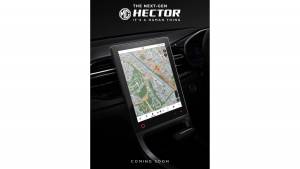 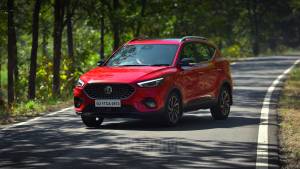