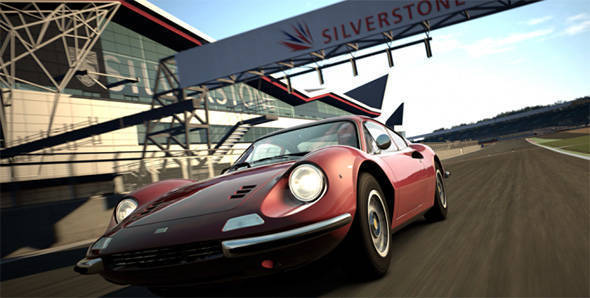 Gran Turismo 6, the latest edition of the cult racing simulation is expected to be launched by 'Holiday 2013'. December 2013 then is going to explode with some of the finest and most authentic racing action ever seen on a console.

Kazunori Yamauchi, president of Polyphony Digital and creator of the cult franchise, made the announcement at an event celebrating 15 years of Gran Turismo at Silverstone in the UK. Silverstone circuit is incidentally one of the new circuits to be included in the latest version of the game.

I have been playing Gran Turismo ever since its inception in 1997 and it is undoubtedly one of the most realistic simulators I have ever experienced. Over the 15 years it has been around the game play, graphics and cars have only gotten better. Gran Turismo 6 however isn't out to revolutionize the series as much as it evolves into another step up the racing games ladder.

Gran Turismo 6 will add to the series several new tracks and layouts, new cars and a revised user interface. But more importantly it sports a revamped game engine that will significantly improve the visual quality and operation. It also increases the flexibility to expand the game with downloadable content as well as connect with other new age devices such as smart phones and tablets with increased social and community functions.

Skip the operational capabilities and extended connectivity and what we can see from the initial trailers is a richer visual experience than what GT5 had to offer. There is also a new range of cars to explore in Gran Turismo 6, and from the initial rushes you can see the Lamborghini Countach, Renault Alpine and then some modern sports and supercars as well such as the SLS AMG and the Alfa Romeo 4C. The list of cars in the Gran Turismo 6 world has gone up by around 200 to a total of 1200. The game will continue to offer the same high levels of customization and there is an improved course maker offering more detail and this includes using the magnificent Spanish backdrop of Andalucia as is evident in the trailer. Gran Turismo 6 also enlisted the assistance of Yokohama and suspension company KW Automotive as technical partners. They not just helped improve the game's physics engine but also enhanced the tyre and suspension kinematic modeling to make the racing experience more realistic.

In fact the physics are so accurate and life like, I have read stories in automotive magazines where reviewers have used the virtual world to review cars from the real world. Every nuance of a car on a race track is accurately detailed. It is very easy to lose focus of the race and instead get immersed in just how the visuals look. Piloting a car around the 'Ring you can sometimes get thoroughly captivated by the scene unfolding as you car comes out of a corner and the sunlight bounces off the hood. It's a momentary distraction but at a circuit like the Nordschleife, it can spell doom.

What makes Gran Turismo 6 even more interesting is the GT Academy. This collaboration between Sony Computer Entertainment and Nissan Motor Company aims to discover driver talent from around the globe. The program started off in 2008 and returns yet again in 2013 larger than ever by including several more countries in the program. It essentially uses the games platform to identify talent who eventually participate in live racing events.

The process is simple, fastest gamers from around the world compete in their respective national finals. From the virtual world to the real world, these winners are then invited to take part in the international finals held at Silverstone, which is now also the home of the GT Academy Race Camp. The best of the Academy are then put through an intensive driver development program to qualify for what is one of the best jobs in the world  a race seat in the Nissan GT-R GT3 Nismo in a top flight championship.

It sounds surreal but GT Academy has been doing this for several years now and quite a few of the drivers from this program have found themselves piloting cars at the 24 Hours of LeMans and the Blancpain Endurance Series.

Awesome doesn't even begin to describe what started off as a game but now is just so much more.