Go F4rth: A Formula 4 weekend from the inside

"I don't usually have tough weekends, it's just this one."

Robert Schlünssen might smile while he's saying this, but I get the feeling I've touched a nerve. It's the same feeling I get a few hours later when I, in retrospect rather carelessly, refer to RS Competition as a 'fledgling outfit'. Of course, by that I merely mean that this outing at Oschersleben is their first Formula 4 race weekend ever. And their many years and accolades in karting aside, the move to Formula cars could well see them having to hoist themselves up a rather steep learning curve. But when I see Robert's expression as he points out the fact that a team with ten years' experience in motorsport (and it's not just karting, they've also done two seasons of Formula Ford in Denmark) can hardly be called 'fledgling', I decide I really must be more careful what I say. I'm already at strike two. Strike three, and I'm likely to be politely but firmly shown the door! And since I am eager to get an accurate impression of a Formula 4 weekend from the inside of a team, behave I must. 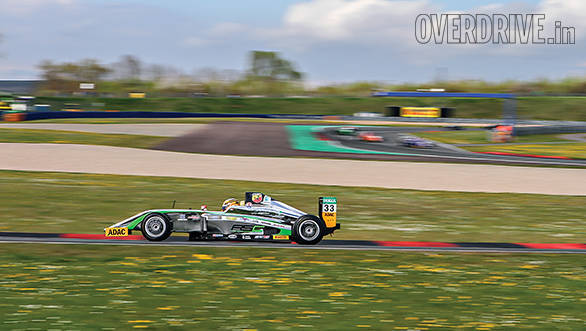 Not quite an easy weekend for Jan Jonck in the No. 33 RS Competition car at Oschersleben, but with learning aplenty

But before we delve into the inner workings of an F4 team, let's take a look at this from the outside. It's a rather sunny day at Oschersleben and there are droves of people at the track. The grassy knolls that flank Turns 1 and 2 have crowds jostling with each other for space, and it takes plenty of jumping (to catch sight of the timing screen) and peering between peoples' elbows (to catch sight of the cars on track) for me to get a clear idea of what's going on during the races. Of course the fans at Oschersleben, in between bites of currywurst and swigs of bierre, are out to cheer on their favourite GT Masters drivers, and there are people there to watch the Volkswagen Golf Cup as well. But whether it's the paddock or the grandstands, I daresay I can't take ten steps without hearing the name Mick Schumacher whispered. Which leads me to believe that a part of the interest in the races that particular weekend has a little something to do with the fact that Michael Schumacher's son is making his Formula car debut. But it's also because the ADAC Formula 4 championship, in its first ever season, has garnered a lot of interest. There are over 40 cars on the grid, which for a debut season, is pretty darned good. And while the Van Amersfoort garage that houses young Schumacher's car, is closely guarded, with a signboard that says 'Team Personnel Only', the kind folk at RS Competition have been more obliging. Like I said before, best to behave, then... 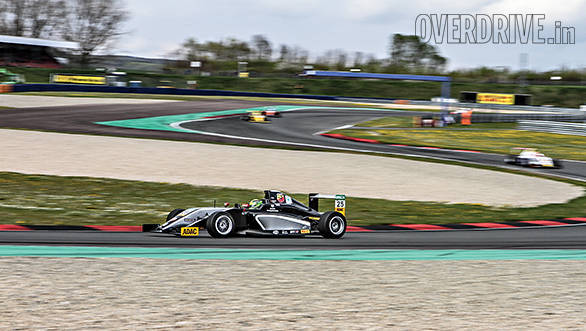 The No 25 car of Mick Schumacher won the final race at Oschersleben, which meant the closely guarded Van Amersfoort Racing team suddenly saw an influx of people

...Especially since the faces in the RSC pits are drawn. Their debut race weekend isn't turning out as planned. Over at Barmosen, Denmark, the karting team is doing decently enough to numb the pain a wee bit. But in Germany, Robert has retired to the team's motorhome to analyse some data. Of the two cars the team is meant to be running over the weekend, the No 44 car of Glenn Rupp isn't going out on track thanks to engine trouble. The No 33 car of Danish driver Jan Jonck is the sole focus for the weekend. Jan's had some technical issues during qualifying, but the few runs that he's managed to do see him qualify P21 for Race 1 and P23 for Race 2, with the grid positions for Race 3 being decided based on the performance in Race 1. It's a race peppered with the appearance of the Safety Car, and while Marvin Dienst wins at the head of the order, Jonck manages to finish 19th. Race 2 is like a rerun, then - the Safety Car spices things up, Dienst wins, and Jonck, once again, is 19th. Back in the garage, he's complaining of understeer. 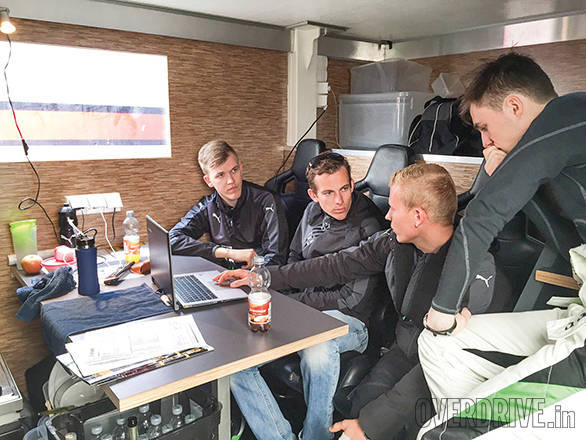 "If you're not attacking aggressively enough, and if you're not on the power going flat-out at certain parts of the racetrack, then you might believe there's understeer even when there isn't," says Benjamin Bailly. Benjamin is the 2009 Formula Euro Series Champion and a Formula 2 race winner, enlisted by Schlünssen to be driver coach and technical support for RS Competition. He explains that when you take the chicane slowly, then you end up steering the car gently too, and that sometimes can lead to the tail stepping out a little, making it seem like the car is understeering. Someone else from the team quips, "It really is textbook racing. Brake. Turn in. Full throttle flat out. Brake. Turn again. No understeer." But given that it is Jonck's first ever Formula 4 weekend, you can't really expect things to be perfectly smooth sailing from the word go. The crowds were out in full force at Oschersleben

On the one hand I feel a little bad for Jonck. He's got the experienced Schlünssen, runner up in the 2003 Formula Renault Masters championship, for a team boss and mentor. And he's got Bailly to help as a driver coach. Which means he's got two experienced old hands trying to show him the ropes, urging him to get up to speed. And when one of them hops in the car and shows you that the chicane really can be taken flat out (which Bailly did during their test sessions) you really can't argue with that. It's a lot for a 16-year old to learn in the span of a weekend. But if he's going to have any chance of cutting it in the, well, cut-throat realm of Formula car racing, he's going to have to shape up quickly. The competition on that 40-strong grid is only going to get tougher. 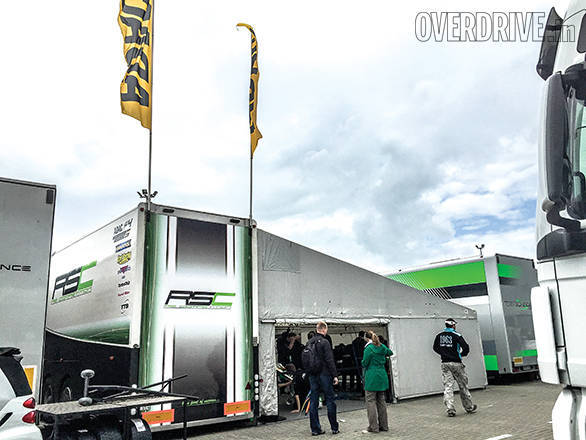 No wonder then that Robert is hunched up over his laptop, watching onboard laps from his driver and analysing the data that they've gathered over the weekend. "I would not blame our drivers if they're not going good," he says to me. "Because it's me teaching them. If they're not going good, then it's 'us' to blame." And Robert Schlünssen takes this teaching seriously. If you're a team owner in Formula 4, you must. Let's look at it like this. Formula 4 is an entry-level Formula car series. It is the sort of series that drivers need to be able to showcase their talent, which is why the FIA-backed F4 championships are seeing drivers from around the world make a beeline for them (Indian driver Tarun Reddy is competing in MSA Formula in the UK). Doing well in one of these championships will ensure that the driver moves up the ladder, progressing from F4 to Formula Renault, Formula 3, GP2 and ultimately F1. But running a Formula 4 team won't really make anyone very much money. Sponsors are hard to come by, and like in the case of RS Competition, when they do come on board, there's usually no money involved.

"Ravenol gives us oil and cleaning supplies, and we have an apparel sponsor, but that doesn't really reduce the cost for the driver." If a driver wants to drive (and this is true of any team up and down the grid) he needs to bring in money. To compete with RSC, you need 160,000, but I'm told the bigger teams cost close to 250,000 per driver. With unlimited testing, the bigger the budget, the better you can get. Which means for a smaller team like RS Competition, there's a lot of hardwork that's needed to beat the big teams with big bucks on their side. 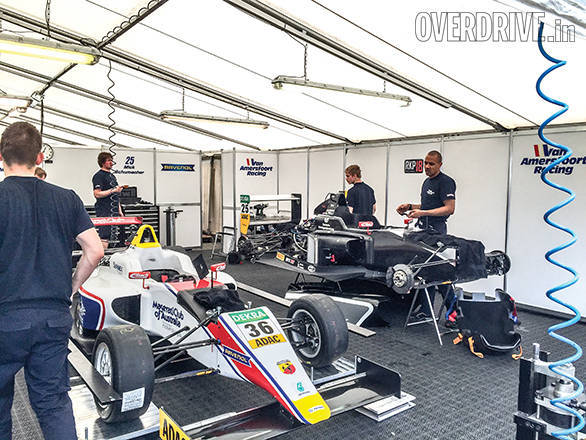 Exactly the sort of challenge that Schlünssen wants. As someone who started out in the world of karting at the ripe old age of 12, he navigated through various motorsport series, making a name for himself as he did so. But by the time he was 28, he got to the point where the karting team that he had started had gotten so big he needed to make a choice. It was either driving for free, or focussing full time on training other drivers, and making sure that the karting team made money too. He chose the latter. But there's clearly more to it. "When I drove myself, with pretty good results, and drove against drivers like Lewis Hamilton and Bruno Spengler, I was on the same level, and beat them in the European championship. But they were able to continue and I was not. And I want everybody who is driving at my place to learn and I want to help them continue in motorsport." It's hard not to believe Schlünssen when he says this. He's got an honest, frank face, which has worry lines beginning to show. Like absolutely everyone in motorsport, he's in it to win it. Which is why having his expectations from the weekend not met is hard for him. "I was expecting a top 10 finish, and we're now top 20, which out of a grid of 40 isn't bad, but" his voice trails off. 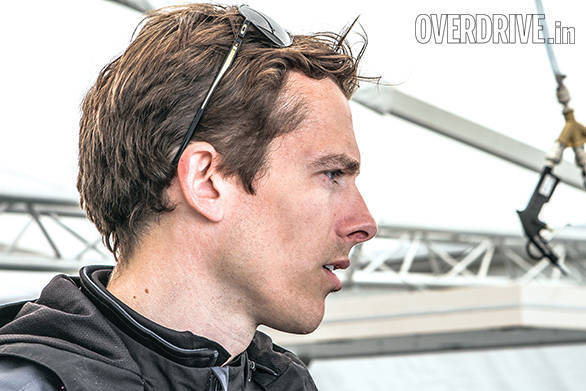 Determined chap, this Robert Schlünssen is, which means better weekends ought to follow for RS Competition

The goals for RS Competition over the course of the season are seemingly simple enough. Even though they've been having trouble with young Jonck's driving style, Schlünssen insists that he has faith in his drivers, because he wouldn't advise the jump to Formula 4 unless they were truly ready for it, no matter how much money they brought to the table. And even though, in his own words "the pressure is huge" he says laughing, there's nowhere to go but up. There's testing to be done, data to be collected and analysed from this race which will then be pumped into the next race, and a new game face to get on for Round 2 and for the rest of the championship too. "I don't know what the final result should be, but my aim is to surprise people. They are not expecting anything from a new team. They said we will not be able to compete on the same level. My expectation is to surprise them and on some tracks, to somehow be able to drive top five, and what the final position in the championship will be is not so important for me. It's just to have these surprising moments," he says. And when he says that last bit, he's snapping his fingers and there's a glint in his eyes that I haven't seen before. 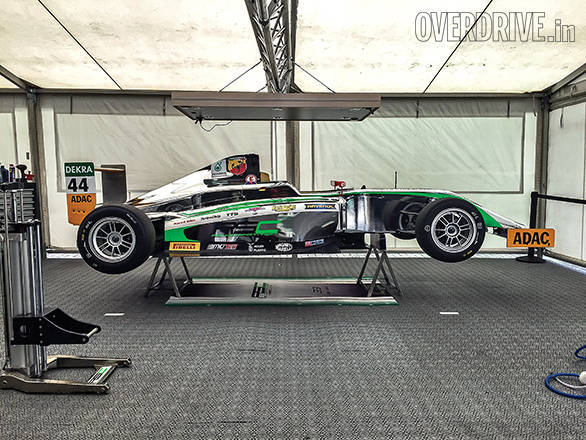 Glenn Rupp's car didn't make it out the garage at Oschersleben - a one off, hopefully

Race 3 is a little better. I'm out on track watching as Jonck makes up a few places and manages to finish 15th. Up ahead, the race ends under the Safety Car, and Mick Schumacher has crossed the chequered flag first. The press erupts, snapping away at a historic podium and also crowding around the Van Amersfoort Racing garage. But the contrast at the other end of the pitlane is stark. RS Competition are quietly packing away their garage, faces set determinedly, minds already on the job ahead. It's time to leave them to it, then. Just when I'm about to leave after thanking Robert for his patience, and for allowing me to poke around the place, I quip that I'll let him get some rest now because he looks rather tired. "No, I'm not tired. I'm - how would you say it - sad."

But that's racing, isn't it? Like life itself. There's jubilation on the one hand and sorrow on the other. And when that sorrow is coupled with the determination of human spirit, ah, that's when truly interesting things follow. 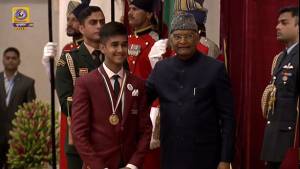