Gearing up for the 2013 Indian Grand Prix- in images 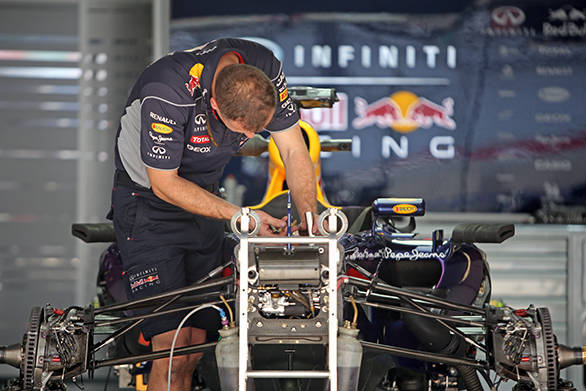 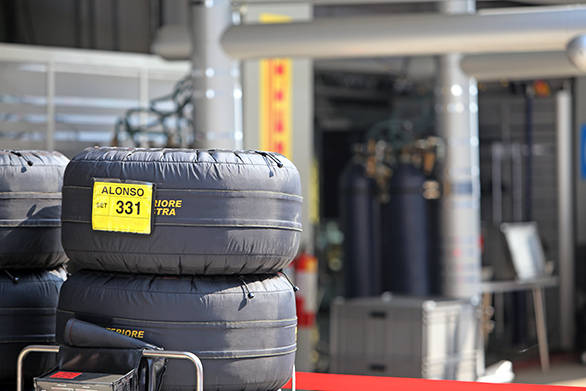 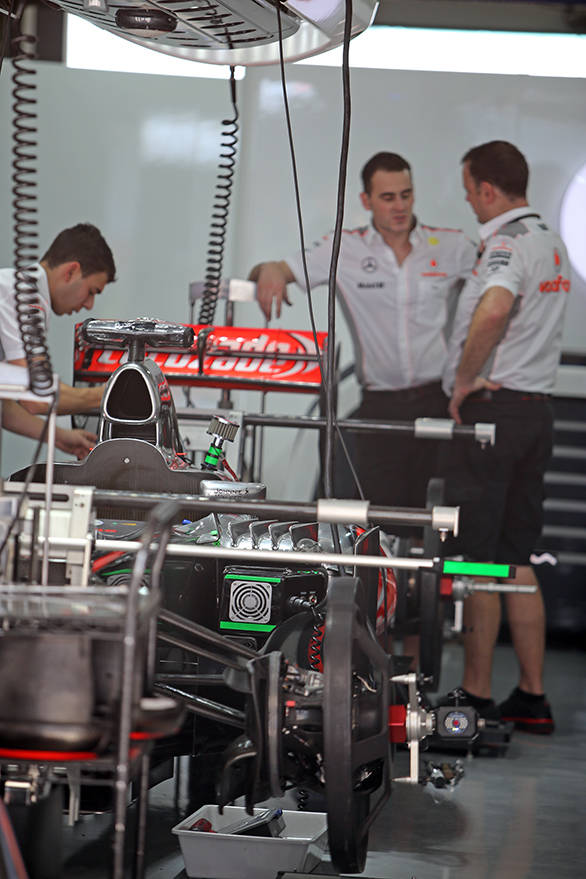 McLaren team personnel assembling the cars for Checo and Jenson 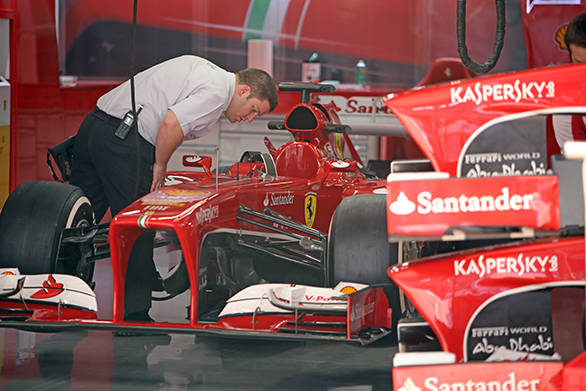 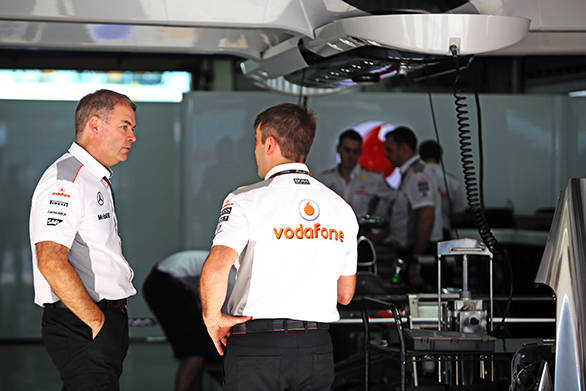 That's a serious discussion going on between these two 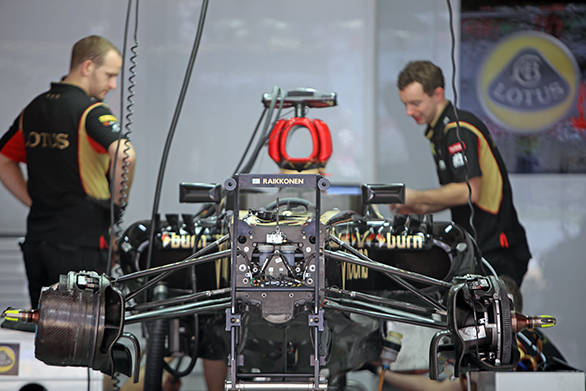 Raikkonen's car minus the nose cone, tyres, wings - lots more to go on before the race! 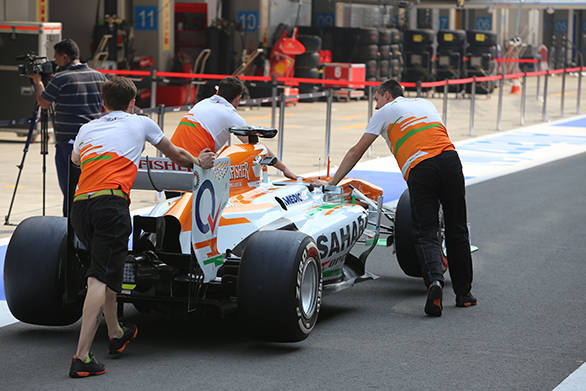 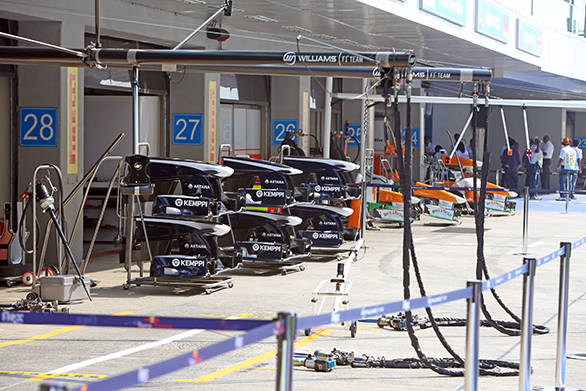 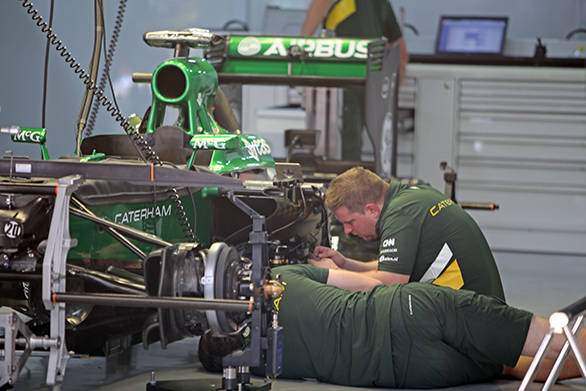 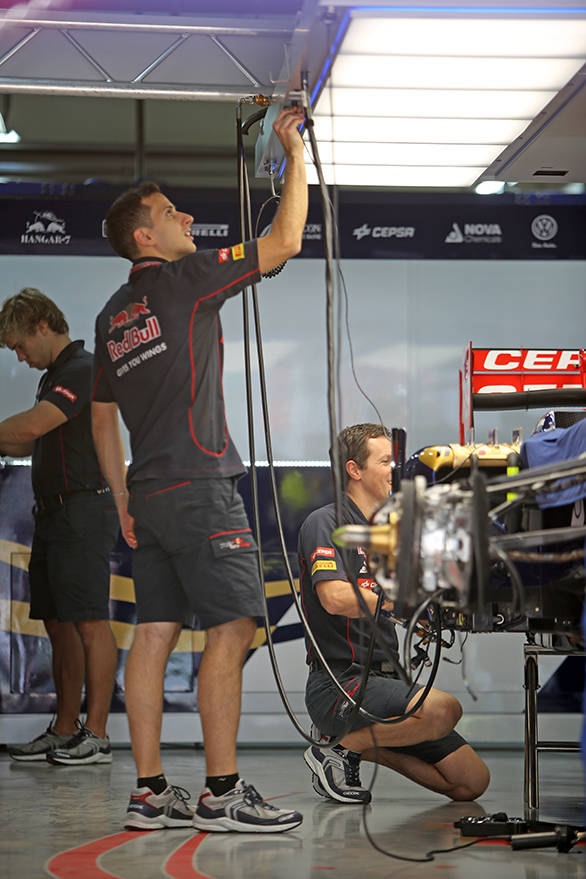 Action in the Toro Rosso pits 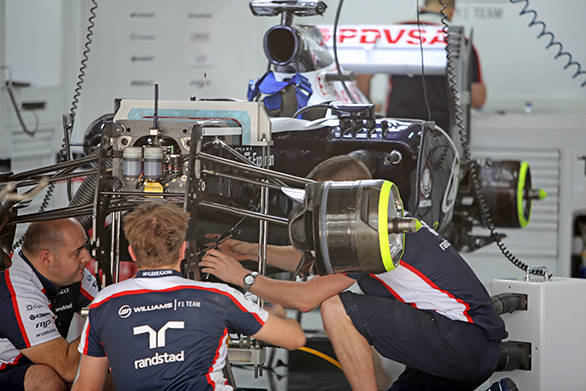 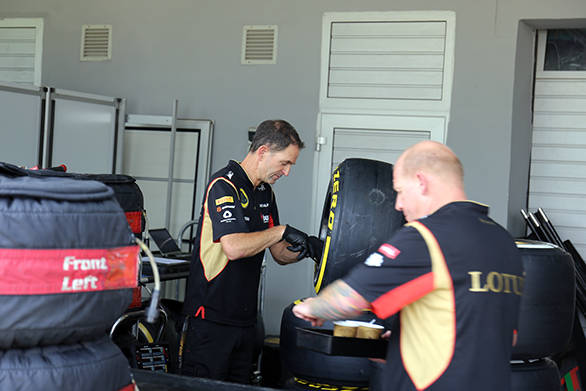 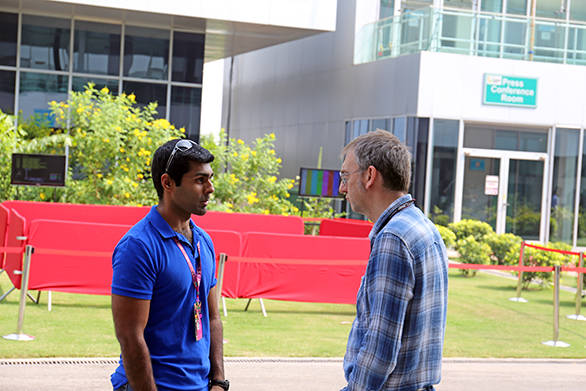 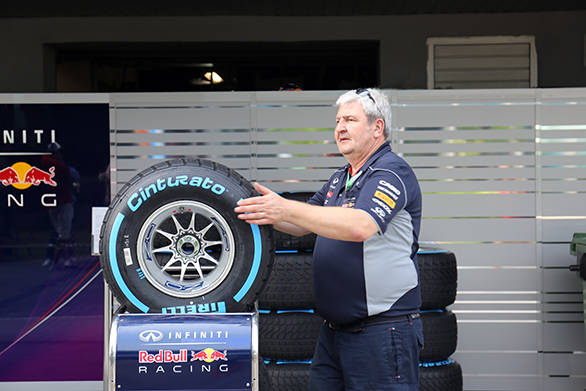 Will the Pirellis make racing at the Indian GP more exciting given the compounds chosen this year? 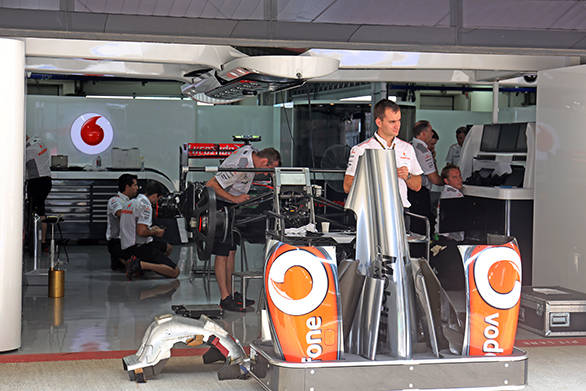 Gorgeously finished bodywork gets ready to go on to the McLaren 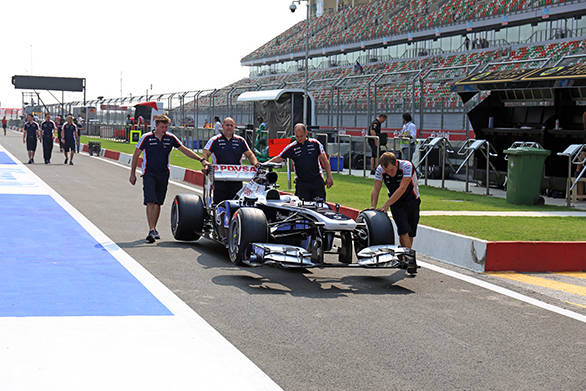 The Williams F1 team gears up rather quickly 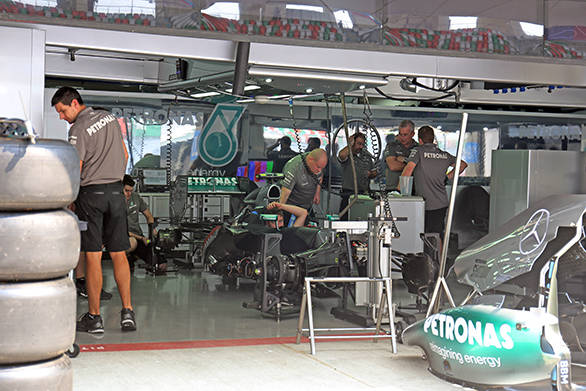 The Mercedes pits bustle with activity 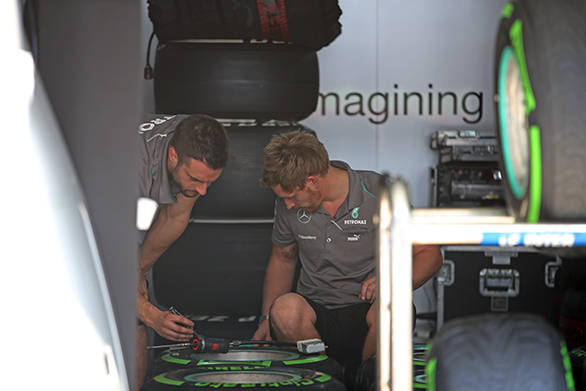 Tyres get a thorough once over before the sessions start tomorrow