Ever get that murderous feeling? The one where you're looking right at someone and all you want to do is run them over in your car? In a few years, your car might prevent you from doing that. Bosch is busy making sure of that. And from what we saw at the International Press briefing in Boxberg recently, we believe them.

Ever since Robert Bosch started selling his magneto ignition system to automobile manufacturers sometime in the early 1900s, Bosch has continuously come up with some of the most pioneering technologies in automotive history. The terms gasoline direct injection and anti-lock braking system (ABS) would not have been as popular as they are today if it weren't for the guys at Bosch. But what next? What does the future hold when the present is saturated with all kinds of safety systems like ABS, ESP, EBD, airbags, adaptive cruise control and pretty much everything that guarantees you and your family will walk out of an accident unhurt?

Taking things to the next level is what Bosch does best and we got to see this in person. Among the various other improvements in technology that is already out in the market were a few that had us especially interested. 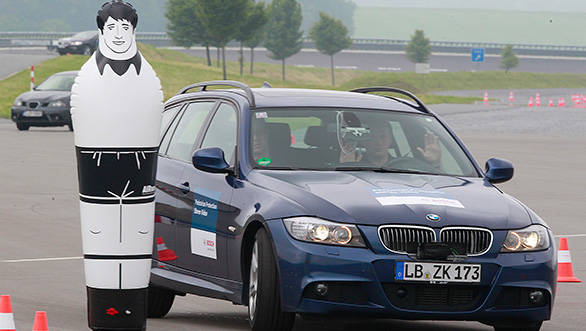 The first one was the radar-assisted collision avoidance system. This system uses ultrasonic sensors to detect other vehicles that are in the path of your car. If the system detects that the obstacle is on the same level as the car and cannot be passed under or over, and if there is no input from the driver to avoid the obstacle, it let's out an audible alert. If there is still no reaction, the car automatically brakes and comes to a stop before the collision. In theory it all sounds hunky dory, but does it really work? After sitting in a car that was traveling at 40kmph towards a balloon car with a rather pleasant German chap at the wheel whose foot was nowhere near the brake pedal, I must say yes. The car flawlessly brakes to a halt the moment the sensor detects things are about to go south.

Then there was the adaptive cruise control with stop and go. We all know about adaptive cruise control, but what this new addition to it does is it lets you follow the car ahead of you at a gap of 2 seconds. Regardless of whether you are at highway cruising speeds or city traffic. Yes, even if you come to a complete halt, the car resumes movement as soon as traffic ahead of you starts to move. And if the halt is more than three seconds the start-stop system kicks in. And to resume motion all you have to do is nudge the accelerator pedal a little bit. Nifty no? Would come real handy in Indian traffic situations. 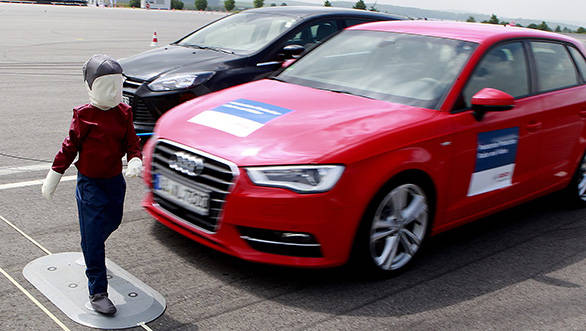 The Pedestrian avoidance system is perhaps the most useful for India.

But what would really work for India is the pedestrian collision avoidance system with stereo video. It uses two video cameras to identify people running across the road and brakes to avoid them. Bosch demonstrated this by using an inflated dummy that darted across the street at 8kmph from behind a parked car. As soon as the dummy became visible, the car braked aggressively to come to a halt before it gets the chance to kill the dummy. Full marks there. 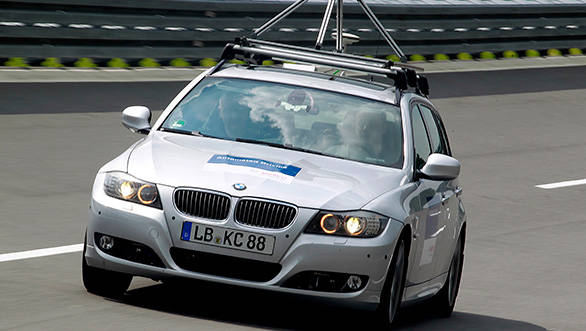 The automated driving system hopefully won't have that tripod on the roof.

The most impressive by far though was the automated driving system. This one helps the car to actual drive itself around town. It might seem straight out of a science fiction movie but it actually works. It uses a mix of all the technologies mentioned above and with the help of ultrasonic sensors, short-range radar, long-range radar and video cameras the car drives itself around he road. Bosch employees have been sighted being driven around by these driverless cars all over the highways in Germany. The engineers swear by it. And after sitting in the car I believe them. The car accelerates brakes, turns, follows other cars, stops at red lights, stops for unruly pedestrians and even follows pedestrians on the road at a safe distance in the manner an actual human would do. It takes a while to start trusting the system, but once you decide to, and get over your fear of death at the hands of a computer, you realise a system like this would be really helpful, especially if the driver is too fatigued to drive. The future has arrived, ladies and gentlemen. 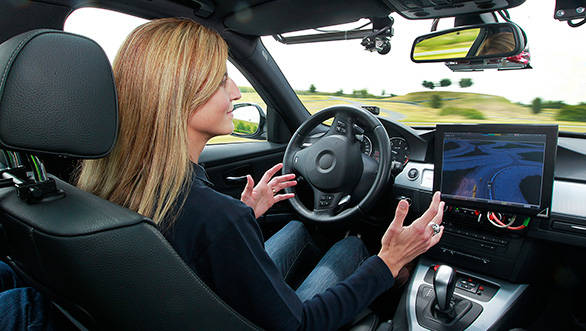 The automated driving system at work

For years Bosch has been leading the way into the future as far as automotive technology is concerned. And from what we saw at Boxberg, that still remains as true as ever. From the most advanced start-stop systems, to brake energy regeneration systems, to even new windshield wiper systems, Bosch seems to have thought of everything. They even have some of the most advanced hybrid powertrain technology on the planet today. But if you're till worried about not being able to run people over, just keep in mind, that if you can't run them over, chances are they can't run you over either. Silver linings...