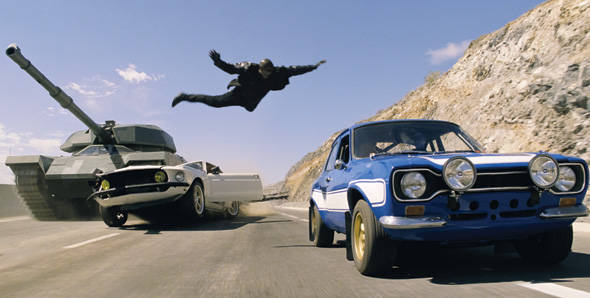 Since the movie opened in 2001, four more celluloid scorchers have come, each bigger than the last. Bigger how, you may ask. And it is a valid question.

To the point where the Fast Five made $626 million, which contrary to all the conventional wisdom in Hollywood is more money by almost a third than the previous instalment made. Almost as if someone forgot to tell the studio that it is supposed to be the reverse. Each successive franchise edition is expected to be more weary and jaded, to make less money until the last one is just a shadow of the debut blockbuster. The Fast and the Furious doesn't just break cars and records, it also breaks the rules.

Every single movie has had more outrageous cars. More visceral action. Bigger climaxes and of course, bigger, ever wilder twists in the tale. For example, how many of you were expecting the amazing tale that Tokyo Drift turned out to be. To most of us at OVERDRIVE, the extremely left of the field movie that introduces Han to the film is amongst the best editions of the Fast and Furious juggernaut.

Maybe we should use past tense because epic adventure number six is about to hit the screens and Justin Lin, the director has already confirmed that the seventh film will be effectively part two for six.

So how do you take a movie this big and make a new edition that is even more epic?

Well first you assemble the usual galaxy of stars. This movie has everyone. Diesel (Dom Toretto) is joined by Paul Walker (Brian O'Connor), Tyrese Gibson (Roman Pearce), Sung Kang (Han). And then you up the stakes. Say hello once again to Dwayne 'The Rock' Johnson (Luke Hobbs). Think we need more? We need more. Lets also have Jason Statham (Ian Shaw). And to ensure it's not a pure all-out testosterone fest, we will also get Ludacris (Tej Parker).

The Fast and the Furious has also boasted from the word go an unbelievable galaxy of ladies who scorch the screen just as much as the cars. You will be glad to know that they are there too. The lovely Gal Gadot (Gisele Harabo) is joined by Elsa Pataky (Elena Neves), Jordana Brewster (Mia Toretto). Bringing the muscle is Gina Carano who plays Riley. Carano is a model and former mixed martial artist. And if you have been pining for the lovely Michelle Rodriguez (Letty Ortiz) she is back too! She is all over the trailers and absolutely kicking ass.

And then there are the cars. First if you see the trailer, you will notice the tank. We believe that is a great addition to the proceedings and are fervently praying that it gets a NOS button too. On to more normal automobiles and you get the creme de la creme of hallowed American muscle - a 1969 Dodge Charger Daytona, 1967 Chevrolet Camaro SS,  1970 Ford Mustang and a 1970 Hemi Barracuda. Just for counterpoint is a 1974 Ford Escort RS2000 Mk I, the rally car and a 1974 Mercedes-Benz Unimog. Then we have the true exotics, like the Lucra LC470 (think Corvette meets carbon fibre via Shelby), a Jensen Interceptor and the Navistar MXT (an armoured truck). And keeping them company is everything from Challengers and Chargers to Defenders, Murcielagos, Skyline GT-Rs, 360 Modenas and a whole host of BMW M5s. And making debut appearances are an Aston Martin DB9, the Alfa Romeo Giulietta and a Renault Magnum lorry. In fact, if it weren't for the tank and the Renault truck, it would almost be like watching a high-testosterone version of the OVERDRIVE show. Yes, we are kidding.

We cannot wait for the movie to arrive and more importantly, we would like to invite you to come watch the movie with us. Yes, really. We are giving away 50 tickets to Fast & Furious 6 if you can just answer a simple question. Head to www.overdrive.in to enter the contest or look for the contest details on our Facebook page (facebook.com/odmag) or on twitter (@odmag).

Come watch the movie. Nothing else matters: not the mortgage, not the store, not the team and all their bullshit. For those 130min, you'll be free. 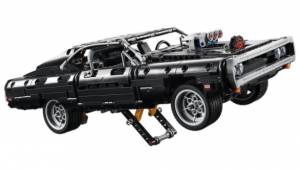 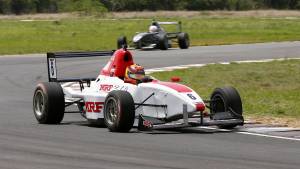 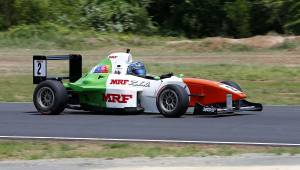