New-gen India is all about rapidisation and growth, wherein almost every city is going through a modern transformation. Apart from being the largest democracy in the world, there are many other factors that make India really special and distinct when compared to other nations. One of them is the rich cultural history which is still very much a part of every city in the country. Instead of ticking one of the regular options for a road trip, we decided to head to the land of Nawabs and tehzeeb, Lucknow - a city that maintains its Mughal influence, and flaunts it in style. 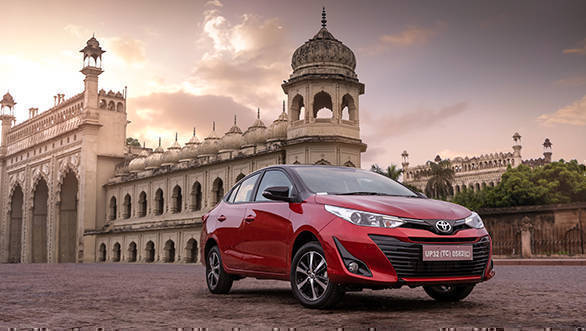 The city is known for its immense contribution in the field of arts, literature, music and poetry. Talat Mahmood, Javed Akhtar, Kaifi Azmi, Mirza Dabeer, Shankar Dayal Sharma and Atal Bihari Vajpayee are some of the most popular names known for their work in the world of cinema, poetry and politics. A special location like this would call for a ride that can echo the ideology of the city. And that is the reason we chose the premium Toyota Yaris for this experience. What made it even more special is that Toyota sent the refreshed Yaris with a dual tone paintjob and an enhanced cabin. 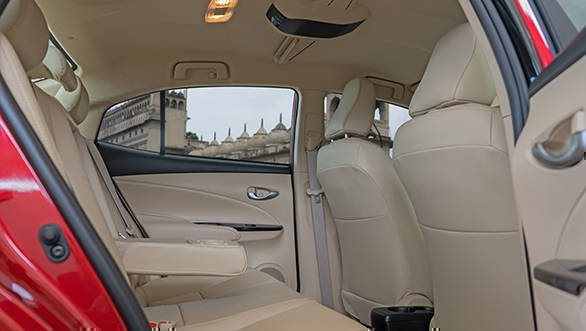 However, on this trip, there was a slight change in plan. Instead of being on the driver's seat and exploring the city, I decided to position myself on the rear seat of the Yaris. Because those are clearly the best seats in the house. Why? The seats are draped nicely in premium quality leatherette, the beige tone seemed to have taken inspiration from the shades of the vintage architecture that you see almost everywhere in Lucknow.

Moreover, I did not wish to have any distraction of manoeuvring through traffic that would distract me from experiencing this beautiful, vintage city.
Once you are done dodging the city traffic, you arrive at a place which hoists a heritage location that is synonymous with the city itself - Rumi Darwaza, which used to be a gateway to old Lucknow used by the kings. This 60 feet tall specimen of the Awadhi architecture was built by Nawab Asaf-ud-dala and is also known as the Turkish Gate. The artistic work done on the walls and the window are reminiscent of the elaborate art seen in the architecture in Istanbul. 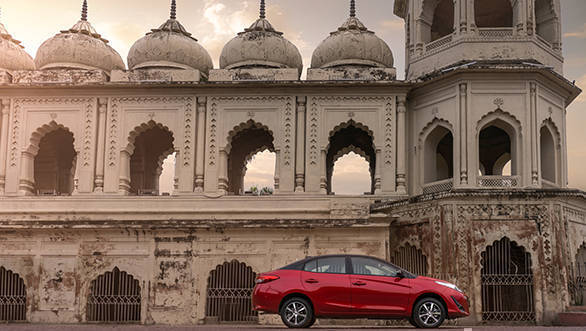 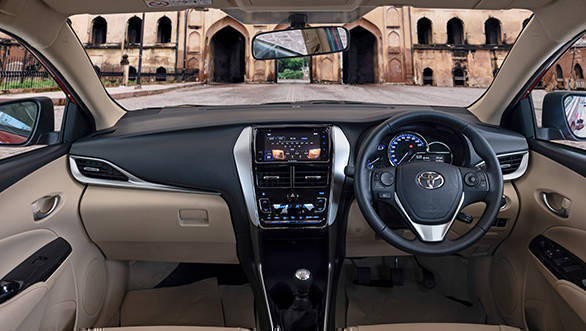 This opulent figure, that is part of Lucknow's daily lifestyle with people and traffic traversing everyday, gets its name from a 13th century Sufi music artist, Jalal ad-Din Muhammad Rumi. And just beside the Rumi Darwaza is the magnificent Asafi Imambara aka Bara Imambara that houses the labyrinth Bhul-Bhulaiya, a step well and also the large Asfi mosque. There are many legends related to this place which include the 1,024 ways to reach the terrace and the secret passages that connect this building to the Gomti river and Faizabad. Further, down the same lane, is Husainabad Clock Tower - a replica of London's Big Ben, that was built in the year 1881 to mark the arrival of Sir George Couper, the first lieutenant governor of the United province of Awadh. It is said that this clock tower, the tallest one in India, was built at a cost of Rs 1.75 lakh. The architecture of the clock takes its inspiration from the Victorian and Gothic era of structural design. 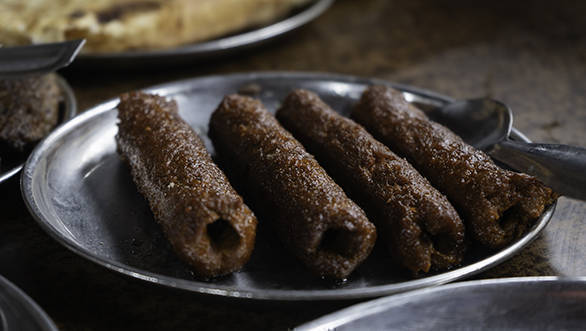 The other most important part of Lucknow, which cannot possibly be ignored, is the Awadhi cuisine that ranges from naans to kebabs to biryanis, something that Lucknow is extremely famous for. Enjoying the view from the back seat with legs stretched out in the spacious cabin of the Yaris and the arm positioned on the central rest, I was taken to old Lucknow to treat my taste buds with some authentic Tunday kebabs, Galawati kebabs, Boti kebabs, Awadhi paratha, Sheermal, Paya ki Nihari, Lucknowi biryani, Kulfi and a lot more. You might have tried these dishes in your city but it is only when you savour the taste in Lucknow that you will understand what you've been missing out on.

Visit any of the bylanes in Lucknow and you will witness a constant fragrance of masalas. I was skeptical of taking the Yaris through these narrow lanes at first but the array of front and rear sensors took care of it. Also, to add, the smooth petrol engine paired with the effortless gearshifts made this trip a lot more enjoyable. 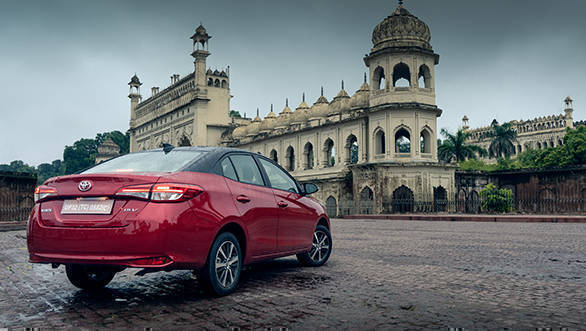 As the journey came to an end and I was relaxing in the rear seat of the Yaris, I was entertained by some good Sufi music from the sedan's infotainment system. What a contrast it is to be in a modern-day ride laden with the latest in technology and comfort, and experience the rich cultural history that has been running from the yesteryears into the present day and age. That is what India is all about! 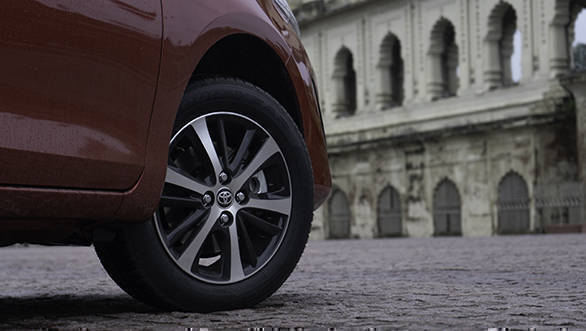