Everything you needed to know about autonomous driving

It now seems as though tech firms, car makers, and governments are hell-bent on trying to get you out of the driver's seat and become, if they could have their way, only slightly involved in the business of driving. And we, given our general affinity towards laziness and instant gratification, seem to be loving this idea. The positives of the autonomous driving technologies that will help us make this shift are quite clear. 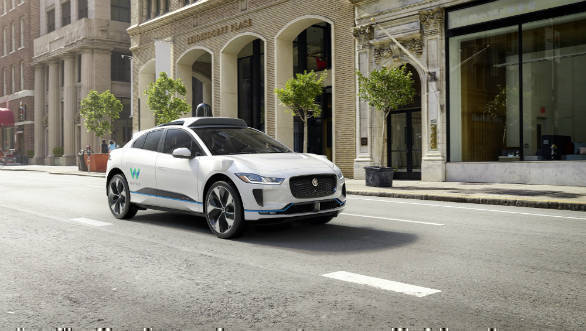 Jaguar for its autonomous ride-hailing service

What is an autonomous car?

In the simplest terms, an autonomous car is one which can perceive its surroundings, determine what will happen next in these surroundings, and take appropriate action. All this with, ideally, no input from the driver.

How will autonomous cars help?

This technology has the potential to improve driver convenience, reduce fatalities, decongest roads and improve traffic flow, and eventually bring down the number of cars on the road through initiatives like ridesharing and subscription-based services. The eventual effect of this will be reduced pollution and an overall reduction in the cost of mobility. The indirect benefits are even more promising with reduced travel times, better public health and lowered congestion. This will lower stress levels and increase productivity across industries. This tech can also be applied to sectors like last-mile delivery, mining and freight operations where the monetary benefits can be vast.

How do autonomous cars really work?

The next obstacle faced by autonomous cars is interpreting what the objects around it are. For this, the car uses strong AI and machine learning software, which is fed data from mapping and also a bank of objects assigned with virtual tags. While programmers can come up with software on how the car reacts to situations-like stopping when it sees a red light-the challenge here is that there is no limit to the number of different situations an autonomous car can encounter. To address this, firms like Uber and Waymo are starting to rely on these machine learning systems to learn behaviour by analyzing the vast amounts of data now available on roads and how humans interact with roads. For example, Waymo (Google's self-driving car project) now uses a system of analyzing thousands of photos of people walking or running across or near roads to learn to identify pedestrians.

But for autonomous cars to actually function in a way that they can provide meaningful benefits to society, the infrastructure and support technology needs to be spot on.

The West has more or less solved this problem with superior traffic management, clear lane markings and road signages, investment and development of technologies either in-house by car makers or by tech companies specializing in this field.

Understandably, the present state of autonomous driving technology can be attributed almost entirely to firms like Google, Uber and Tesla, with the initial research in this field having been done by US military agencies in the early 2000s. Traditional carmakers like Daimler, GM and Volvo followed suit and now are working hard to develop these cars with full autonomy either through in-house research or by acquiring tech start-ups from this field.

Another important factor which is not usually given a lot of attention is legislation and the eagerness of lawmakers to be active participants in the development of this field. Apart from setting up a framework around which what is effectively a new offshoot of the auto industry. These agencies also play the crucial role of regulating a field where there aren't very many other limiters are in place. 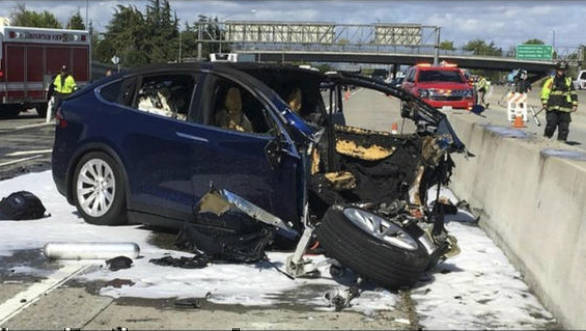 Are there any drawbacks to this tech?

This is more important than it seems at first glance because as far-reaching as the benefits can be, the pitfalls of this technology are also glaringly obvious. The primary bone of contention is that the cost of failure is too large. There have been endless debates about the AI's ability to mimic a human being's survival instinct when faced with a sticky situation; and who bears the responsibility of the actions of the computer trying to mimic this instinct. This is a legal and ethical grey area and very little progress has been made in this regard. There are also not a lot of parallels to these situations that stakeholders can draw from outside the car/tech industry to come up with a foolproof solution to tackle this issue.  The recent death of an individual in Silicon Valley in a Tesla Model X on autopilot is a prime example. This incident also brings to light our tendency of being less forgiving of errors made by machines. This inherent distrust will be a major factor in the growth of this tech. Further, autonomously driven cars have simply not covered enough distance for researchers to predict with any certainty if this technology is all that it is touted to be. And if they will be any help at all in providing a solution to the problems it is expected to remedy. 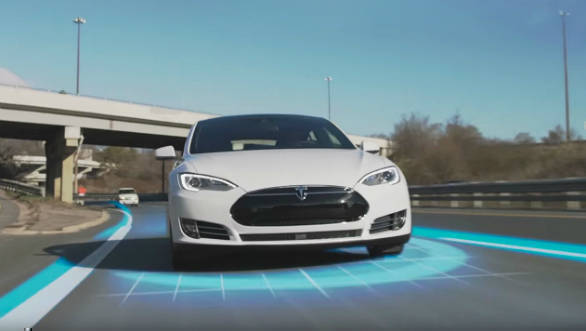 Tesla's Autopilot is a prominent example of Level 2 automation

How can I understand this technology better?

With rapid new developments being made in this field all over, bringing out a formal classification system became important to improve awareness and track advancements. The idea of the present classification system of 'autonomy levels' was first floated by the International Society of Automotive Engineers (SAE) in 2014, in its "Taxonomy and Definitions for Terms Related to On-Road Motor Vehicle Automated Driving Systems" report. It put forth six levels of autonomy that carmakers would have to achieve before a car could be fully self-driven. In 2016, the National Highway Traffic Safety Administration (NHTSA)-the agency that enforces motoring regulations in the USA also decided to scrap its own classification process and adopt the SAE's definition.

The six levels of autonomy outlined by the SAE can be explained as below.

All driving functions are controlled by the driver at all times. The driver controls steering inputs, acceleration, braking and all other decision making needed during driving. This also includes cars equipped with systems like emergency braking.

The car can control anyone function - either steering or speed. The computer is never in control of both these functions and the driver needs to keep providing inputs to keep the car in motion. This includes responding to traffic signals or changing lanes, or keeping a look out for obstructions. Features like adaptive cruise control and assisted self-parking are technologies that fall into this category. This tech is fairly prevalent in India with cars like the VW Passat and Audi A3 being equipped with such capabilities.

A car with this level of autonomy can steer, accelerate and brake when instructed by the driver, in certain conditions. The process will have to be initiated by the driver and they can have their hands off the wheel and provide no acceleration or braking input at the same time. Semi-autonomous cars fall into this category and this has become fairly common in developed markets. In India, the Volvo XC60 crossover and the facelifted S-Class fall under this category of autonomy. Tesla's Autopilot is possibly the most publicized example of this tech. This automation is usually not for an entire duration of a trip and the amount of time the car drives itself can vary depending on factors such as route or other protocols in-built into the car's system,

With this level of technology, the car can monitor the environment and drive itself for the most part. Certain situations will see the car pass control over to the driver. This usually happens when the car's self-driving system encounters a scenario it is not familiar with, or its sensors stop picking up data. This level of automation is the most debated given the open-ended definition. Carmakers are wary of this, especially from a legal standpoint, and are generally trying to skip this level altogether. An example of this is Audi's Traffic Jam Pilot which has debuted in the new A8 in international markets The driver can plan out a route and the car takes over for the entirety of the journey. There is very little driver involvement as long as the car is in an environment that its system has been designed for. The car is fully aware of its surroundings and the driver is a passenger for the most part. They can intervene by will but are effectively a fail-safe for the system. If no human help is at hand when needed, the car will park itself and wait for driver assistance. Ford and Volvo have announced plans of offering a Level 4 car before 2021 in international markets.

There is no human help required. The car can work without supervision in all conditions and can make its own decisions when faced with a situation it hasn't encountered before. There is no need for a steering wheel or pedals or even the driver. The can arrive at a location, pick up passengers and drop them off at their destination/s. Uber and Waymo are conducting trials to eventually achieve this level of automation sometime in the next decade but there seem to be no fixed deadlines. 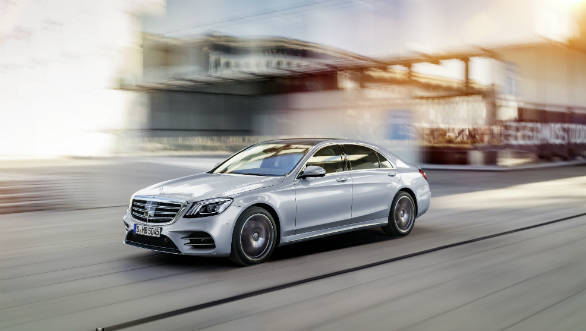 Where do autonomous cars stand in the Indian context?

The state of autonomous driving technology in India, though, is quite different from what it is internationally. The country's large road network lacks proper markings and signages - a critical requirement for this tech to work properly. Traffic management is not ideal and a large part of the driving population is not well versed in road etiquette. A further issue is legislation. There are restrictions on the use of technologies like radar for civilian purposes and clear laws aren't present to monitor the development and use of these cars. Also, this technology, while a lot of work has been done in this regard, is still not cheap enough India. Only a small percentage of the Indian car buying public will have access to this tech only at the highest reaches of the car market. But some progress has been made in this regard, while earlier carmakers steered away completely from offering such tech in Indian-spec cars, the new 2018 S-Class facelift and the 2017 Volvo XC60 offers tech like adaptive cruise control with emergency braking and active steering assist. These level 2 cars have finally started using technology like radar and are a positive first step. 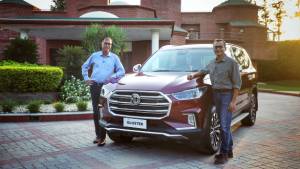 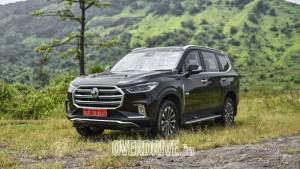 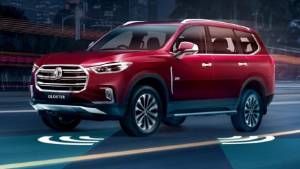