With all the talk about eco-consciousness in cars and the sense of thrift that it's associated with, we've started to think of such cars to be lifeless and commodity-like. Like something that has no business being even vaguely involving. As if it were penance for our previous misdeeds. 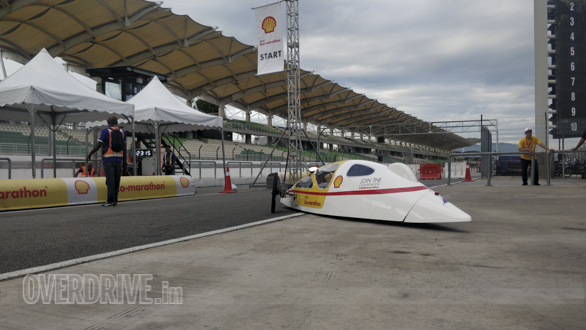 So recently when I got a chance to take a spin in an eco-friendly car, I wasn't expecting to find myself experiencing something extraordinary. Especially when you keep in mind I was driving Shell's showcase car for the Prototype class of its Eco-Marathon competition. One that does 177 km to a litre.

I got a chance to drive this car at the Sepang Circuit in Malaysia, during the Shell Make The Future Live. The main attraction here was the Asia leg of the Shell EcoMarathon, an event the energy giant uses to bring forth the newest and brightest minds in engineering and science. It does it through a college level competition where students build the most fuel-efficient car possible. 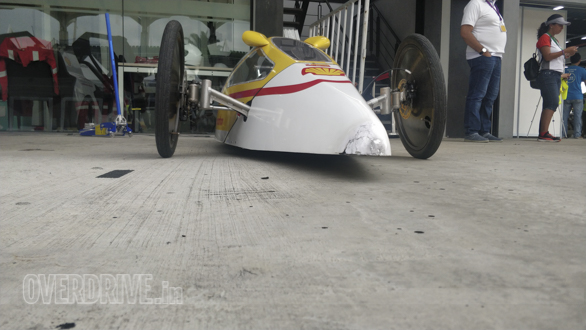 The car I drove is a guide for what Shell wants competitors to achieve here. The Prototype moniker means this has built in accordance with the more focused of the two categories that students compete in. It only has three wheels and is meant to be as efficient as possible, to the exclusion of everything else. The other category, UrbanConcept is for cars closer to what you might want to drive in the real world.

This single-minded focus immediately comes through when you see the car. It barely reaches up to your knees and its simple torpedo shape is meant to help it cut through the air as cleanly as possible. In that, it's very simple and there are none of the flourishes that you would expect in a car such as this. 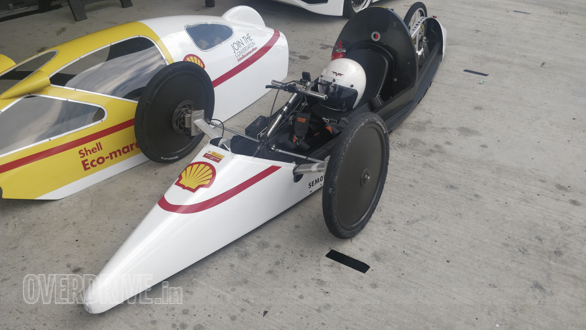 Stepping in is even more dramatic, you lift up the entire upper polymer shell and put your feet on each side of what looks a little more than a panel of carbon fibre. There is a seat in the middle, quad-bike like controls in front and a tiny engine right behind your head which powers the single rear wheel. You drop in and keep moving right up until your feet reach the nose cone, you're about an inch off the ground and flat enough so that the handlebar is at eye level.

A four-point harness straps you in and the quite helpful instructor, Ian, takes me through the basics. I look at him with some surprise when he says to only drive within my skills but at the same time tells me to carry enough momentum to go up the slight slope at Sepang's Turn 3. He shows me the starter motor and some encouragement later, the lid is shut over me. 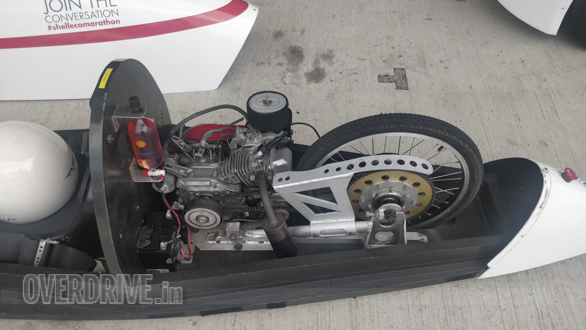 As soon as this happens, things are more serious. You realise that this thing, even with its 163cc 1-cyl 4-stroke Honda lawn-mower engine making an almost inconsequential looking 4.8PS @ 3600rpm, 10.3 Nm @ 2500rpm is still a purposeful bit of kit. It's very hot inside, but not much more than what it feels like out in the tropical Malaysian. The extra layer of protective clothing not helping. More intimidating is the industrial racket from the motor right behind. Not helping is that your vision is restricted to just the 60-degree field of you of what right in front. You have no idea what's behind or right beside you. 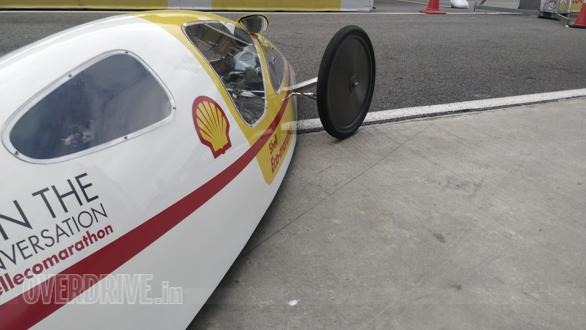 I set off and it's a revelation. You feel every single one of the engine's explosions through the back of your head, the quite lumpy power delivery aside. The steering becomes more malleable as it starts moving and the directness is a glaring reminder to how much steering feel we have lost in cars over time. A tug at the handlebar makes the car change direction with crispness. There's no suspension so the whole process is unfiltered. You don't really understand this on Sepang's smooth tarmac, right up until a skirmish up to the kerbs makes me feel like I've broken something. 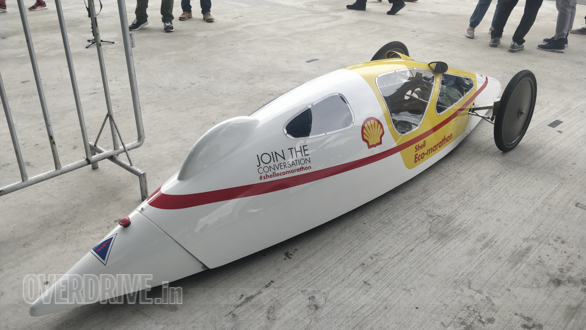 But here's the really astonishing bit. Through all of these thrills, the quickest I went was 41 kmph. It felt like physics had slowed down by a few factors, the engine felt relaxed between 20 to 30 kmph but anything above that felt like you were pushing boundaries. Through the canopy, I could see exactly where the front wheels were, which would then give me the confidence to make them do exactly what I wanted them to do next. But it never once felt slow, even with the entire expanse of the track in front. Many times I would back off instinctively, thinking I was going to quickly.

So driving back into the pits and after I'd been rolled into the parking spot. I wasn't really itching to get out of the car. The steamy ambience inside and petrol fumes I had been breathing for the last 10 minutes notwithstanding. I was genuinely excited. 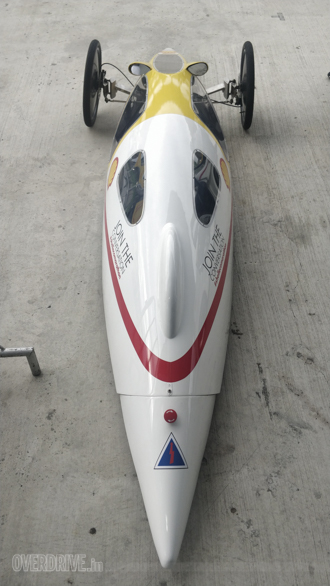 The single biggest reason behind how the Shell Prototype manages to provide for such experiences is its weight, its only 70 kgs. It does its job as a showcase of Shell's focus towards responsible use of its products well but the bigger picture is glaringly obvious. Most things you don't like about cars nowadays can be solved by cutting weight. Want something agile and sensory, lose weight. Want something frugal and cost-effective, cut weight. It's one thing that missing in cars right now, where even a small hatchback can weigh more than a ton. And its the one thing we desperately need now, aside from all the advances that we are making in technology already.

Shell Make the Future Festival Malaysia 2019 to be held at Sepang between April 28 ? May 1