When you step into a place like the Sepang Circuit in Malaysia, you are primed to be hit with a barrage of sensations, dominated by the noise of manic race engines and the smell of half-burnt fuel and rubber. But when I visited a few weeks ago, the setting was quite unlike this. But it wasn't because there weren't too many high-tech machines around. In fact, it was quite the opposite. The Shell Eco-marathon, the headline event at the Make The Future Live event was full of innovation and tech, all focused on making a car run as economically as possible. The vibe was one of fun and learning but dialled way up to the levels demanded of something this focused. Everyone around me seemed focused to do the best they could, be it the students racing to get their cars ready or the Shell officials putting the event together and making sure all the entrants we're within the rules set out.

Between April 29 and May 2, 108 teams from 17 Asian countries participated in five races each. Indonesia had the largest contingent with 26 teams while India was represented by 6. These teams came from engineering and science institutions. Teams could choose to compete in two categories, Prototype and Urban Concept. Prototypes are highly focused three-wheeled machines designed to run the longest distance possible in the least amount of fuel. The Urban Concepts are more like what you expect to drive normally and come with four-wheels, upright seats and basic amenities. Each category was further divided into subcategories depending on the fuel used. The options were petrol, diesel, ethanol, electric and hydrogen. This year, 53 teams fielded UrbanConcepts and 55 ran Prototypes. Additionally, a few teams were also part of the fledgeling Shell Eco-marathon UrbanConcept Autonomous Category which the organisers hope will grow to be as popular as the other disciplines.

Shell's goal with this event is quite straightforward and in our times, pertinent. It simply wants to bring more focus on where mobility is headed in the future. It wants to do this by inspiring young minds best equipped to do this.

And it seems to be a good idea. Teams arrange for their own finances and own rights to all the tech and innovations they develop. And there is quite a few of that going around. The start-stop system and low friction bearings we see in cars nowadays were devised here. 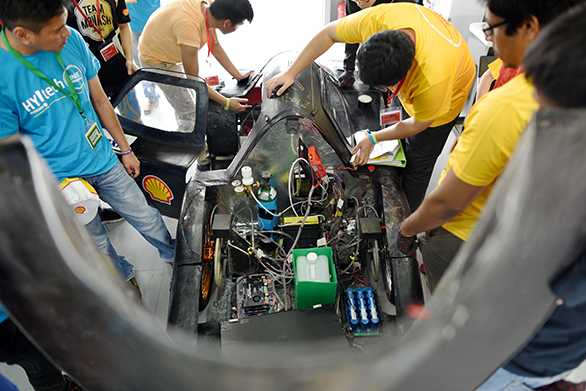 When we asked Norman Koch, General Manager, Make the Future Live, how this competition has changed lives tangible, he said, "The scientists and engineers that come out of this program have the experience to face challenges that include good teamwork, restricted timeframes and resources. They go into the industry with all this knowledge going into their own entrepreneurial ventures, and are able to apply these previous experiences."

And the students are up for the challenge. During the quite stringent 200 step inspection process before the races, the atmosphere was tense and filled with anticipation. Much like what everyone reading this has felt in school or college right before they step in to give a big exam. But with none of the sense of drudgery, that scene almost definitely brings back. Speaking to the students before they went out on the track, they all were eager to talk of the efforts that they had put in, about all the new things they had done and also how they made it happen. 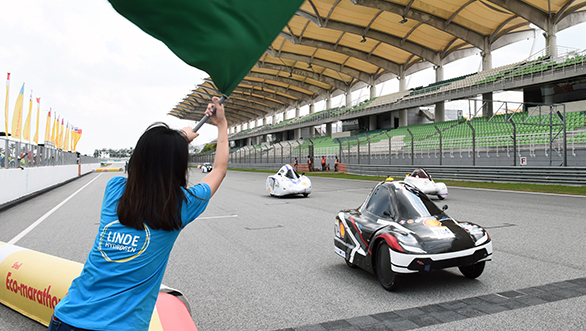 As far as the teams from India were concerned, funding had been an issue for most of them. But that was no downer, four of the six fielded BEV prototype, as is the flavour of the season. The team from IIT-Benaras Hindu University, Team Averera, was most successful. They finished second in their category. In the headline event, the Shell Eco-marathon Drivers' World Championship Qualifier, Nanyang E Drive from Nanyang Technological University in Singapore beat other top UrbanConcept cars in a head-to-head race for a spot in the London finals in July. Following them were ITS Team 5 from Institut Teknologi Sepuluh Nopember in Indonesia and team LH  EST from Lac Hong University in Vietnam in second and third.

A quote from Koch about whether this event is a level playing field seems to sum up the Shell EcoMarathon the best. He said, " The heartening thing for me is that money isn't everything. I see many teams where ideas and creativity really trump money. Competing with teams with really, really big budgets may not be possible, but that is not the spirit and idea of the Eco-marathon". 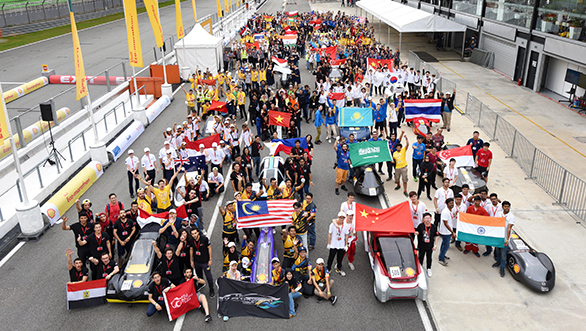 In the time we spent there, we found that grit and skill are highlighted here and then rewarded. As a metaphor for how life works, I think the Shell EcoMarathon is a success. Its messaging of a cleaner world in which to spend this life just adds more weight to the occasion. 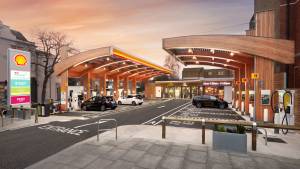