Details of the upcoming AM-RB 001 hypercar

The AM-RB 001 hypercar is an example of the term- motorsports technology trickling down to road legal cars. A jointly developed project by British supercar maker Aston Martin and Formula 1 team Red Bull Racing, the AM-RB 001 is the first prototype of the collaboration.
While it may appear straight out of a sci-fi movie, the car you see on this page is pretty close to what the final production variant would look like. 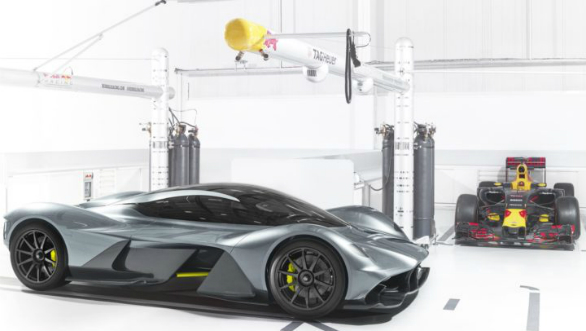 The design is pretty interesting and if you notice, it has no protruding wings, or winglets to generate downforce. Red Bull's Chief Technical Officer, Adrian Newey is the man responsible for the aerodynamics of this car. Now, he needs no introduction. He's been credited for the F1 world titles that Red Bull has secured, as his cars were one of the most aerodynamically efficient on the grid. And his expertise shows in the AM-RB 001 too. He's worked his magic on the underside of the car, which develops the necessary aerodynamic grip.

This has also given free reign to Aston Martin design chief Marek Reichman. Aston Martin says that the car will boast of unprecedented levels of downforce in a road legal car. It looks radical, if we are to sum up the design in one word. 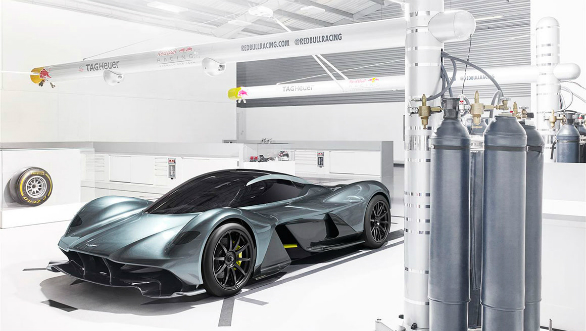 The car will be powered by a mid-mounted, high-revving, naturally aspirated V12 engine (hurray!) that will be mated to a transmission designed and developed by Adrian Newey. Complete specifications of the engine will be revealed at a later stage. The car is formed entirely of carbon fibre and Aston Martin is aiming to create a power to weight ratio of 1:1 (like the Koenigegg One:1)

Aston Martin is also seeking to make the AM-RB 001 ride as a comfortable everyday car as and transform into track demon when the occasion calls for it. For this, it is developing a new suspension system " employing principles honed by Newey over his thirty year career" it says. 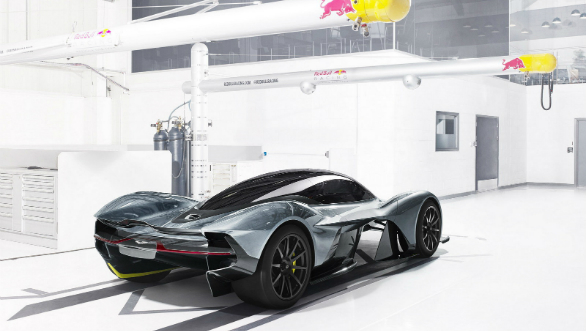 Besides building the road car, Aston Martin will also build a track-only AM-RB 001. It says that the performance of this car will be in the same league of today's LMP1 Le Mans prototypes.

The AM-RB001 will be built by David King, vice-president and Chief Special Operations Officer, and his team at Aston Martin's facility in Gaydon, that was built to develop and assemble the Aston Martin One-77 hypercar.

Aston Martin has not revealed the final production numbers yet, it range somewhere between 99 and 150 cars which include the prototypes and the 25 track-only variants. Deliveries will begin in 2018. Expect to shell out a fortune if you plan on buying one. 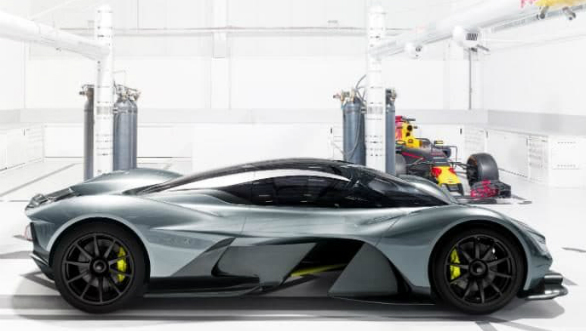 Aston Martin revealed the car a few months ago at its factory in a manner befitting the specialness of the AM-RB  001. Red Bull F1 team driver Daniel Ricciardo drove the RB8 Formula 1 car around the factory's premises before turning into a building where the AM-RB 001 was ready to be unveiled.

Watch the video of the unveil below.