Land Rovers have always topped the desirability list for people obsessed with luxury SUVs or off-roaders, or both. But recently we met a Land Rover worshipper who refuses to look at the new Land Rovers. He claims that the electronics governing these SUVs rob the driver of the skill and involvement that you come to associate with capable off-roaders like Land Rovers. Well, he should know better  because he owns not one or two, but over twenty Land Rovers! 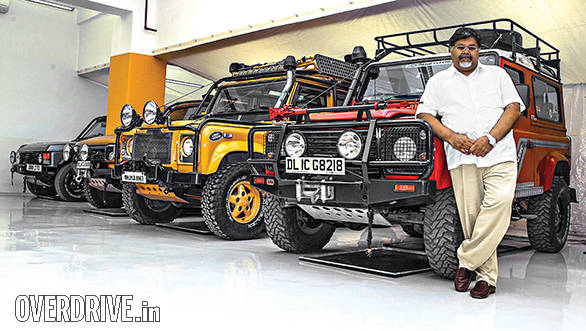 We are speaking about Viveck Goenka, chairman and MD of The Indian Express Limited. His stint with the green oval started back in the late eighties when he was loaned a Land Rover during one of the fabled Mumbai monsoons. Its capabilities had smitten him so much that he wanted a Land Rover of his own. His search bore fruit in 1990 when he found a Land Rover and a Range Rover, albeit in a rather dismal state, at the Delhi State Trading Corporation. He procured them nevertheless and restored them to an extent that they looked, felt and drove as they were meant to be. 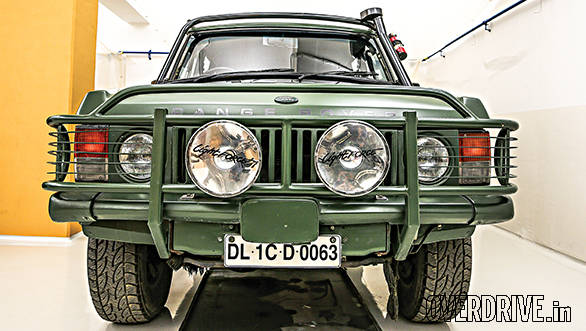 After having spent endless weekends searching for spare parts and restoring them, Goenka's love affair with Land Rover truly began  giving birth to an insatiable hunger of owning these classic SUVs. His collection not only includes vehicles like the Series I and the original Defender, but also has examples like a 6x6 Land Rover and custom off-roaders for illustrious championships like the Camel Trophy. 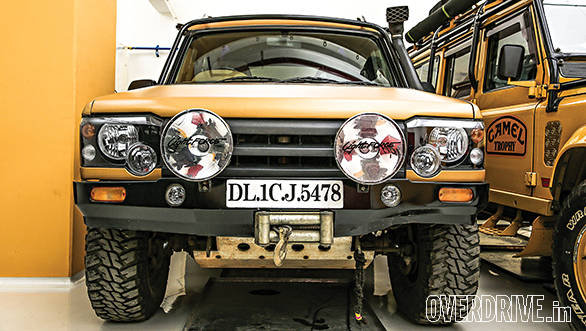 While most other collectors store away their classics in museums, these Land Rovers participate and shine in off-road challenges, safaris, rallies and auto-shows as well. Apart from state-of-the-art storage facilities, Goenka has also set up body, upholstery, paint and fabrication shops required to keep his vehicles pristine.

You feel his vehicles are alive, unlike the metal statues that are seen in museums. If automobiles could write autobiographies, Goenka's collection would have some best-selling stories to pen down!