It has been four months since I traded in Fiona, my Ninja 650, for a Triumph Daytona. But today a bit of nostalgia washed over me as the same parking spot was occupied by another 650cc Kwacker - this time a Versys 650. No, I don't own it, but I had a chance to spend a few hours with it this morning. And I can't help but compare it to Fiona because they are similar in so many ways and yet so different. Of course, mine was a 2011 N650 and the current model is a tad better in terms of handling and refinement, but they are essentially cut from the same cloth and so is the Versys. So here's a quick lowdown on how the expected comparisons were drawn in my head and how the Versys validated them. 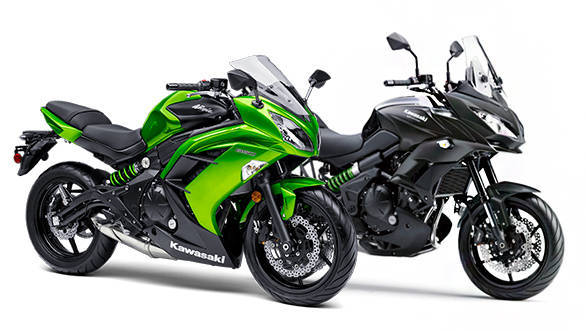 Things the Versys 650 does better 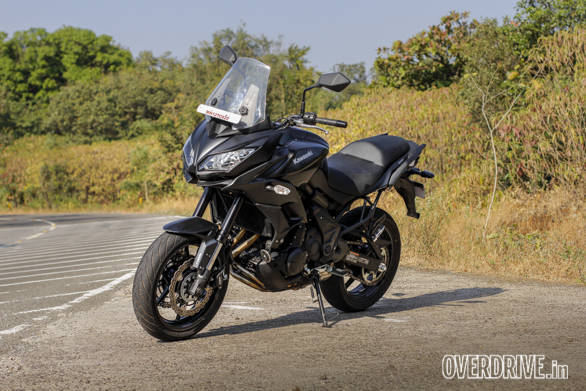 The seat: That's the first thing I noticed. It's bigger and more comfortable. Even after a couple of hours in the saddle, it did not feel overtly soft or tough. The Ninja's seat is narrower and a tad harder. The Versys gets the thumbs up then.

Braking: Ask Ninja 650 owners who have ridden their bikes enough and most of them will complain about the braking. It has a wooden feel to it and the brakes are quite grabby so locking them up in tricky situations is quite frequent. The Versys 650 has a similar character to it, but the precautionary anti-lock brakes offer respite as you are assured the front end is not going to wash out under intense braking, should the situation call for it. Happened to me once, when a dog streaked across the road, oblivious to the large black thing coming towards it.

Suspension: The suspension has to be the highlight of the Versys. The separate function forks upfront let you easily setup the preload and damping as per the terrain you are riding on and that makes the Versys significantly more comfortable than Ninja. The longer travel also means that it is better equipped for our road conditions. The rear is adjustable too and the upside to it is the ease of adjustment - with a simple knob that can be accessed by hand and without the need to take off your gloves. No tools required whatsoever. On many a long distance group ride, a pillion rider from a supersport has wanted to switch to the Ninja's comfier saddle. That would put additional weight and in turn, make the ride bouncier. Readjusting the preload at the rear wasn't as easy as it required the designated clamp, which never shipped with my bike. The suspension on the Versys is also better suited for the additional weight of a pillion plus luggage.

Windscreen: They call me The Fat Biker and fat bikers don't like crouching. Certainly not when they are touring. But the Ninja needed me to crouch a bit to avoid wind buffeting. That problem doesn't exist with the Versys. The adjustable windscreen helps setup the right airflow to avoid the buffeting. But I still needed the earplugs. The Arai Quantum J is quite a noisy helmet!

Engine: Essentially the same motor as the new Ninja 650, but different in the way it delivers torque. I love the midrange of that parallel twin and on the Versys, it is a riot. So much that it makes the Ninja seem pitiful. The Versys is a hooligan. Coming out of a turn in third gear and whacking the throttle open left the front wheel floating even with my weight! As I jot down these points, I can't think of any other motorcycle in this price range that has a motor this wild.

Accessory list: One of the first things I noticed when playing with the instrumentation was the provision in the shroud around it for two 12V sockets. So hooking up a GPS and simultaneously charging your camera is possible. The Versys also has a beefier alternator to support those charging points. Great for GoPro junkies like me! The other tempting bits on the accessories list are the fog lamps and the luggage cases. Neither will be cheap, but the kitted Ninja 650s around tell me that there are plenty of takers for these kind of things and a factory fit option generally works better than aftermarket add-ons that usually leave you with hanging cables, shoddy welds and drilled body panels.

Things the Ninja 650 does better 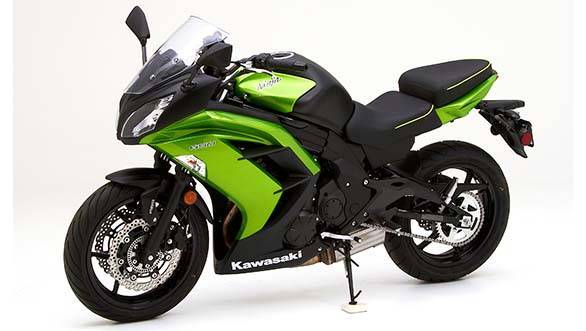 Cornering stability: Of the two, the Ninja 650 is clearly the sportier bike and if your touring escapades are more of the sportier, short-distance kind than adventure touring, you should look at the Ninja. It feels sharper through the corners and requires relatively less effort to change directions. Not to mention that it also feels less intimidating with more compact bodywork. The handlebars also aren't as wide as the Versys and that makes for a sportier riding style.

Seat height: Adding to what I said above, the seat and the tank are narrower on the Ninja, making it easier to grip the tank. The seat height is almost 40mm lower which can make a lot of difference if you are a short rider. Although I did not have problems at 5'8'', I'm sure I would have to be more careful if I had to come to a complete halt on an undulated surface.

Beefier exhaust note: Kawasaki tells me that the Versys is tuned for better midrange than top end, so I'm not sure if it will touch the 200kmph mark like the Ninja does with a lot of effort. But I don't care about top speed on a tourer either. What I can tell you is that the engine sounds a lot angrier on the Ninja than the Versys and I like that. I believe that is also why that dog didn't hear me coming. And speaking of exhaust notes, I think my Fiona sounded the best out of all these 650 Kwackers.

Yes I would. It is about Rs 1.3 lakh more expensive than a Ninja 650, which makes it about Rs 7.4 lakh on-road in Mumbai. That price tag disappointed quite a few prospective buyers I know of. A sub-Rs 7-lakh price point would have been just about right for a 650cc entry tourer. But for those confused between the Ninja 650 and the Versys 650, here's my take. The anti-lock brakes, the adjustable suspension, the touring egros, the adjustable windshield and provision of plenty of touring accessories makes the Rs 1.3 lakh premium worth a lot more than the sum of its parts. Plus the points I listed above, put more weight in the favour of the Versys. So if you have been particularly looking for a touring bike or an all-rounder in this segment, the Versys 650 it is. It still doesn't look as good as my Fiona though. I guess I miss her already.