The year was 2008. The setting, the muddy stages of Johor Bahru. Fresh from his first ever Asia Pacific Rally Championship win at the previous round at Indonesia, it was an optimistic Gaurav Gill, co-driven for that rally by the highly experienced Jagdev Singh, who took to the stages. As things turned out, though, Gill wouldn't make it to the end of the rally, with a crash putting him out of contention on the particularly tricky Malaysian stages. But even back then, in only his first full season of international rallying, Gaurav Gill had impressed. Jagdev Singh, talking to the media at the event, had declared that Gill was "the real deal" and would go far. Five years later Gill has proved him right, winning the 2013 Asia Pacific Rally Championship, becoming the first Indian to do so. It's been a long, if somewhat arduous, journey for the Indian rally driver. But one that's certainly been worth every hitch along the way. 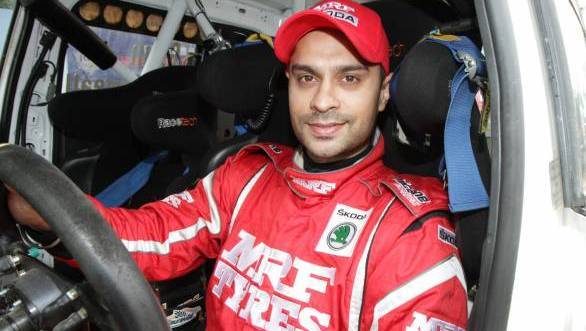 "It's a great feeling," Gill tells us about what is certainly a historic win. Not just for him, but for Indian motorsport on the whole. Going into Rally China, Gill was champion elect, needing to merely start the rally in order to claim the title. The only man who could have thrown a spanner in his APRC title works was New Zealander Michael Young. However, while Young's Japanese Cusco team had entered themselves into the rally, they weren't able to travel to the event itself. Of course, this might make it seem like finishing second in China and collecting the championship along the way was routine stuff for Gill. Not so. "It was actually as hard or harder," he declares, what with the many mountain roads, torrential rain and wet concrete to deal with. But the pressure wasn't merely in terms of challenging rally stages that he had to tackle in his Team MRF Skoda Super 2000. There was, after all, also the small matter of repaying team loyalty. As he says "At the end of the year, when you think you've got everything sorted, you realise you actually have to give back to the team because they have helped you all through the year to win the championship." Gill and team-mate Esapekka Lappi had clear orders to finish the rally in order to ensure the team clinched the manufacturer's title. And the pair of them finished the rally - Lappi winning the event and Gill and co-driver Glenn MacNeall finishing second - handing the team their trophy too. 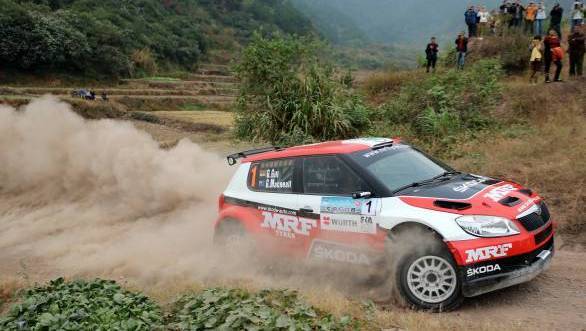 The path to the title, however, hasn't been easy for Gill

And it's probably the stiff rivalry with a very competitive team-mate that is part of the reason Gill has been able to push himself further, enabling him to come out with speed he didn't have last year. Speed that's ensured him of the APRC title. That, and the fact that with support from Skoda the team was able to get the car to work better on the whole for the 2013 season.

But the years from 2007, when Gill made his APRC debut, to 2013 have been chequered with crashes, DNFs, mechanical failures and more results he'd care to forget about than remember. Along the way, comparisons have also been made, unfair though they might have been. By virtue of (or misfortune depending on how you look at it) having the same initials as Gigi Galli, there were those who tried to draw parallels between the two. Well, in 2008 Galli had one crash too many, putting an end to his international rallying career. Gill's broken out of that mold and proved naysayers wrong. 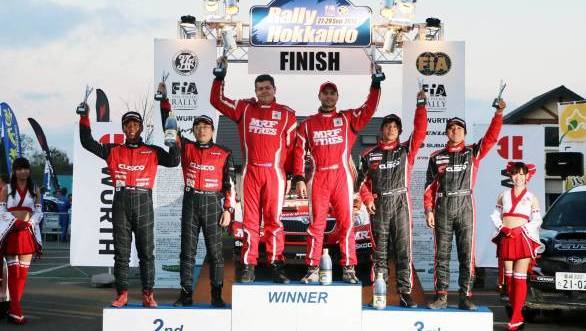 "Rallying is a process which takes weeks, months, years to understand the sport, the surface. Experience makes you go fast in rallying, whereas in racing it's more practice around the racetrack that makes you go faster. With more miles under your belt you become more mature, understand the terrain more and that's how you setup your car and that's how you win rallies," Gill declares. With the APRC title under his belt now, there's no longer any question of his understanding of the sport. "Gill's win is terrific for not only him, but for Indian rallying on the whole," says former Production World Rally Champion Karamjit Singh. There's no question about it. 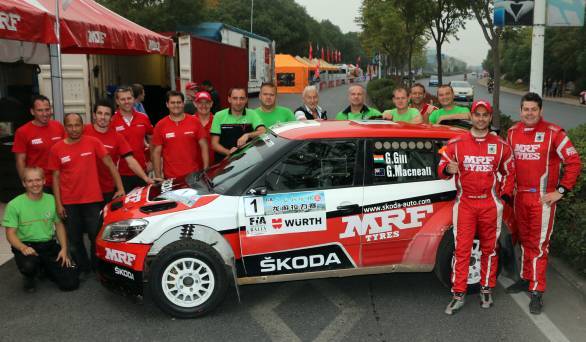 What of the 2014 season, then? "The first plan is obviously to head out there and defend my title as any driver would want to. And for sure to head to Europe and try and contest in the WRC rallies." Gill's past rallying experience in Europe includes the PWRC that he competed in back in 2009, with two point-scoring finishes. The move to WRC will be the big yump. "Next year is something I'm really looking forward to so that we can further prove that we have the speed needed," Gill declares. Adding "To drive among some of the finest and more established drivers, which I have already, and to match their speed and beat them is the challenge. It makes sense to go to the next step." There's no arguing with that.