Just type in 'car graveyards' and run a Google search. You will be amazed by the number of cars left to rust in peace. In fact, there are so many car graveyards that photographing them and finding exhibitions, books, etc on this subject has become a big thing. German photographer, Dieter Klein, has travelled across the world and photographed classic cars left to rot in scrap yards, junk yards, forests, homes, barns, farms, open fields and what have you. He recently launched the second volume of his book Forest Punk ('punk' is German for creature), which features everything from Citroens covered in moss to a decaying Jaguar XK 120. He started his impressive series back in 2009 by accident, while walking through a woodland in France where he saw an abandoned truck. He clicked a picture and was very fascinated by it and thus began his journey of shooting cars that had been left to die. 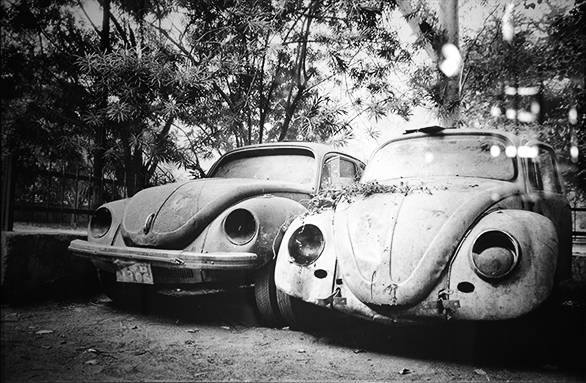 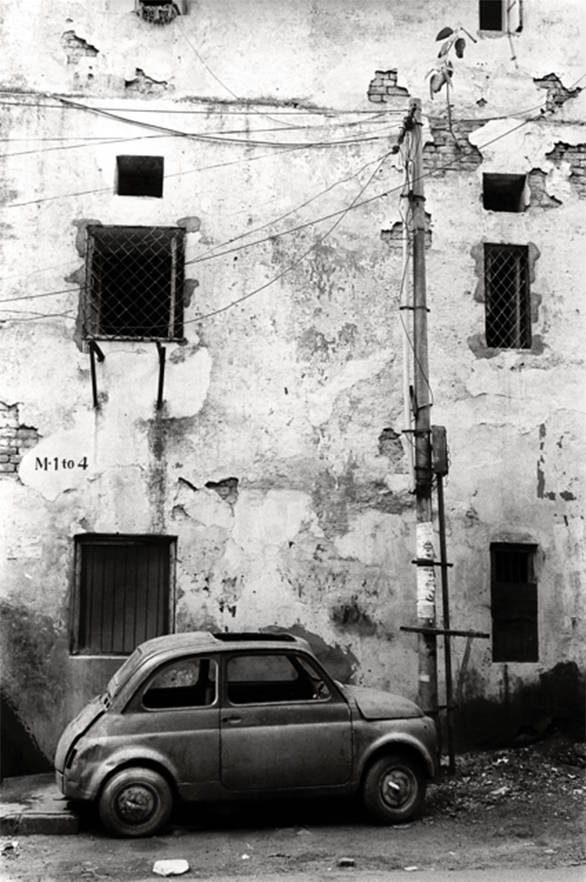 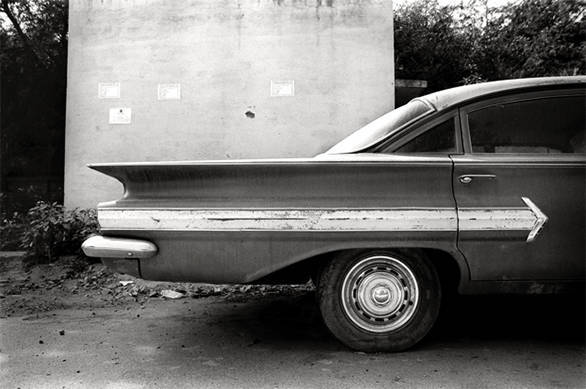 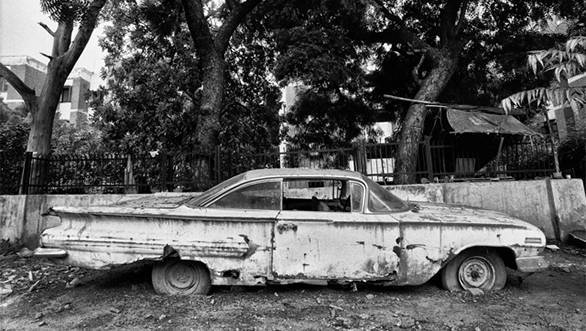 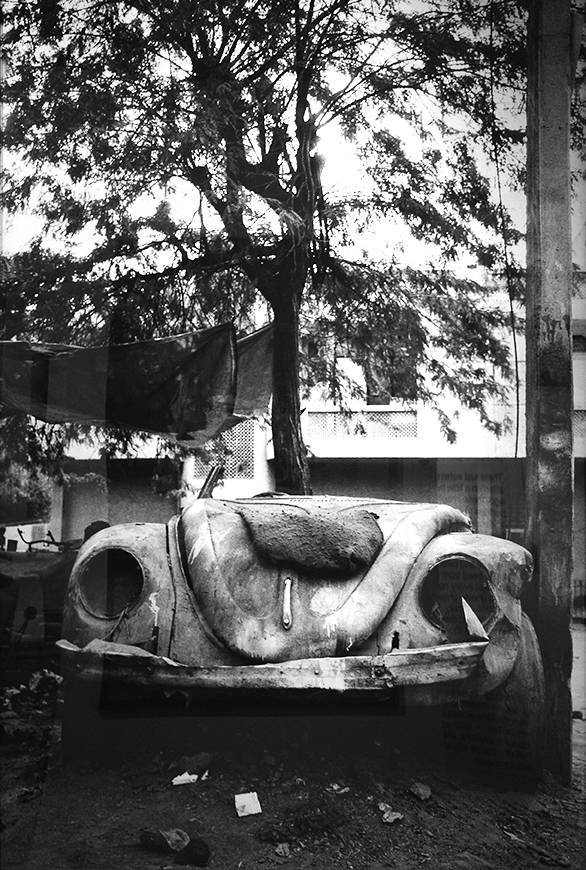 I Was Once Alive was the theme for an exhibition of black and white photographs of decaying cars that Shahid Datawala held recently in Mumbai. Shahid is a celebrated photographer and a well-known designer and he himself has photographed classic cars left to rot. Out on a walk one morning in Delhi, Shahid came across a car that had been put on the street to perish. He was very taken with this scene and returned to photograph the decaying car that had once been alive. He liked the image so much that he decided he would walk the streets and lanes of both Old and New Delhi and try and find more such cars. Inquiries with newspaper vendors, tea stall owners etc often led him to some deserted cars. He used his art to creatively capture on black and white film some absolutely stunning images. 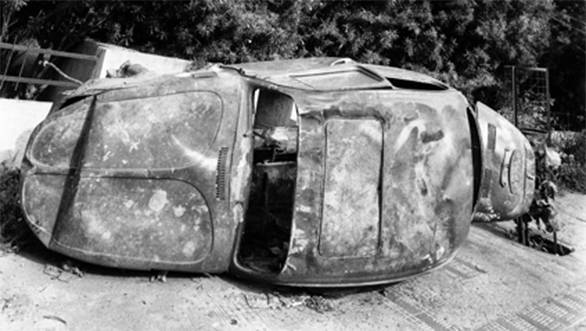 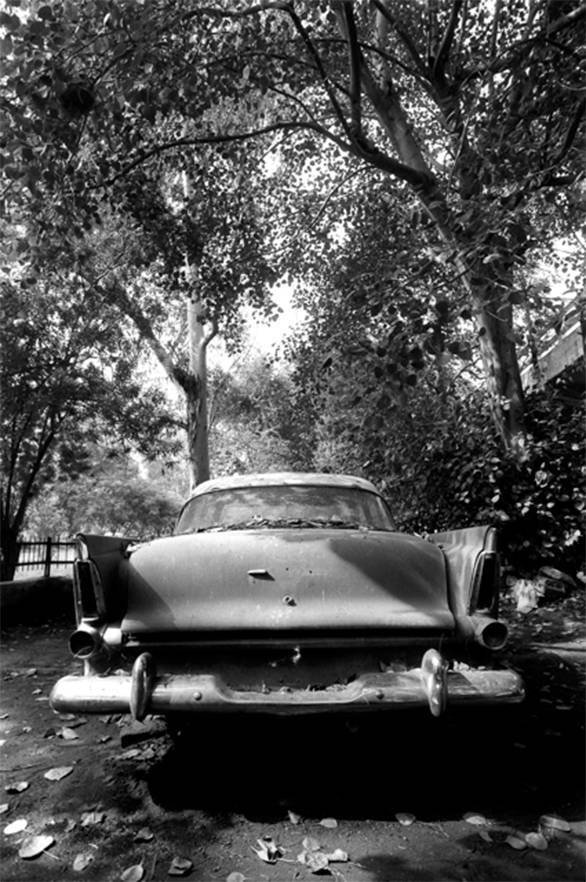 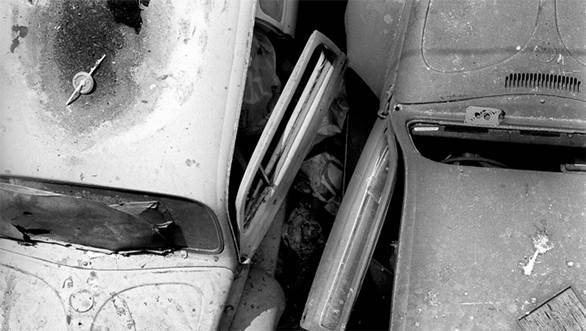 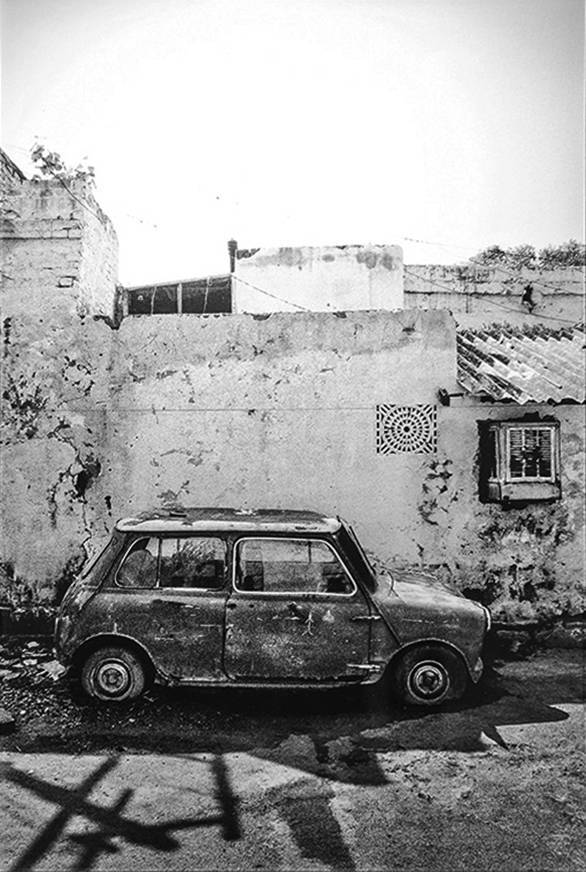 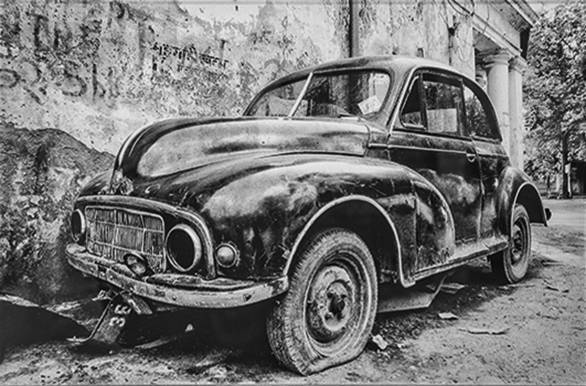 He took his first photograph of a decaying classic car in the late 1990s and all the rest were taken in the early half of 2000. Shahid Datawala says, "Like trees growing in the middle of nowhere. Like nostalgia and the distance we seek from it. Like unresolved knots. These silently parked cars are complex portraits of journeys and hunts. These rust eaten cars caught my attention a little over a decade ago. These images are as much portraits of the foregrounded objects as they are portraits of their (erstwhile) owners. Finally freed from their owners nostalgia every now and then these ghosts show up on roadside corners. Found outside their junkyard dwellings the cars are more often than not found in the company of dilapidated architecture that is also negotiating similar situations and contexts." 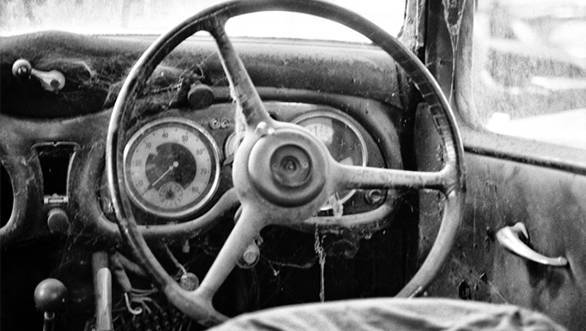 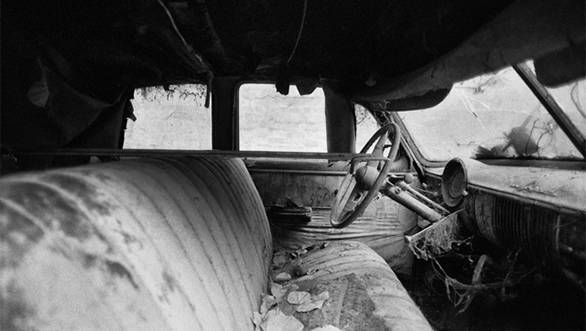 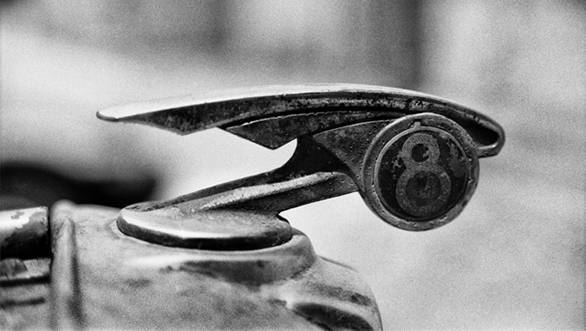 When you look at Shahid's photographs you cannot help but wonder- who does this car belong to? Why has it been left to rust in peace? How long has it been there? And is it still there? I am sure a lot of us will also wonder if some of these cars have made it into the hands of collectors and been restored. Or are they still out there waiting to be discovered and picked up? 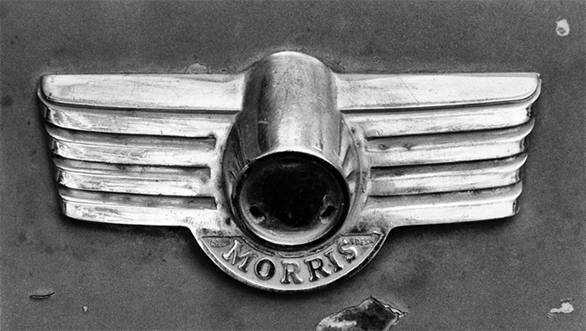 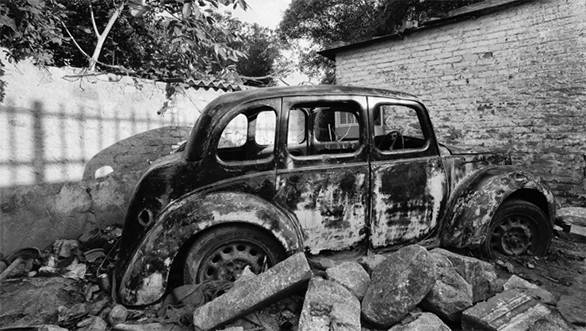 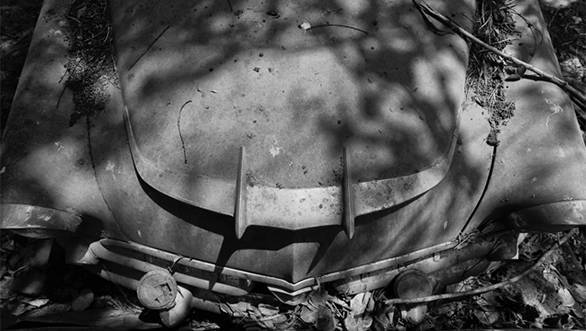 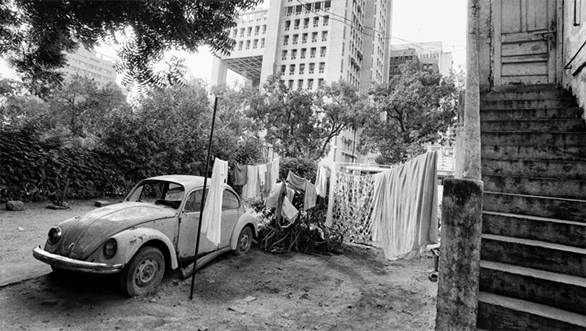 Before the liberalisation of our economy in 1991, cars were very expensive in India and only the really wealthy could afford them. Our filmstars and businesmen also developed a facination for Chevrolet Impalas. So obviously these cars must have had their good days and seen lots of use. I am sure they have interesting stories to share. But why were they abandoned to decay? I would imagine it's mainly because of non availability of spares. Or because the repairs would cost too much. But then why would you not just sell the car? I am sure there is no shortage of buyers. In fact if these cars are still lying around, they can fetch their owners a handsome sum, even in this dilapidated condition. Yes, in some cases I am sure these cars are in this state of neglect because of legal disputes, and these as we all know, are difficult to resolve in our country. 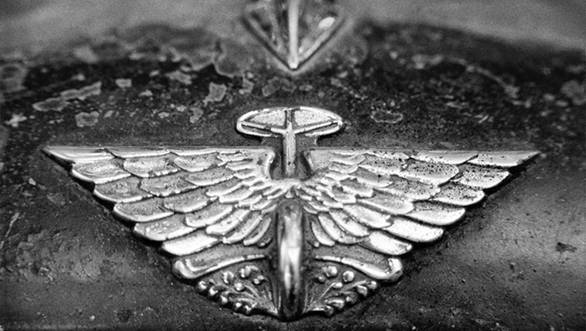 Whatever be the case, there is certainly a bit of rusty love that I have developed for both Shahid's images and those of other car graveyards that are available in plenty on the net. I am sure there are many more cars decaying and dying all across our vast country and if you come across any, please do take some photographs and send them to us at mailbox@overdrive.co.in. Maybe we will be able to do another story with photographs taken by you - our valued readers. 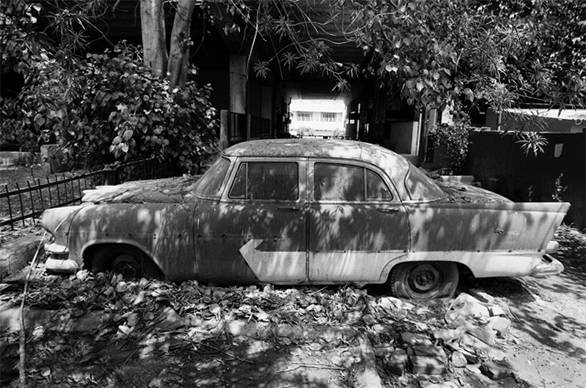 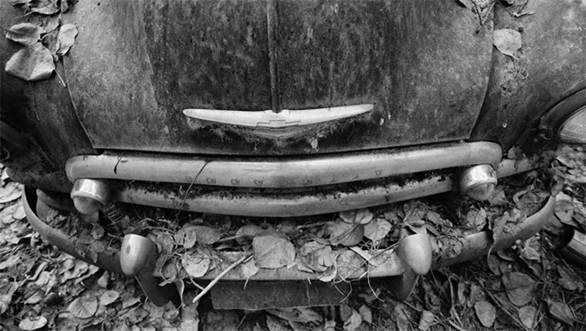 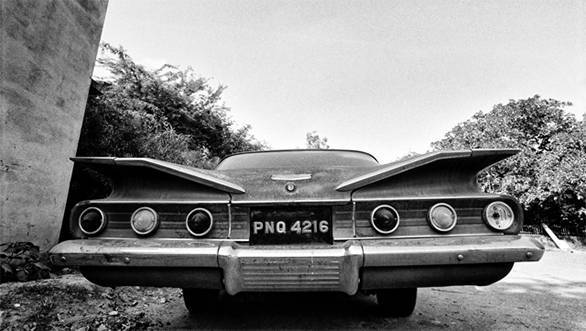