In these days of COVID-19 lockdown, almost all of us have been watching more films than ever before. Just a couple of nights back on Amazon Prime I saw an old black and white film in which car wipers play a very important role. Yes, car wipers, seriously. The film is "Woh Kaun Thi?", produced by NN Sippy and directed by Raj Khosla. This super hit suspense thriller which is also available on you YouTube released in 1964, and is now best remembered for the all-time great song "Lag Ja Gale" sung by Lata Mangeshkar. 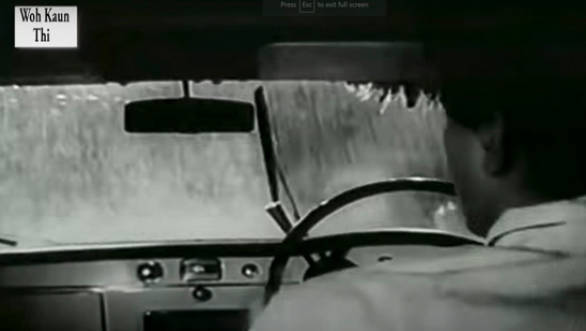 The film stars Manoj Kumar and Sadhana in the lead roles and in my view there is another star too, the Austin A55 Cambridge Mark II that Manoj Kumar is seen driving in some of the most significant scenes of the movie. This Austin Cambridge that was produced from 1959 to 1961, is also known as the Farina model as it was designed by Pininfarina Design, an Italian firm that is now owned by the Mahindra Group. 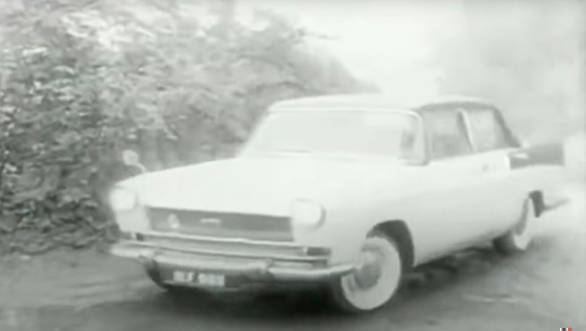 The opening scene of Woh Kaun Thi, has Dr. Anand (Manoj Kumar) driving the Austin Cambridge on a dark, rainy and foggy night. There are some good shots of the car and the wipers fighting against the rain, before Manoj Kumar is suddenly stopped by an unnamed girl (Sadhana) standing in the middle of a deserted road. 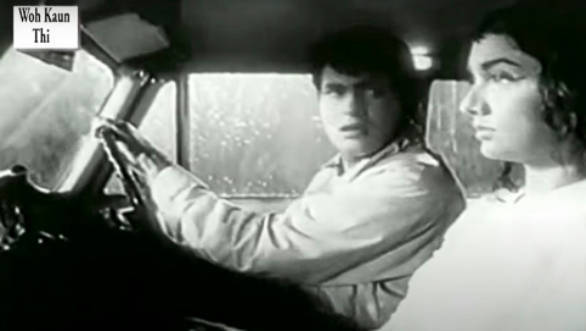 The instant that Sadhana gets into the Austin, its wipers stop, spooking Manoj Kumar

He asks her where she wants to go, but her replies are vague and intriguing. Manoj Kumar offers to drop her and as soon as she steps into his car, the wipers eerily stop working. He tells her he cannot drive now, but Sadhana says she can see the road ahead and shall guide him. This spooks Manoj Kumar, but he begins driving in zero visibility. Sadhana takes him to a graveyard where the doors open automatically.

And the moment Sadhana steps out, the wipers start working which unnerves Manoj Kumar even more. A somewhat similar scene is repeated later in the film and the stopping of wipers when Sadhana gets into the Austin A55 Cambridge and how they start when she steps out, is integral to establishing some of the mystery and suspense in the film.

Sadhana guides Manoj Kumar in zero visibility to a cemetry.

Incidentally the late producer NN Sippy's son, Pravesh, who happens to be a dear friend, tells me the Austin Cambridge was his father's personal car. He sold it a few years after the release of Woh Kaun Thi, and purchased a convertible Chevrolet Impala. Obviously NN Sippy had good taste in cars and should also be complimented for using wipers in his suspense film so smartly. 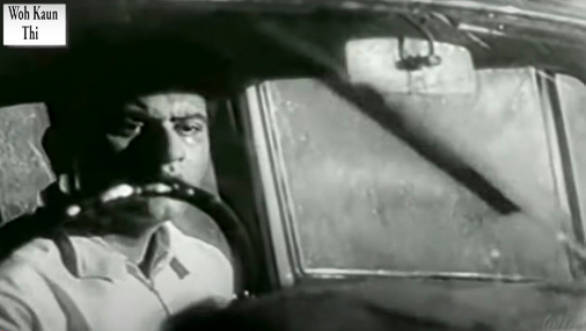