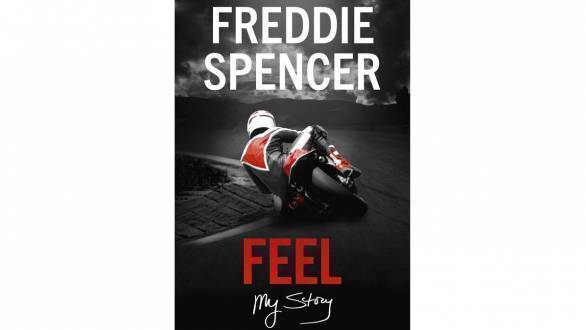 The good thing, though, is that Spencer makes his intentions as a narrator very clear early on in the book. In fact he begins the story with a tale of how he grew up in the era of Martin Luther King Jr. which meant that he grew up having to witness bigotry and discrimination. And the impact that it had on him, and how it shaped him as an individual. It's clear that parts of the story are painful for him... "For the first time I will talk about the traumas of my childhood, the contrast between the leaf fire burns, the mistrust and discomfort and the peace I felt when riding my bike." It's scary and very real.

Then there are those other elements of his career. The reason that Fast Freddie fell in love with grand prix motorcycle racing to begin with. "It was not the speed that inspired me, but the ebb and flow, the angles and the precision that would be required to be good at it." Spencer talks about what it was like for him within the paddock, how people - the media in particular - perceived him, and how faith and hope got him through a lot. What his time racing against King Kenny Roberts was like. And of course, what it was like during and after that landmark 1985 season when he won both the 250cc and 500cc title,

The book was written at a time when Spencer was living first at his sister's, then in a hotel, after his divorce. It contributes to its darker side, perhaps. But this soul searching, and looking back at the past only serves to make Feel very, very interesting. It's not just a racer's journey, on and off track. It's the journey of an individual trying to get some sense of the what's and why's of life. It's more than worth a read.