Better riding: When to keep the throttle closed

When we're teaching at the Indimotard and OVERDRIVE TWO Track School, a lot of emphasis is on opening the throttle smoothly to stabilise the motorcycle. This raises your confidence in the motorcycle, frees your brain to process other information and makes you faster. However, there are situations where being off the throttle is far better. 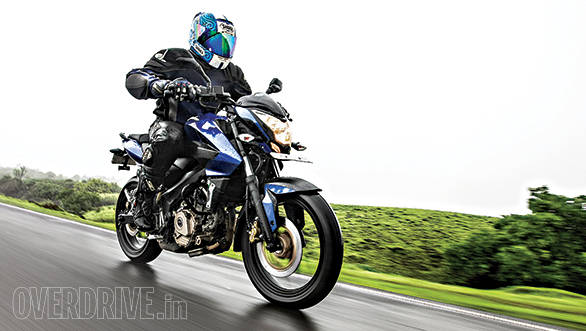 To simplify the terms, rake is the steering angle and is expressed in degrees. Higher numbers indicate a more stable, less willing to turn motorcycle. Lower numbers (sportsbike average 24-26 degrees) suggest less stability and more agility. Trail is expressed in millimeters and higher numbers, again, suggest that when the front wheel is deflected off its path, it will come back to the centre position stronger. Smaller trail means the wheel is easier to turn but less inclined to centre - which makes for a quick turning bike, but also a more unstable one.

Being off the throttle causes the forks to compress which reduces trail as well as sharpens the rake angle. Technically this means the motorcycle is less stable. But the flip side of less stable is more agile, more responsive to steering input. Yes, that does also mean that when you're on the brakes, the effect on trail and rake is amplified and the motorcycle becomes even less stable and conversely, more willing to turn. So when should you be off the throttle?

Intersections are troublesome places where you are expected to process a fair bit of chaos. Being off the throttle gives you two advantages. First, it means your motorcycle is more willing to change direction if needed. Second, and more important, should you need to brake hard, the front-end is already partially compressed, reducing the time required before you can really load up the front brakes for a quick stop.

When turning the bike

Many riders simply never pay enough attention to realise that turning the bike with the throttle open is hard work. This is because rearward weight transfer extends the forks and makes rake and trail both higher - the bike wants to just go on straight. You should be off the throttle when you need to turn the bike and make the chassis more responsive to your intention. Many riding technique books even advise that as an advanced skill, having a little brake on when you start your turn actually helps turn the bike faster still.

When you're approaching a hazard or a difficult to read road situation, you should come in on a closed throttle. This automatically reduces your closing speed (see the article from last issue), sets the bike up for a quick direction change or a stop. And if you're going to ride over an obstacle, put the fork in the right place so you can accelerate over it, enjoying the extra stability that comes from extending the fork a little bit extra, as you transition from a closed throttle to a fair amount of throttle.

Tags:    motorcycling |  Safe riding |  when to keep the throttle closed |  throttle |  rake |  stability |  how to maintain |  Better riding |
Check out our end of season subscription discounts, with a Moneycontrol Pro subscription too absolutely free!! Click here for details.