I have spent a lot of time figuring out how to get faster on a motorcycle. I've read books, attended schools, followed fast riders and listened to advice. But just yesterday, an epiphany happened and I thought this column was a good place to share it with you.

I was asking myself how to go fast on a motorcycle when I went back to the basics - what can I control on a motorcycle? I can control its speed and I can control its direction. To go faster, I have to largely control speed. And since we only spend something like five per cent of the time on the brakes, that means the secret to going fast lies in the throttle.

It is the simplest of secrets though. To go fast, you have to open the throttle. But understand what that means. It's a simple statement but it carries profound meaning. Let's examine this. 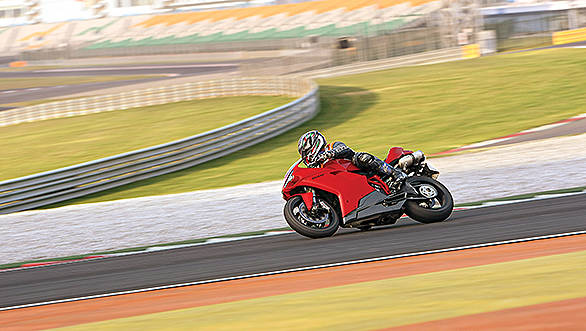 Let's say two riders - Valentino Rossi and you - are riding the exact same motorcycle on a racetrack. How is Rossi faster than you? There's a lot of confusing answers to that. But the truth is that he is faster than you primarily because he either has his throttle open in more places than you or has more throttle open than you. Which makes his motorcycle complete a lap faster.

The art of keeping the throttle open, though, isn't quite as simple. If you think about an open road with no traffic and no visible danger, pinning the throttle isn't hard for anyone to do, right? But how is it that Rossi and you, in the same situation, react differently. That's where it gets complicated.

You see, physically the difference between you and Rossi isn't significant. The motorcycles are identical for our purpose. But his speed comes from how he reads the world and how he reacts to what he perceives.

In short, to go fast, all you have to do is get better at reading the world, manage your perception of danger and find the confidence to open the throttle more - whether in terms of time or quantity. If you're doing this right, this should buy you speed without you having to compromise your safety envelope.

When to keep the throttle closed