The origin for this discussion was when the office intern was asking me about something. He described a nasty crash he suffered when someone on a cycle crossed the road in front of him. "I pressed the brake and the rear wheel skidded and it got worse and worse..." Of course it did. Allow me to explain how braking works on motorcycles from scratch. 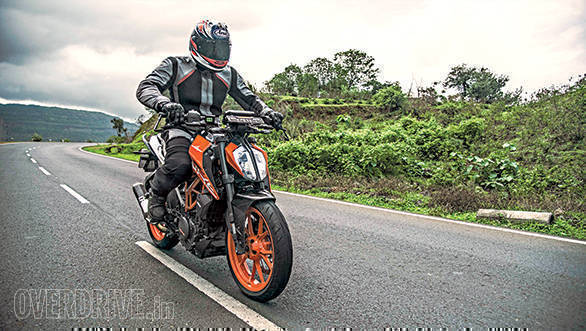 Unlike a bicycle, a motorcycle has sophisticated suspension connected to both of its wheels. It changes how the motorcycle deals with you opening the throttle or hitting the brakes. We call this weight transfer. Which is literally the idea that the inertia of the motorcycle causes the front wheel to carry additional weight when you're braking. Or conversely, the same thing causing the rear wheel to carry more and more of the motorcycle's weight as you accelerate.

At the very hardest of braking, you can today transfer a full 100 per cent of the weight to the front wheel. You might recognise this state as a stoppie. You can also transfer the full 100 per cent to the rear wheel, what we call a wheelie.

To maximise braking, we need grip. And grip is a function of the friction between the tyre and the road and is affected directly by the load on the tyre. In effect, if a tyre has 100 units of weight bearing down on it, it can generate, say, 100 units of braking. But when you start loading it up, say 200 units of weight, the properties of the rubber allow the braking to increase dramatically, and 200 units or more of braking is possible.

What that means is that when you start applying the brakes, you are transferring the weight, and hence the potential for braking to the front of the motorcycle. And that in turn means that if you are afraid to use the front brake, you will never be able to stop the motorcycle as hard as it possibly can. In fact, if you measured the brake force available on any motorcycle, you would discover that it can always outperform the engine by a great margin. So while any motorcycle today can hit 1g in deceleration, most engines struggle to reach 0.8g.

Step one of braking well is to realise that the core of braking for a motorcycle lies in the front wheel not at the rear. Step two is to realise that this is such a powerful control that you need to practice to learn how to derive the maximum performance possible so that you're able to automatically perform the right sequence of actions in an emergency.

The right way to brake is this. You start by initiating braking gently. This is a reasonably soft pressure on the front brake lever that begins the weight transfer - you will feel this as the front end dipping gently as the forks compress under the additional weight.

As the front compresses, your grip at the front increases, which means you can increase the pressure on the lever and hence the overall brake force. This escalation can happen very rapidly, but it is vital that you chase the increases in grip coming from the weight transfer. If you increase the force demand too fast, you risk running out of grip and crashing. Actually throwing yourself over the handlebars like all (ex-) bicycle riders learn to fear is actually much harder to do than you might imagine. Similarly, in the interest of performance, it is good to release the brakes gently rather than suddenly as well - but that's a discussion for another time. In essence, you use the front brake for most of your braking, you begin gently and increase brake force as grip at the front increases and when you're at the right speed, you let off the brakes gently rather than in one go.

The rear brake, in this scenario, doesn't have a major role at all. Some riders like to use a light amount of rear brake because they feel it makes the bike more stable. Others don't touch the rear brakes at all.
As long as the conditions are dry and grippy, almost all of the braking comes from the front wheel. There are no exceptions to this.

The situation changes when the ground is wet or dirty, though. The flip side of the power of the front brake is that while you can sometimes let off the rear brake and recover from a rear-wheel skid, front-wheel skids are much harder to save. In conditions where grip is low or changeable, it is better to first back off the pace and look further to eliminate the need to brake very hard as much as possible. And when you do need to brake hard, you would use a lot more rear brake and less front brake to ensure that the low grip doesn't cause a front-wheel skid.

Like many skills of motorcycles, braking requires you to practice repeatedly so that when you need to stop in an emergency, the physical response - how you build brake pressure - is preset and you don't have to think about it. It releases the brain into deciding whether you need to brake or need to change direction to avoid the hazard ahead. 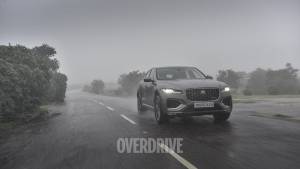