You have to be very talented to take a bad photograph in Ladakh. It is the geographical equivalent of a Victoria's Secret model - there are no bad angles. But no matter how many wallpaper perfect pictures you've seen of Ladakh, nothing can prepare you for the almost extra-terrestrial landscape. It's visceral, haunting and addictive. The Mahindra Adventure's Monastery Escape 2013 is a pleasant way to meander around the Himalayas for a while. It's a 10-point programme, and if you take a leaf out of Mahindra's book, there's something new to see every day and new place to rest your head at every night. 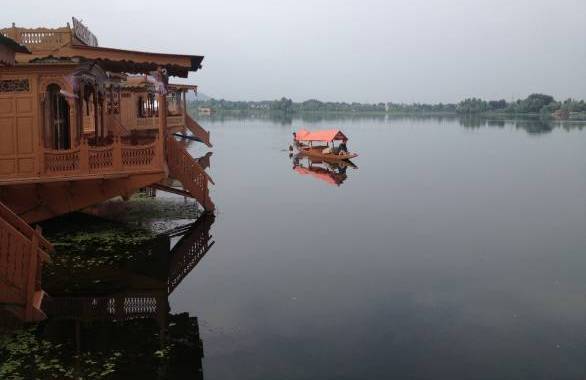 The Escape kicks off at Negin Lake in Srinagar, and you get a Scorpio to make your own for the next 10 days. In case you have the fortune of not being teamed up with a family or friend, don't waste time on niceties with your co-driver. You're going to be stuck in a moving tin can for 14 to 16 hours a day with this person. If you encourage one story about that time (s)he lived on a kibbutz, you'll hear about every meal (s)he ate there for the rest of the days. But of course, you are co-drivers and this is a very challenging terrain. Cultivate an atmosphere of disinterest but cooperation. If you are travelling with family or friends, you have no control over the situation.

The houseboat is panelled with walnut wood and with the same material for furniture, but alas no Shammi or Shashi Kapoor to enliven the pun. The law prevents the boat from setting out into the lake, making you think about the adage 'A ship is safe in harbour, but that's not what ships are for'. So they bob and sigh on the shore in Kashmir, with you within.

There's a Thar in the convoy that everyone's eyeing to drive, but for some, the best ride is the one you don't have to manoeuver  - the co-driver's seat is just fine.

The participants introduce themselves; the organisers mentally single out the rabble-rousers; the veterans glide among the ranks singling out those to invest affection in; the young and the virile size each other up.

The circus rolls out at 11 am.

SLEEPING IN: A soft hotel bed for three hours, which could be better spent on the balcony looking at the mountains. It's the last of the good showers for a while, so savour it

Sonmarg is a snappy two-hour drive away from Srinagar and a necessary stop for acclimatisation before you climb up to the Ladakh district. Our stop is Kullan, a little before Sonmarg proper and the place where wallpapers are made. You know which ones - that photograph of a stream rushing down a pine-covered mountain which covered the entire wall of a living or dining room in the 1980s and the '90s. 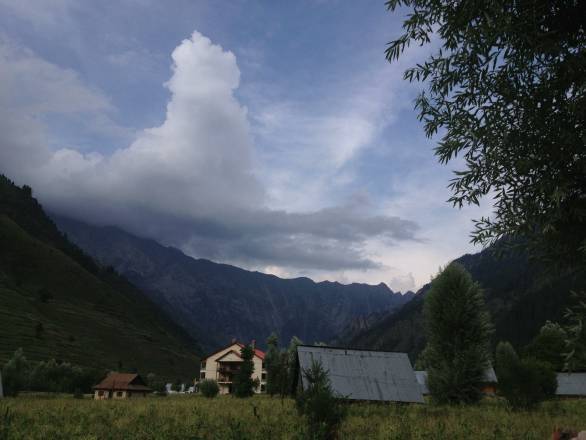 Many will urge you to trek up these mountains at Kullan. But it wouldn't be called nature's 'lap' if it's wasn't meant for napping

That's the scenery here. Hotel Rah Vilas squats in the hinge of two mountains. It's a grateful spot after a tense drive out of Srinagar and some of us tank up on rest. If not, trek up the hills or walk down to the stream. We opted for the trek and were shamed by our guide who ran up and down three times to herd the group on a Ramazan stomach. Mid-sprint, he stopped to point out trees oozing fragrant sap, green walnuts on trees and the old lady who gives away dozens of apples to tourists.

After a lesson on how unhealthy city life is, it's time to recuperate for the 4.30 am drive out next day.

The 15-and-a-half-hour-drive to Leh is the longest time spent behind the wheel on the trip, and a test of the bladder. Take your mother's advice, go before you leave the hotel and go every time you get the chance. As you climb up, modesty-saving trees, rocks and bushes are left behind. For protecting the borders of this great country, yes; but you'll be more thankful for the soldiers at Kargil for building clean loos. The convoy leaves early to get ahead of the heavy traffic that plies the passes. The landscape gets starker or familiar if you've done your research. There are many pitstops to make - Zojila Pass, Drass, the war memorial at Kargil, the Pather Sahib gurudwara, the confluence of the Indus and Zanskar rivers, moonland and the magnetic hill before we finally reach Leh. Mother nature changes into a PMSing shrew who has quit sugar cold turkey. By the time we reach Magnetic Hill, pebbles are whirling up in momentary storms and the Scorpio is pushed backwards. The only crutch is what becomes the official drink of the trip - ginger-honey-lemon tea - and diamox.

The two days in Ladakh spread ahead of us, and Khardung La and Pangong Tso are on everyone's itinerary. But it's not a monastery escape without spinning some prayer wheels. 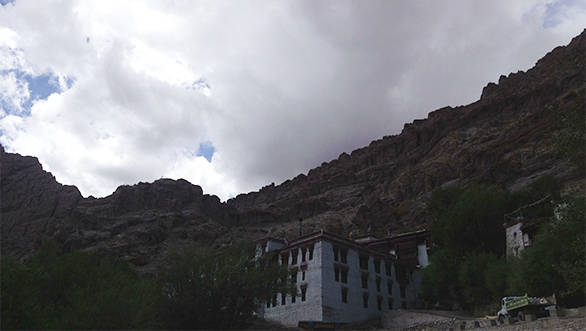 If one must engage in theosophical debates, location and catering is paramount. Buddhism has this figured out at Hemis monastery 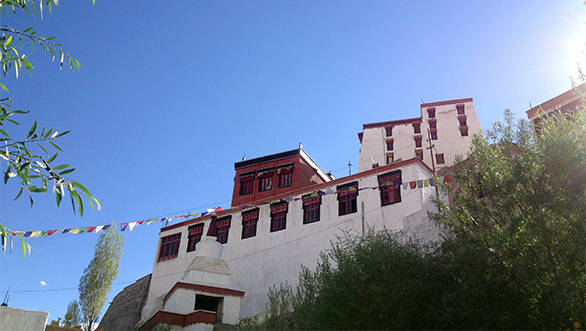 Hemis and Thiksey monasteries are on the agenda, with Shanti Stupa as the last stop. Most of the monasteries have a curious resident - a shaggy black dog who sleeps contently on the stairs. Buddhists are hearteningly tolerant of canine meditators and mountain dogs are not shy of milking this. Unless you are an academic, when you've seen one monastery, you've seen them all. After you've taken that picture of the fluttering prayer against the white gold spikes for Facebook, save the sunset for Shanti Stupa.

Park yourself at the red windows of the stupa's cafe to savour the sunset over a tea of your choice. There's nowhere else you should be. 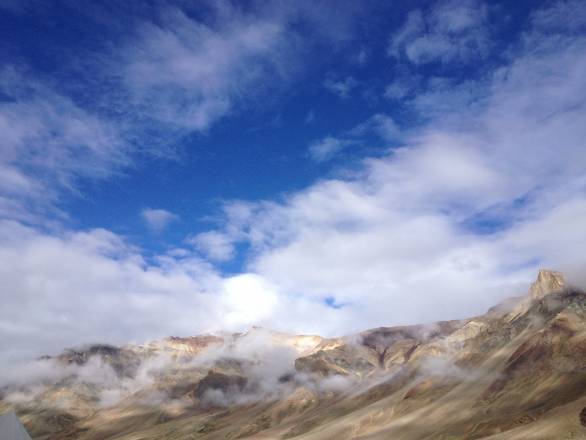 Ladakh's landscape spoils you. It's hard to stand suburban Mumbai's casata buildings after this

Pangong Lake is a five-hour drive away from Leh, and Khardung La, arguably the highest mountain pass in Ladakh, is about three. If you are ambitious, you could fit both into a day, but it's more rewarding to start the day with breakfast at one of the patisseries in Leh town. Some of us tire of the SUV, and rent motorbikes in Leh town. These are ones who are more breathless as the road winds up. Adventurers camp besides streams, labourers from Bihar and Uttarakhand chip away at a mountain and a JCB sportingly bowls boulders down the mountain as you wind up. But nothing is more anti-climatic than the music being played at the point which declares you are at the highest motorable road in the world. You stand there with superhuman cyclists who have made it up in seven hours and a nasal voice promises 'Aaungi, aaungi mein agle baras phir aaungi/ laungi, laungi meri baali umariya laungi'. It's a bhajan. Turn around and head home.

SLEEPING IN: All the clothes you brought, in a tent

Khardung La has its charms, but the drive to Sarchu was the highlight of the trip for us. The convoy weaves through Tanglang La at 17,582 feet above sea level, stops for a glimpse of Tso Kar Lake (and runs when a whirlwind is spotted on the horizon),  there's fresh snowfall in progress on the mountain tops, shy ibex on the slopes, a stop at the river canyon at Pang and drive through the Morey plane before finally reaching the campsite at Sarchu. 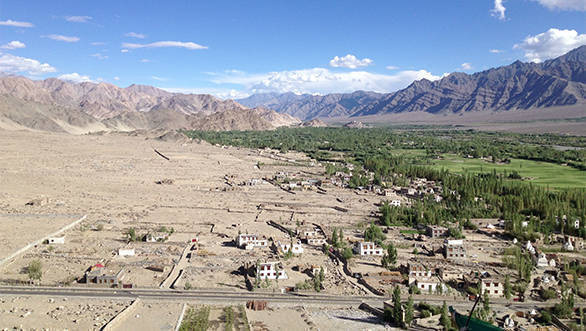 Even in August, Sarchu is as cold as a government's apathy. The tents are well-appointed but some of us have shy bowels. One, in particular, is on a liquid diet to avoid doing the big job in nature. Needless to say, this an opportunity for the rest to practise shitty puns to put him under pressure (literally).

The only way to get some sleep is to wear every piece of clothing you've brought along and forget the stories of hypothermia.

SLEEPING IN: A tent near a rambunctious tributary

The drive from Sarchu to Jispa brings back greenery. We're in Himachal Pradesh now, and all the affectations that the landscape in Ladakh tears away from you, grow back. The drive to Jispa takes five and a half hours leaving enough daylight to take in the surroundings. You leave honey-lemon-ginger-tea territory behind and the cluster of shacks around the bend, for Hotel Ibex serves pancakes. The angry tributary near the campsite is just for ambient music; your source of water is a slim, clear stream fed by melting ice. A four-by-four tent near it is the bathroom. Experience has now taught us that you fill a bucket with water from the stream and give it a few hours to warm up.

The riverbed close by is appointed for off-roading practise in the afternoon, which ends in a JCB being called to pull out a stuck SUV. This causes embarrassment to those stuck, amusement to the watchers and panic to the Constrictor who explores the restroom of a nearby hotel under the pretext of tea.

The night sky at Jispa brings out the Milky Way and the cold is not so unbearable that you can't sleep.

SLEEPING IN: A honeymoon hotel

Manali is honeymoon country and best avoided. Rohtang pass has the charm of Lonavla in the monsoons after the majesty of Ladakh, and if you can, choose a hotel beyond Manali to park for the night. Tank up on fruit wine (we vote for pear), eat a trout and get the hell out of there. Himachal Pradesh is restful if you come from urban centres, but coming from Ladakh, it's vulgar, gaudy and you come to it too fast and too soon.

SLEEPING IN: A cottage

It's all downhill from here to Punjab. The weather is sickly, the landscape chaotic and no promise of life being halted by weather conditions. The last treat is a night at a 1800-acre game reserve called Kikar lodge. The trip ends in the time-honoured ritual of testosterone - a drunken party in the pool with more bare chests than comfortable. One the periphery are the beaten who have been planning trips like this for years. They've made the excel sheets, bought the camera, booked the car. But there are 284 emails in their inbox every day and it's taken courage to shed that self-importance. But like cheesy Billy Joel said: You can get what you want, or you can just get old. 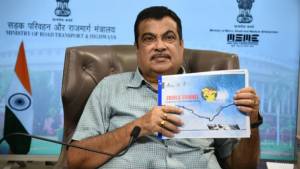 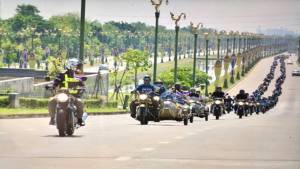