Banglore-Goa-Mumbai on the Indian Scout Sixty

All my life, I've been told that saying "No" is all right. It's not offensive and it's a good word when you need to prioritize yourself, before anything else, or anyone. It's something that I have been working on, trying not to be the "Yes" man. But, one fine day, Abhay called to tell me that I'll have to ride the Indian Scout Sixty from Bangalore to our office in Mumbai, via Goa. While I was excited to ride a motorcycle, which is always, I wasn't exactly looking forward to riding the Indian Scout. I'm not a 'cruiser person', I prefer fast motorcycles with sharp handling and the ability to thrill me. But, as I discovered, there's a certain charm about these type of motorcycles, and the Indian Scout Sixty played the temptress to the T. 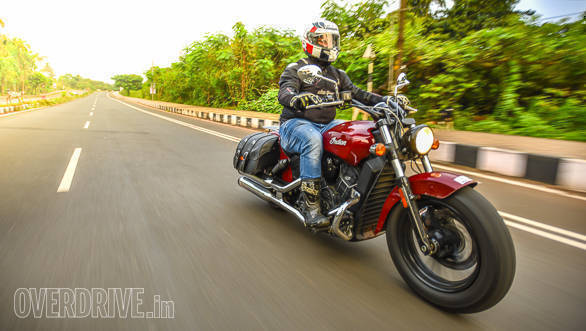 It all began with me laying my eyes on the red Scout Sixty, glistening under the showroom lights at the Indian Motorcycles showroom in Bangalore. The low slung stance, big, 77PS 999cc V-Twin motor, contoured seat and the chrome exhaust pipes extending from the header to the tail left me captivated. And it wasn't me only. Out on the streets of Bangalore, the Indian Scout Sixty had turned into an attention magnet. Every time I stopped at a traffic light, I was surrounded by faces, depicting awe, amazement and appreciation. There were also a few curious questions about the bike's price, make and the obvious, fuel economy. The Indian Scout Sixty may lack the outright presence of its elder siblings, like the Chieftain or the Roadmaster, but it definitely looks special. 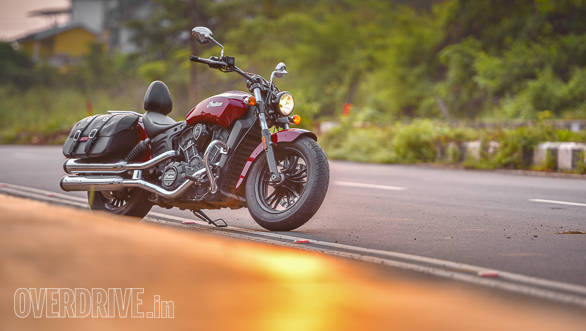 The following day, I set off for Goa and the plan was to ride into the adjoining state via Anmod. Getting out of Bangalore was a nightmare, but I only have myself to blame. I was supposed to leave early but I ended up hitting the snooze button more often than I usually do. The morning rush on Hosur Road was enough to drop my pace to a crawl and the heat radiating off from the big V-twin wasn't helping either. That said, the heat is not prohibitively uncomfortable and certainly not as bad as the Harley-Davidson Street Rod 750. 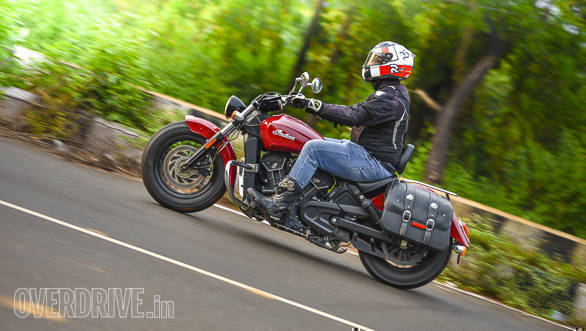 Once I got on to the Nice Road, the traffic thinned out and I finally got a chance to whack the throttle open. The shove from the motor is surprising and it's quite amazing to see the speedo needle swoop from double to triple digit speeds, in a flash. The Scout Sixty gobbled up the miles and soon I joined NH48, the Banglore-Mumbai highway. 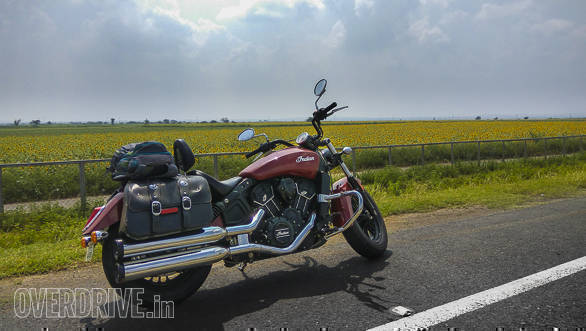 In my books, this highway is easily one of the best stretches of tarmac in the country. Smooth, flowing and with barely any traffic, I was in, what one could term as cruiser land. The Indian Scout Sixty was in its element as I settled into a steady pace, at 120kmph. At this speed, and even beyond, the Indian Scout Sixty is surprisingly devoid of any harsh vibrations and this speaks volumes of the engine's refinement. The only problem I faced was wind blast. With your arms wide open and feet stretched ahead, you sit in an 'embrace the wind' position. The lack of a fly screen, above the headlamp means holding speeds in excess of 120kmph will lead to sore shoulders. But, as I said, the Scout Sixty is all about cruising and soaking in the view, and that is exactly what I did. 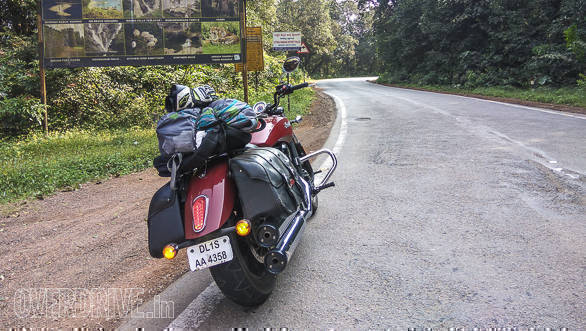 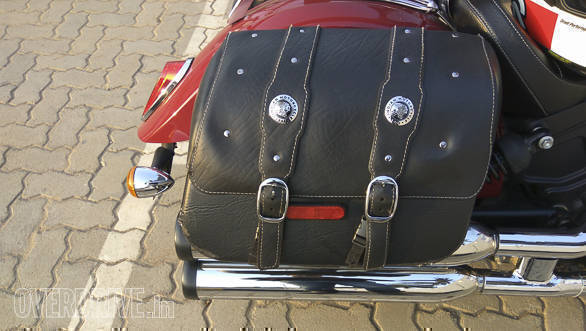 I turned off the highway, after Hubli and onto the Dharwad-Ramnagar toll road. The road passes through a dense forest reserve and there are numerous signposts, warning riders/ drivers to keep an eye out for wild animals crossing the road. I dialed the pace down and reveled in the feeling that only a motorcycle can offer. The feeling that you are part of the scenery around you, the feeling of breathing in the fresh mountain air, the feeling of the engine humming along calmly. 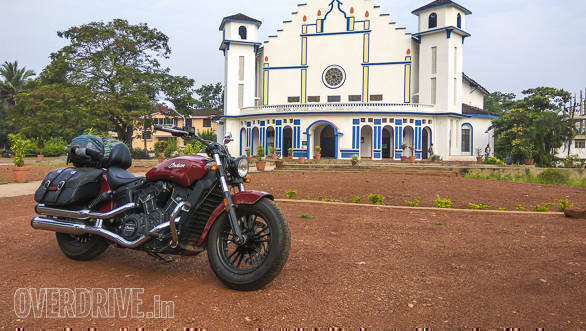 A few kilometeres later, I arrived at the Anmod Ghat, that descends into Goa. The roads were a mix of hairpins and flowing corners, and to my surprise, the Scout Sixty felt happy. Of course the fat 130-section tyre, at the front helps boost confidence, but it really is astounding to see a long, low slung cruiser to handle so well.
After spending a few days in Goa, it was time to head back to Mumbai, and the big city life. I pretty much re-traced my way back to NH48 and turned north to head back home. It was a relaxed ride, all the way, and that's when I realized how easy the Indian Scout Sixty is to ride. The riding position, the calm nature, the reassuring brakes go long way in ensuring that you can enjoy the ride instead of worrying about the motorcycle. 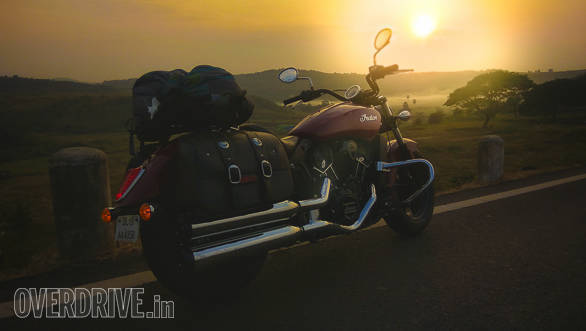 I was back home, happy and content after the ride. I never really expected a cruiser to leave such lasting memories, but the Indian Scout Sixty, is something else. I'm glad I said "Yes".