Driving a 1977 Volkswagen Scirocco at the Rallye 604

Most people in India associate the classic car movement with old cars. But in several western nations, it's not just about vintage vehicles but also modern classic ones. The Rallye 604 is for cars manufactured up to 1995. I was fortunate to be invited to participate in this event and Volkswagen Classic loaned me from their museum a 1977 Volkswagen Scirocco that had clocked less than 500km! 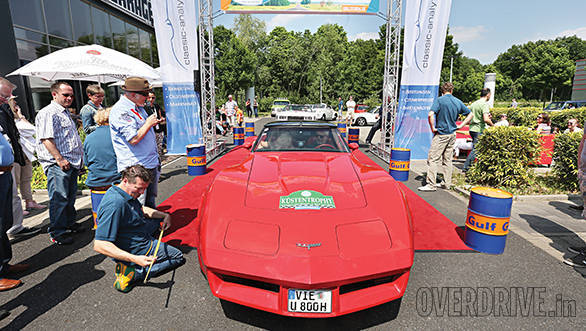 The event started on June 4 from Garage 10 in Gelsenkirchen, which is an entertainment venue with an automotive theme. On a hot, Indian summer kind of day, just a little before the start, I was introduced to my navigator Carolin Jäckel after which Michael from Volkswagen Classic gave us the Scirocco. 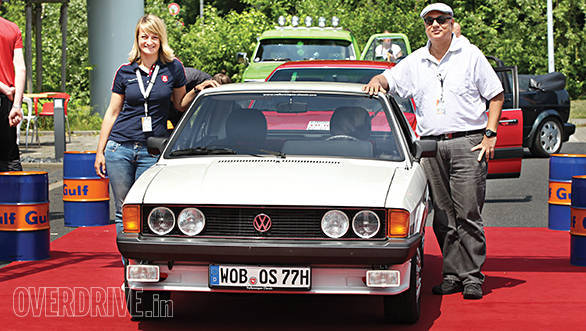 The sporty Scirocco hatchback named after a Mediterranean wind was sold from 1974 to 1992 and the third generation was reintroduced in 2008. I am a fan of the first generation version designed by Giorgetto Giugiaro. It has good styling and is fun to drive too. 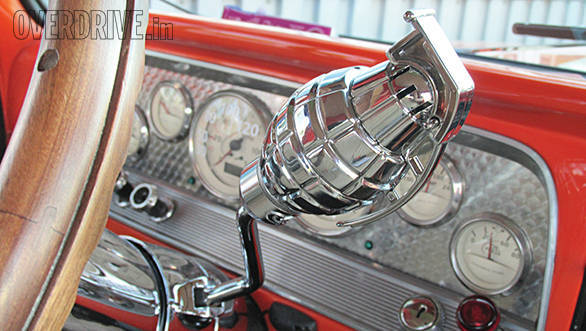 Over the next four days and after some 700km, I fell completely in love with this seductive and immensely satisfying car. It has no power steering, no power windows or central locking, no driving aids, no advanced electronics and not much power either. It's just the really nice mechanical engineering that makes it so endearing. The steering, the pedals and all the controls communicate with you like a trusted old friend. It's all so human. Some vibrations are reassuring, the harshness keeps you connected and the noise is so involving. Modern day cars are so very disconnected. You hardly feel anything in them. You don't even have to turn a key to start them anymore. I actually enjoyed driving this old Scirocco much more than many new supercars. 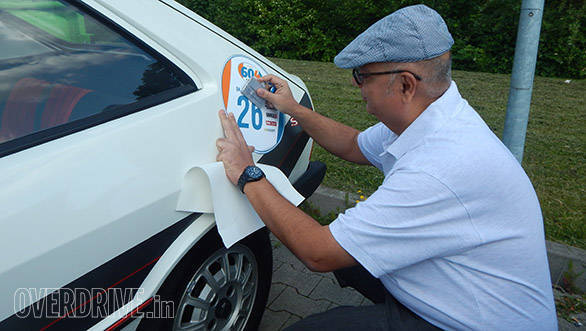 What made the event even more fun was my navigator Carolin. She was not just good with the road book and directions, but also very friendly and helpful and we got along from the moment we drove over the red carpet at the start. Later in the event, we were asked the length of the carpet. Yes, at the Rallye 604, results are decided by various games and skill tests. 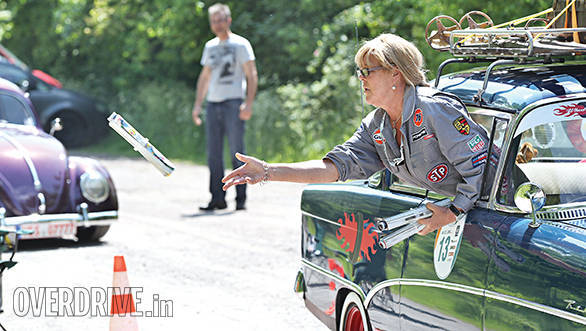 This event has lots of games and tests. Throw newspapers into a bucket from a moving car. . . . . . Or get your model car to stop in the marked slot 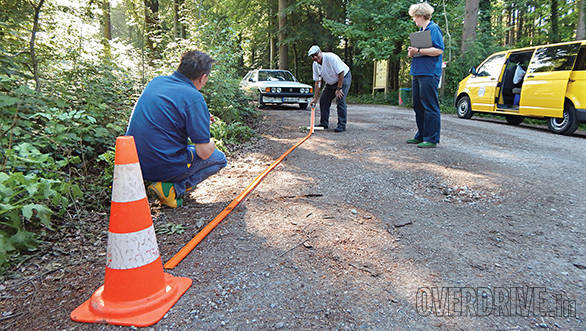 At the controls, you can be given a quiz or tasks to do. At one place, there was a cylinder head and you had to open a spark plug and refit it while being timed. At another, you had to throw newspapers into baskets from the moving car and Carolin scored full marks here. Apart from such games there were some driving tests too, like going through a course with a plastic glass of water placed on the bonnet. I stupidly floored it at the last cone, lost the glass and collected some penalty points. 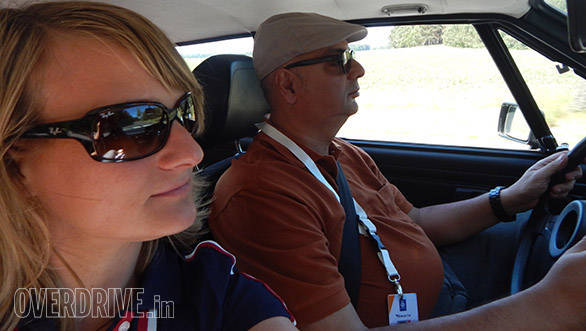 Many felt Carolin and Bob were a regular team, though they'd only met at the start of the Rallye 604 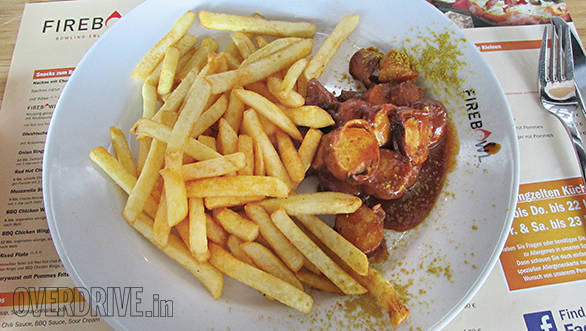 After the driving and tests were done, it was time for currywurst. . . All the 50 odd teams participating in the event comprised of cool, chilled out people and I was happy to see several all women's teams. The event was run largely in the scenic Lower Saxony region of Germany and we mainly drove on small country roads. We stayed overnight in places like Osnabruck, Isernhagen and Wolfsburg, where we also visited the amazing Autostadt. 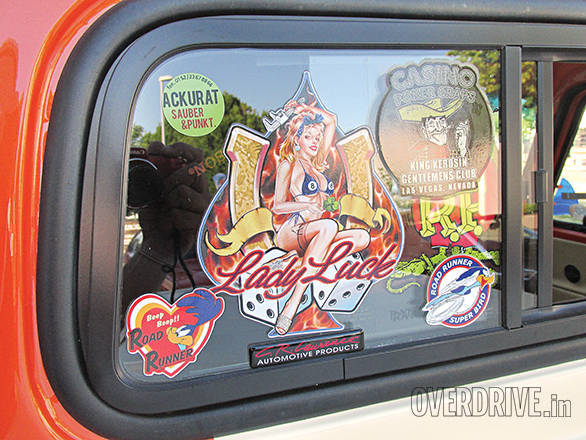 Every evening the results for the day were announced and on the first night, we were declared second. This called for a celebration which went on till late in the night. A little too late maybe, as the next day we lost a lot of ground dropping from second to eventually finish 22nd. I told 'Boss Carolin' to simply 'blame it on Bob'. And the German beer, of course. 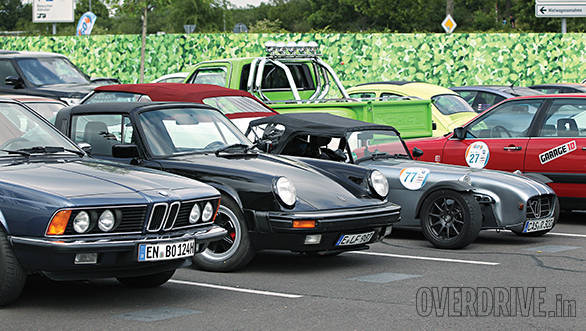 The Rallye 604 is a super fun event and the organisers deserve credit for making it so friendly and cool. I now have a nice German lady navigator and also many new friends and would love to go back again. Hope Volkswagen is listening.

See our complete image gallery from the Rallye 604 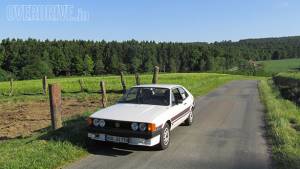