Ask Karun: On whether F1 team-mates can be friends, the 2017 cars, and more

Which team will we find at the bottom of the heap in 2017? It looks like Toro Rosso and Sauber are struggling, while Haas has done a surprisingly good job. Do you think an outfit like Haas can survive in F1 in this day and age?

I think actually Haas look quite good, and so do Toro Rosso in testing. The Haas car was pretty impressive on one of the days but had issues on the other days. So I think they are a little up and down, which we saw last year. But they've built a tidy little car and you can't underestimate just how difficult it is to be a small new team to Formula 1 who is trying to build up the infrastructure. You don't have the manpower that people around you, whom you're competing against, have. Haas has probably half the people of Renault, for example. Yes, they outsource a lot of things to Dallara in Italy, and Ferrari, but it's still a tough ask to be developing a car for 2017 and they were also racing last year. I think they've done a good job under the circumstances. I would say, the team at the bottom of the pile looks like it will be Sauber. But McLaren, sad to say, if you look at pre-season testing, the whole of the second week, they weren't able to do 11 laps in a row. Which is pretty scary considering Melbourne's almost here. And it doesn't seem to be a magic fix in terms of reliability or power.
Do you think F1 team-mates can actually be friends if they are competing seriously against each other? What's Lewis Hamilton's dynamic with his team-mates - he didn't get on with Nico Rosberg? What about Valtteri Bottas?

I don't think it's possible for team-mates to truly be friends at that high level. I think when you're competing for the world championship, or when you're competing at a level when there's so much at stake, it is quite hard. If you're in the mid-field or even at the level where Daniel Ricciardo and Max Verstappen were last year at Red Bull, where they could fight occasionally to be a race winner or a podium finisher, and therefore the stakes weren't that high, they could get on fine. I think if they were in the midst of an intense world championship battle, it would be quite hard. Valtteri is a slightly different character to Nico. I think he's less political. He's got less history with Lewis. Don't forget, Lewis and Nico have had history since go-karts, so that makes life a little trickier. So we'll just have to see how it pans out. If they do get into a situation where they are fighting for the world championship, then we could see that relationship get a little bit tricky. I know Valtteri reasonably well, and he's quite a chilled-out guy, actually. So I think it will be a slightly different dynamic to the Nico-Lewis one. But only time will tell.

After the first round of testing at Barcelona, it seems like the overall feedback about the 2017 cars is good. Given the speeds the cars are now capable of, do you think that they are harder to drive? Will there be a major impact on engine and tyre wear? Will the dirty air affect overtaking? 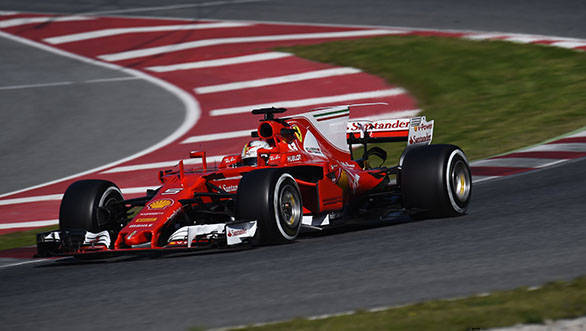 The wow factor F1's been missing is now back!

Yes, it looks like the cars are much, much faster. There's no question about it. If you look at the testing times alone, with the caveat that they aren't showing their 100 per cent full potential until qualifying. But if we take testing 2017 versus 2016, straightaway the cars are going 4 seconds per lap faster. But when you go trackside, they are visibly faster. There's visibly that wow factor back, which I think was missing for probably the last four or five years. I think the last time we saw that was back in 2010. In terms of the engines, they spend a bit more time at full throttle, so fuel consumption goes up a little bit. And there's more drag as well. In terms of tyre wear, I mean the tyre itself is completely different. It's a bigger tyre and it's got less degradation, which was something that Pirelli aimed for. How much they degrade and how many pit stops we'll see as a result of that, we'll only see when we get racing. The dirty air will affect overtaking; there's no question about it. It will be harder for people to overtake. Because the cars have become more aerodynamically sensitive, automatically that means the car following will have a more difficult time in the dirty air. The other thing that will be to the detriment of overtaking is that cornering speeds are higher and straightline speeds are slower, and that means that braking distances are shorter.

What's your take on self-driven cars being involved in motorsport? Do you think taking the human or driver element out is a big buzzkill?

I'm not a big fan of self-driven cars. One of the reasons I fell in love with motorsport was the drivers. When I was growing up, you had characters like Alain Prost, Ayrton Senna, Nelson Piquet, Keke Rosberg, Nigel Mansell, Gerhard Berger and Jean Alesi. All people who you were inspired by. Yes, the cars are awesome. But a big reason people follow racing and get involved is because it's a human sport. It's humans competing against each other. So no, not a big fan of self-driven motorsport. 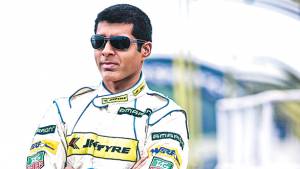 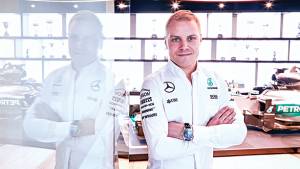 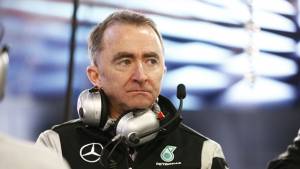 Ask Karun: On the future of Williams, Bottas...
Advertisement