If there was absolutely any Formula 1 driver from the past who you could sit down with for lunch and a conversation, who would it be and why? And over the course of your career, have you managed to meet and talk to a few of your motorsport and Formula 1 idols? Can you tell us a little bit about these experiences that you have had with your idols?

Over the past few years, I've been very lucky to have had a meal with legends like Stirling Moss, Jackie Stewart, Emerson Fittipaldi, Alain Prost, Tom Kristensen and Nigel Mansell and hear some fantastic stories. The one person that I would love to have lunch with one day would be Mario Andretti. I think Mario is sometimes not given the credit he deserves as a driver who won races at the highest levels across four decades. He took pole position at his first ever F1 race, became F1 World Champion, won the Indy 500 and Indycar title apart from a huge variety of Sportscar, CanAm and NASCAR races. He's a complete character who would have some amazing stories and perspectives on the sport on both sides of the Atlantic as well as across so many different eras.

What do you think of the direction that the World Endurance Championship is headed in? Do you think the series can become as popular as Formula 1? Will the glory days of the World Sportscar Championship return?

Sportscar racing is certainly on the rise and has made a big come back in the past few years. With a huge number of manufacturers now building prototype or GT cars, there's a great amount of interest in the championship. In terms of fan following, I think it will always be hard for sportscar racing to get people to watch the races for so many hours in a row, where even the shortest race is six hours long. The main big TV networks won't be able to dedicate so many hours to the broadcast either which means that it will always be hard for people to follow anyway. Yes, we have the Internet and the apps, but even so, I'm not sure if people's attention span will last so long. It's a bit like test cricket today versus the IPL for example  the hardcore fans will still watch the longer version of the game but the higher numbers will be viewing the 20 over version. Red Bull have had a dismal 2015 season. Then they went and made that fuss about their Renault engine and how they weren't happy with it. And somehow they've ended up with the same engine more or less for 2016 as well. Where do you think the Red Bull team is right now? How much of a role do you think the TAG Heuer-badged Renault power unit will play in the team's success in 2016 and can we expect them to do better than last year?

That's a very tricky question to answer. Quite like why Red Bull didn't decide to commit more resources to working with Renault back in 2012-2013 during the development phase of the hybrid engines is a question that I think is key to their current scenario. They should have probably guessed that neither Mercedes nor Ferrari would be supplying them with an equal spec of engines and therefore seeing that Renault was their only manufacturer option, committing resources to working with them would have been the best course of action. 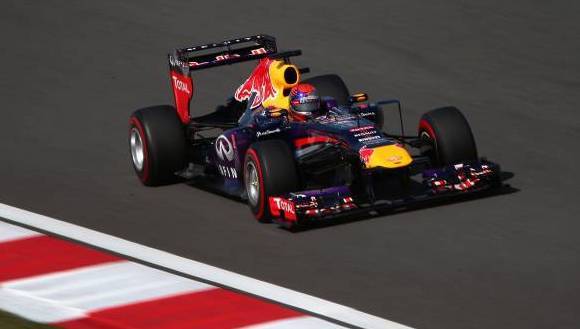 That's what they've done now, but it could be a case of constantly playing catch up. The Mercedes engine department did an outstanding job and given the restrictions on homologation and regulations, it will be hard for any team to really make big enough strides to catch Mercedes. It's doable of course, but hard!