We're at the halfway point in the F1 season right now. And Lewis is heading into the break in the lead of the World Championship. Do you think this gives him a huge psychological advantage over his team-mate? Do you think that Rosberg is mentally weaker now? Will Mercedes galvanise all its resources towards its world championship-winning driver henceforth?

It's certainly a big psychological boost especially as Lewis was 43 points down at one stage. For Nico, to have a negative swing of 62 points in the last few races is a very worrying factor. What was especially disappointing is that in Germany when Mercedes had such a clear pace advantage, Nico was unable to attack the Red Bulls and lost even more ground. Spa and Monza are going to be two circuits where the Mercs will be in a class of their own, and really Nico has to strike back if he wants to have any chance of winning this World Championship. He's certainly a quick driver who is capable of beating Lewis on his good days, but I feel that Lewis is mentally in a very strong place right now and will be very tough to beat.

If there was a past era of Formula 1 that you believe you could fit right into, what would it be, in terms of the circuits, cars, your fellow competitors and even the team you'd drive for?

I would love to have raced in the late 1980s or early 1990s. The cars really had to be driven hard by the drivers. They had a lot of power and grip from the sticky tyres, and there were a lot of good teams and drivers. To share a track with Alain Prost, Ayrton Senna, Nigel Mansell, Nelson Piquet, Michael Schumacher, Mika Hakinnen, Damon Hill, etc. would have been amazing. Every driver would love to drive for McLaren, Ferrari and Williams in his career I think - the three historical giants of our sport who were the best teams of that era. 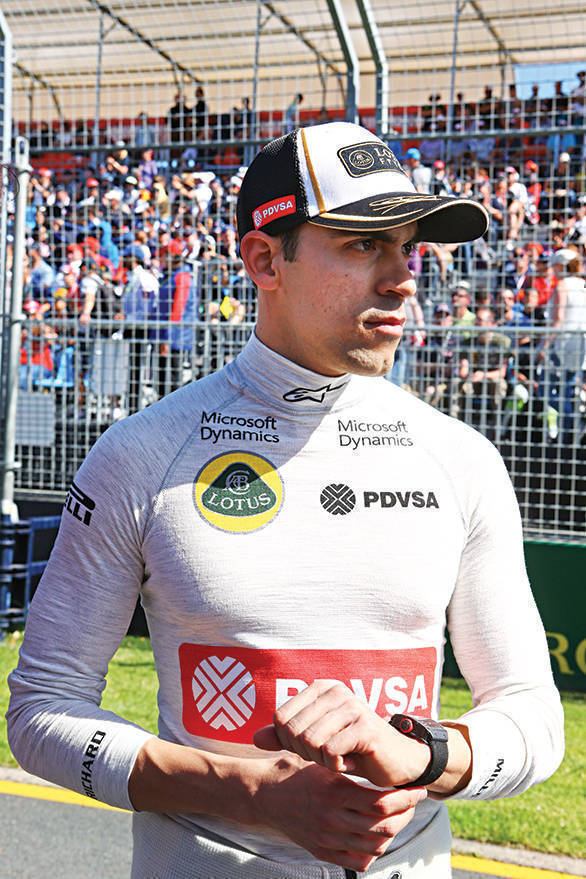 What happened to Pastor Maldonado? Where is he now? He didn't do all that badly last year with Lotus, but how is it that a driver with consistent top-10 finishing positions could so easily be hung out to dry? Is it because of the crisis in Venezuela that his funds have dried up?

Basically, your last question has summed it up! His drive was based on a certain level of funding from his sponsors, and the oil crisis has put an end to that. Pastor is an enigma! I raced with him for three years in GP2, and it was always amazing to see his trend carrying on in F1 where he would be incredibly fast and error-free on one day and then crash the next. I remember in Barcelona in 2008, he and his team-mate Andi Zuber hit each other four times in one lap! The fact that he won a grand prix is something that nobody can take away from him, and his drive against Fernando Alonso that day in Barcelona was mighty impressive.

How soon will we see Max Verstappen win a Formula 1 World Championship title? Is he as talented as the hype that's surrounding him? Do you think the age restriction in F1 is fair?

Max's arrival into F1 should be compared to the likes of Alain Prost, Ayrton Senna, Michael Schumacher or Lewis Hamilton - drivers who have arrived and immediately made people stand up and take notice. Yes, he makes a few mistakes but you can put that down to youthful exuberance. His calm mature head and his ability to drive to a strategy are very impressive, but most of all I think his wheel-to-wheel racer's instinct is the thing that stands out the most. If and when he becomes World Champion is dependent on what opportunities come his way in terms of having a competitive car - a driver cannot be World Champion unless he has a car capable of doing it.